Why the Battle for Animal Rights is a Human Issue Too 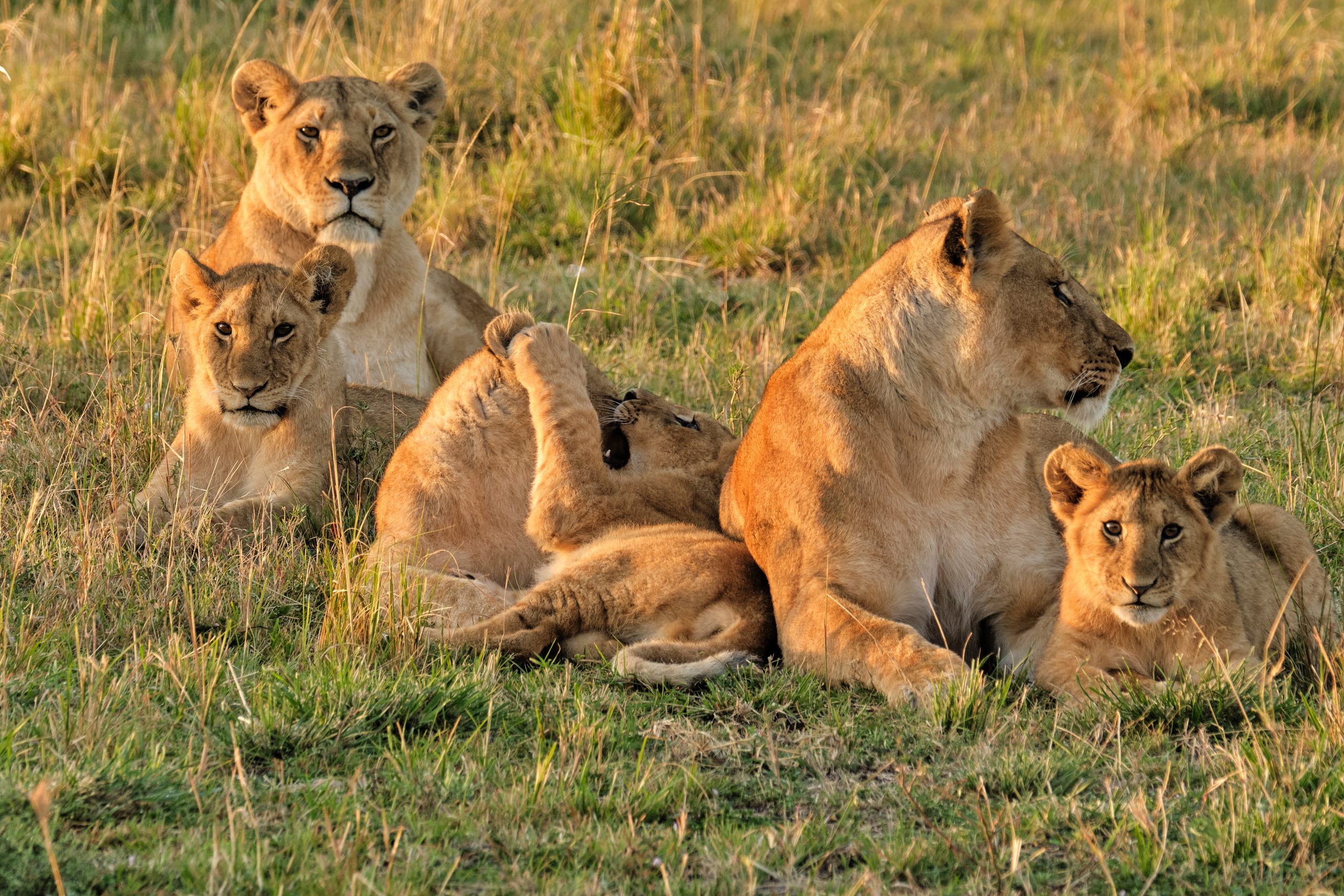 Animals hold such an ironic place in our consciousness. They are simultaneously so much easier to love than other human beings, and so much easier to discard. I think it boils down to fear: we may fear meeting a bear in the woods, but we don’t fear learning to understand the bear, firstly because it is more difficult to do than to understand another human, and secondly, because what we learn of that bear’s experience is less likely to rock the foundations of our own (though maybe it should). Other people, however, pose an immediate threat to our egoic mind: the very fabric of how we perceive ourselves and how we live can be torn when we recognize that the experiences of other people are just as important as our own. But this hardly means we care more about animals than other humans.

How Do We Care for Animals?

In an article called “Why People Care More About Pets than Other Humans,” Hal Herzog, author of Some We Love; Some We Hate; Some We Eat: Why It’s So Hard to Think Straight About Animals, discusses the discrepancies in people’s reactions to news stories about police brutality directed at humans versus that directed at companion animals. While he makes the excellent point that “while we deeply love our pets, there is little hue and cry over the 24 horses that die on race tracks in the United States each week, let alone the horrific treatment of the nine billion broiler chickens Americans consume annually,” he suggests that humans have unlimited sympathy for certain species: “big-eye baby seals, circus elephants, chimpanzees, killer whales at Sea World, etc.”

I think an important note to make would be that while humans might feel strong pangs of sympathy for the “big-eye baby seals,” there are still government-subsidized seal hunts (in which baby seals are beaten to death in front of their mothers) in Canada and elsewhere. People may laugh adoringly at funny chimpanzee videos on YouTube, but still support (either knowingly or through semi-purposeful ignorance) nightmare-worthy medical testing on chimps. We may recognize that elephants are animals capable of emotion, but circuses that abduct elephants from the wild, drag them around the world in tiny trailers, and savagely beat them to force them to do tricks, are still legal in a country where slavery of human beings has been illegal for well over a century.

Though we may react more emotionally to a movie dog’s death than to a human character’s death in a movie, it is a paltry argument that we “care more” about pets when animals around the world are treated as a commodity. When someone says, “I love people,” we assume they don’t partake in the killing of other people. When someone says, “I love animals,” it’s a safe bet that they still eat them, and support with their dollars the horrific factory farming industry. Dedicate your life to a cause aiding humans, and watch the accolades roll in; announce a simple dietary switch to veganism and watch your friends lose their minds over “nutrition.” We don’t care MORE about animals, and the fact that we care about them at all is remarkable, considering how poorly we treat them in general. There is a paradox: we love animals, and we exploit animals.

But we exploit people, too. Let’s touch on the forced labor of human beings, and the fact that something so evil can exist at all. Every day, people who would never wish harm on an innocent person, people who would weep if they could see the conditions of a sweatshop in Bangladesh, or a palm oil labor camp in Borneo, support and with their dollars condone this most basic immorality by purchasing products made by slave labor. While it is exceedingly difficult for most of us to eschew these products completely, perhaps this highlights the same aforementioned paradox.

We care that teenagers are entrapped to work in such inhumane conditions that they commit suicide, but we like having an iPhone more. (The Foxxcon Plant in Taiwan, which manufactures products including Apple, has put suicide nets up around its buildings, to stave the inevitable.) We care that young Burmese men are being drugged and dragged onto Thai fishing boats, where they will be worked, beaten, and traded as slaves and potentially killed by ruthless captains, but you can’t beat those fish prices.

The public outcry over Cecil the lion has been remarkable, considering its hypocrisy, but also remarkable in that it shows our ability to shake off our apathy. Yes, the same people who mourn Cecil may feel nothing for animals slaughtered for human consumption, but at least they are able to feel at all. An animal advocate becomes easily discouraged by the seemingly impenetrable apathy of the general public, so instead of decrying Cecil vigilantes as hypocrites, perhaps hope should be taken from this situation: people can feel, and unfortunately, it’s just easier for them to connect with the story of an individual – whether it’s a majestic, murdered lion, a gentle rescued lamb, or a single victim of human trafficking – than to the plight of the masses, whether it be cows or humans. This is one of the beauties of social media: videos, photos, and stories connect us to the lives of others – cow or human – in surprisingly emotional ways.

It isn’t just animal advocates and activists fed up with the Cecil hoopla: after Jimmy Kimmel shed a televised tear for the lion, my Facebook feed exploded with “why doesn’t Kimmel cry on TV when a person of color dies in police custody?” People also wondered why so many of their social media “friends” shared stories, photos, and petitions avenging Cecil, yet had not shared anything regarding the over-100 person body count of black Americans killed by police this year. As a person who shares animal-related stories and information on social media, and admittedly stays largely silent in that forum on other issues, I like to think that compassion for animals and other people are intrinsically related, and in a circle of friends who share politically driven content daily, I prefer my contributions to be highly specific, if only to not saturate the market. I do understand people’s reactions to armchair activism, though: there is a laziness to much of the Cecil outrage that may frustrate those who attend protests, opine with care, and live their lives in extremely socially conscious ways. People who have been tear-gassed at an anti-police brutality rally may find their friends’ Cecil musings to ring hollow.

But this also reminds me of a circus protest I once attended, at which an adult hipster couple walked into the Ringling tent (not your typical circus attendees) and sneered at us as they passed: “Why don’t you go help the homeless?” Though I’d heard similar sentiments before, it never fails to surprise me that people think of the issues as somehow opposed. Most of the animal rights activists I know are also human rights activists, from my dear friends who pull animals from overcrowded shelters to foster them and also do social work and volunteer at tutoring programs, to Dan Matthews, the Vice President of PETA, who is powerfully vocal for gay rights. People who really care are often at the mercy of their caring: they can’t simply share a quick link on Facebook; they must act. But should they condemn “armchair activists,” this would be a huge mistake. To discourage any compassionate feelings in others for the sake of promoting a slightly different agenda ultimately does no good for any agenda, and dampens the spark of feeling that can start with a single lion and grow to include all animals – including humans.

Coming Together for the Collective Benefit

This is difficult for people to recognize, however. Years ago, when I worked for a prominent animal rights organization, a friend who I had previously thought understood how nonprofits work told me she had a problem with my organization because they “don’t do enough for the rainforest.” While I am the first to say that all these issues are interconnected, we often have to work on them one at a time, piece by piece, especially when working to change legislature. For the frustrated activist, perhaps wiser than putting down a Cecil supporter for not promoting a different cause, is relating with their ability to feel something for any cause, and capitalizing on that.

I certainly hope all my activist friends continue to fight for many different changes to be made in this world, for animals and for people, because compassion is a funny thing: developing it for one group doesn’t diminish it for another. In fact, quite the opposite. It is ever-expanding by its very nature.