Where Does Eric Adams, the Democratic Nominee for Mayor of NYC Stand on Animal Welfare? 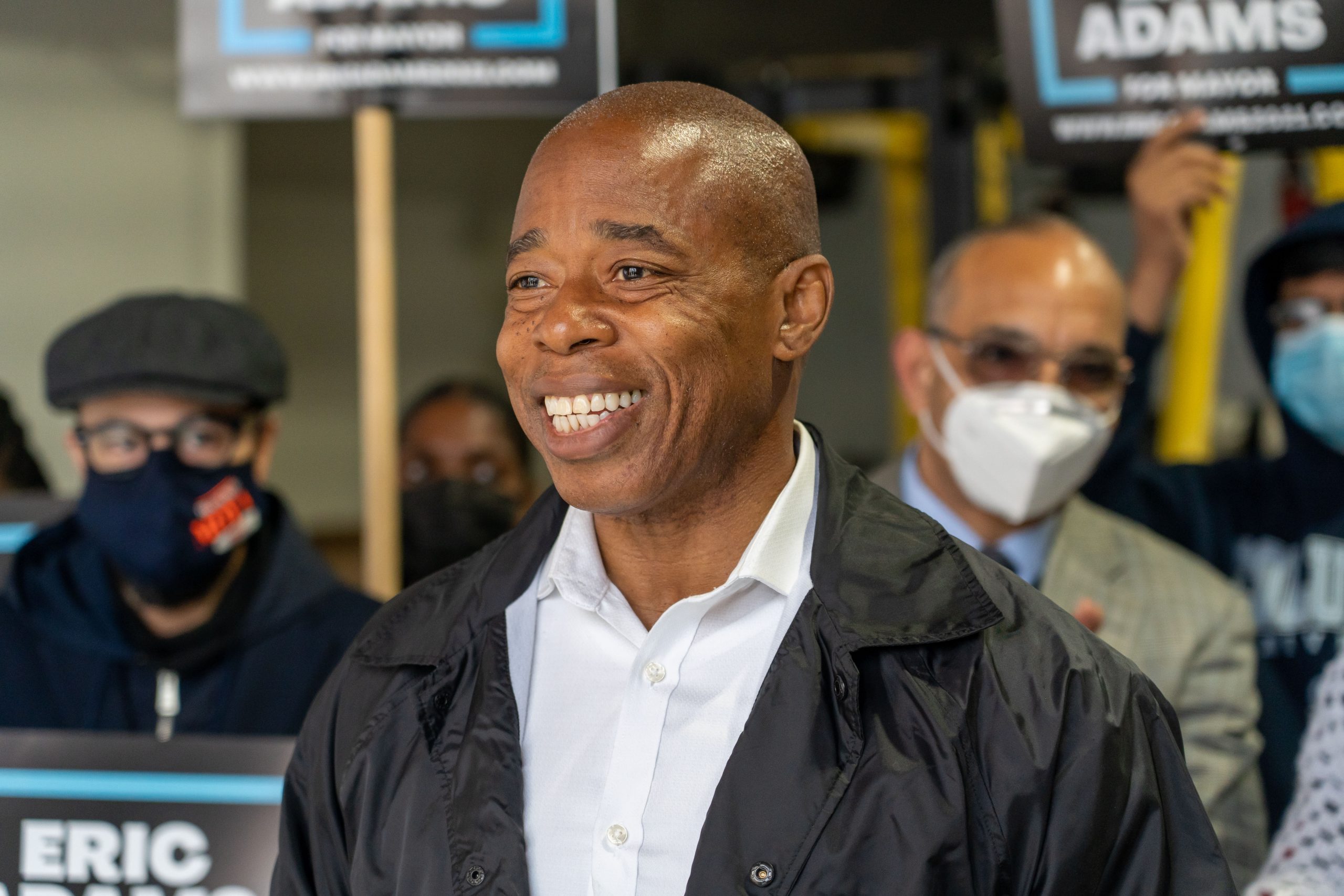 Eric Adams has won the New York City Democratic Mayoral primary race. Adams follows a plant-based diet and has made numerous pledges to the environment. The former Brooklyn Borough President is also an animal activist, with numerous animal welfare provisions and history during his tenure

Adams has spoken out against the use of wild animals in circuses and urged companies using live animals for entertainment to discontinue the practice, including Ringling Bros. In a statement against circuses, he said he would “seek out and support common-sense measures that advance the well-being of all Brooklynites, whether they walk on two legs or four.”

In 2011, Adams led a rally to urge the city to end the slaughter of geese in Prospect Park (a practice the city has since ended.) “The relationship between a mother and child is not unique to human beings. These are babies, no matter what term we use for them,” he said, showing a photo of a mother goose and her children.

In addition to keeping a plant-based diet himself, Adams also urges others to reduce their consumption of animal products and speaks out for farmed animals. In 2021, Adams supported World Animal Protection’s Meating Halfway 21-day journey. “By choosing to eat more plant-based foods, we can create a more sustainable and equitable food system that’s better for our planet, our city, ourselves, and animals. I personally know the many benefits of eating less meat, dairy, and eggs,” he said of the endorsement. In schools, hospitals, and jails, he advocated for Meatless Mondays and the introduction of non-dairy alternatives. He was also a supporter of the foie gras ban of 2019 and a push for NYC to consider food in its climate goals.

Adams has made numerous choices to support shelter and rescue animals. He has advocated for pet adoption and supported a $100 tax credit for New Yorkers that adopt a pet. He also hosted the first-ever Brooklyn Animal Rescue Summit in 2017 and four feral cat initiatives at Brooklyn Borough Hall. His housing plan even includes pet-friendly housing policies to help keep shelters from getting overcrowded.

Read more about Adams and the mayoral race in One Green Planet.

Read more about Adams’ work as Brooklyn borough president check out these articles:

For those of you interested in eating more plant-based, we highly recommend downloading the Food Monster App — with over 15,000 delicious recipes, it is the largest plant-based recipe resource to help reduce your environmental footprint, save animals and get healthy! And, while you are at it, we encourage you to also learn about the environmental and health benefits of a plant-based diet.