Brooklyn Borough President Eric Adams: If We Don’t Let Kids Smoke Cigarettes, Why Are We Feeding Them Processed Meat? 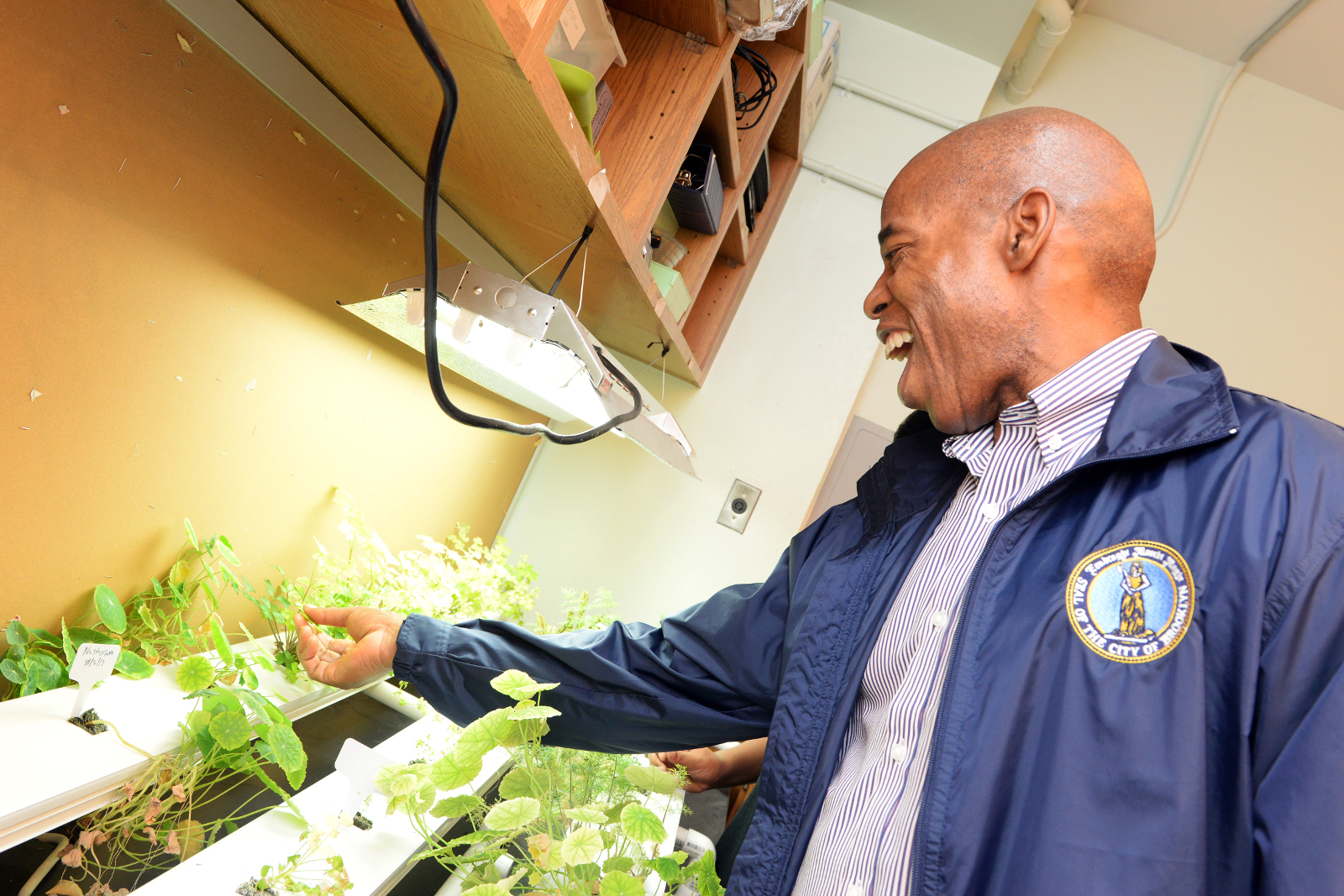 Back in 2015, the International Agency for Research on Cancer (IARC), an agency that is part of the World Health Organization (WHO), announced that processed meat is now classified as a carcinogen that, according to Dr. Joel Kahn, has a cancer risk on par with the infamous pesticide, glyphosate. Diesel fumes and tobacco have also been given this classification. Twenty-two experts from 10 countries reviewed more than 800 studies to make this classification and concluded that eating four pieces of bacon or one hot dog every day increased the risk of colorectal cancer by 18 percent. Red meat also gained this dishonorable status and researchers noted consumption can lead to increased risk of colorectal, pancreatic, and prostate cancer.

This was a rather shocking revelation when it first came out, after all, no one wanted to hear that their beloved BLTs were going to give them cancer. After the initial fervor, however, not a whole lot changed. Bacon, bologna, and other processed meats still appeared on grocery shelves and restaurant menus, but possibly most disturbing of all, they continued to be served at lunchtime in schools.

In a recent episode of #EatForThePlanet with Nil Zacharias, Brooklyn Borough President Eric Adams addresses this issue and rather plainly stated, “Since it’s against the law to give a cigarette to a child, it should be against the law to serve processed meat in our schools.”

Borough President Adams has advocated for a better food system since he cured his own type 2 diabetes with a whole food, plant-based diet, and he does not shy away from telling the truth about what processed meat products are doing to our bodies.

As he said, “No mother wants or father wants to intentionally do something that’s harmful to their child. The most devastating aspect and heart-wrenching aspect of this journey is discovering that the food I fed my son, contributed to his allergies and his asthma.”

For Adams, there is no room to deny the impact of our food choices – the question is how can we collectively work to ensure that everyone has access to better?

Helping people take control of their own health, like he did with his own, is a crucial part of the work Adams does and he openly encourages his constituents to go to their elected officials and urge them to use their procurement dollars in schools to buy food that is healthy and will promote longevity.

Not only that but in this episode, he talks about the many ways he is using his platform to spread the knowledge that a plant-based diet can prevent disease and improve health. So far, he has hosted vegan meet-ups at Borough Hall, inspired vegan food challenges in churches and communities, mandated that every event held in Borough Hall include a vegan option, and he has built a community of plant-based doctors in the NYC area. He is also a proponent of hydroponic technology and believes home systems can vastly improve access to fresh vegetables and fruit.

Adams believes that change in our food system will happen on a grassroots level and grow from there. Hopefully, thanks to the foundation he is laying in Brooklyn, paired with a growing global awareness, the days where kids are fed unhealthy junk in school will end and community-based agriculture and knowledge about the power of a plant-based diet will thrive.

If you want to learn more about how to affect change in your community, do not miss this episode! 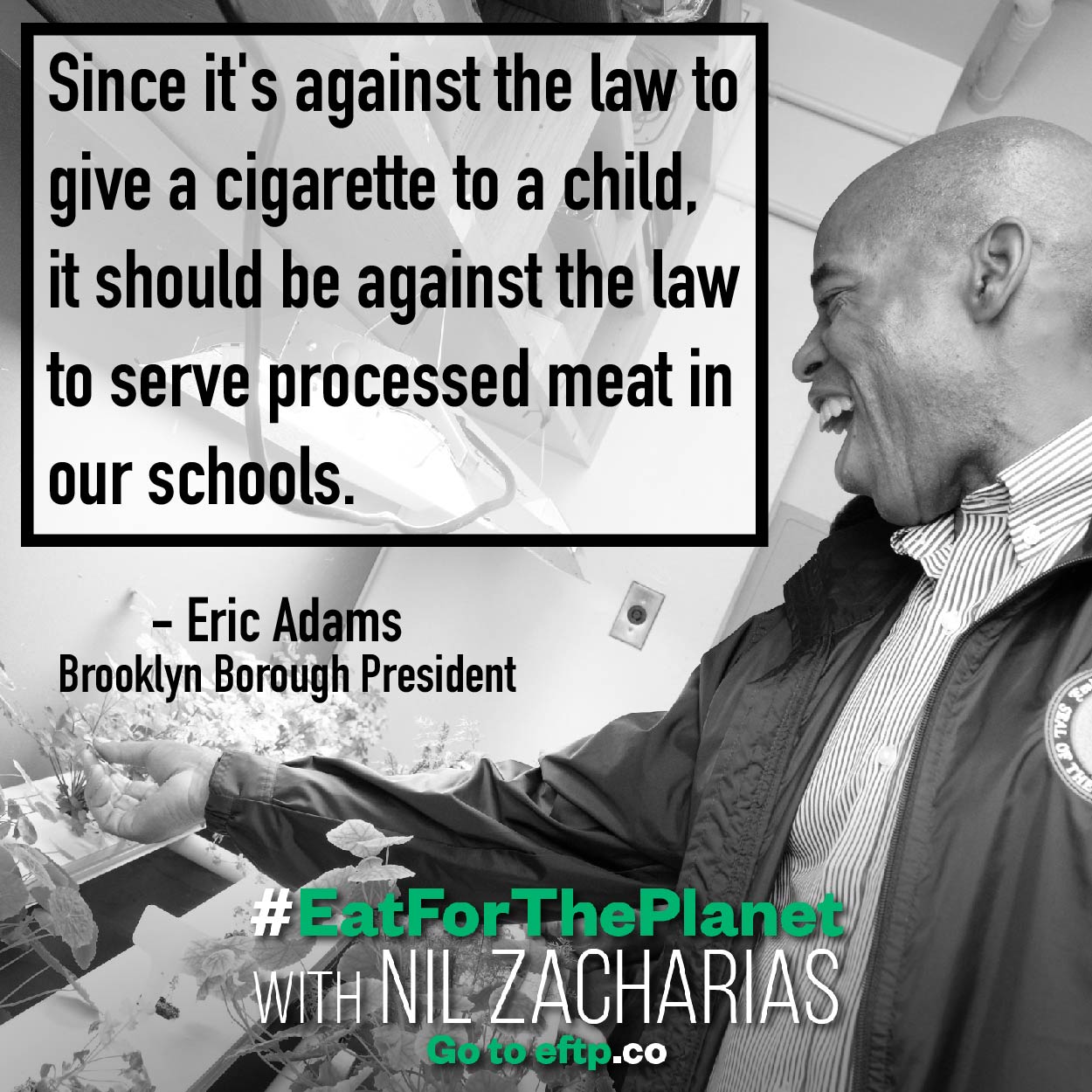