Meat and Masculinity: Why American Men are Wrong 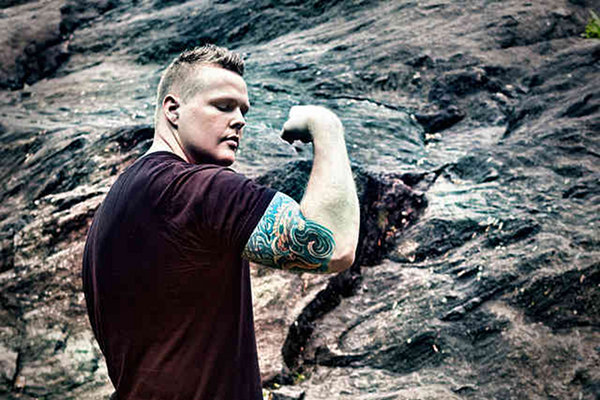 Society might think a vegan or vegetarian man is a rare thing. Why would a man give up meat? Wouldn’t that take away their manliness and the idea of men as the beefy, muscular hunters of prehistoric times?

A new study published in the Journal of Consumer Research has found why men don’t find a plant-based diet as manly. They found that “to the strong, traditional, macho, bicep-flexing, all-American male, red meat is a strong, traditional, macho, bicep-flexing, All-American food” directly linked to masculinity. Eating meat alternatives and vegetables, on the other hand, was considered giving up “food they saw as strong and powerful like themselves for a food they saw as weak and wimpy.”

This perception of a plant-based diet can change if plant proteins and veggies are marketed to that macho audience.  The study authors suggest, “reshaping soy burgers to make them resemble beef or giving them grill marks might help cautious men make the transition.”

Really? Fake grill marks equals manliness? Making soy burgers look like animal flesh makes it masculine? As the brilliant Carol J. Adams put in this article, “Isn’t there something a little ironic that the equating of meat with freedom and strength requires accepting cultural dictates (non-freedom) and being afraid to challenge stereotypes (surely a form of weakness) and benefiting from some entirely cowardly ways of treating and killing animals?”

True strength can be found in looking past our cultural blinders and embracing compassion and great health. Just ask triathlete Brendan Brazier, vegan bodybuilder Derek Tresize and ultra-endurance athlete Rich Roll who have proven that strength, muscles and veggies do indeed go hand in hand!