Whale Watching is in Full Swing in Norway! Check out These Amazing Views of Whales (PHOTOS) 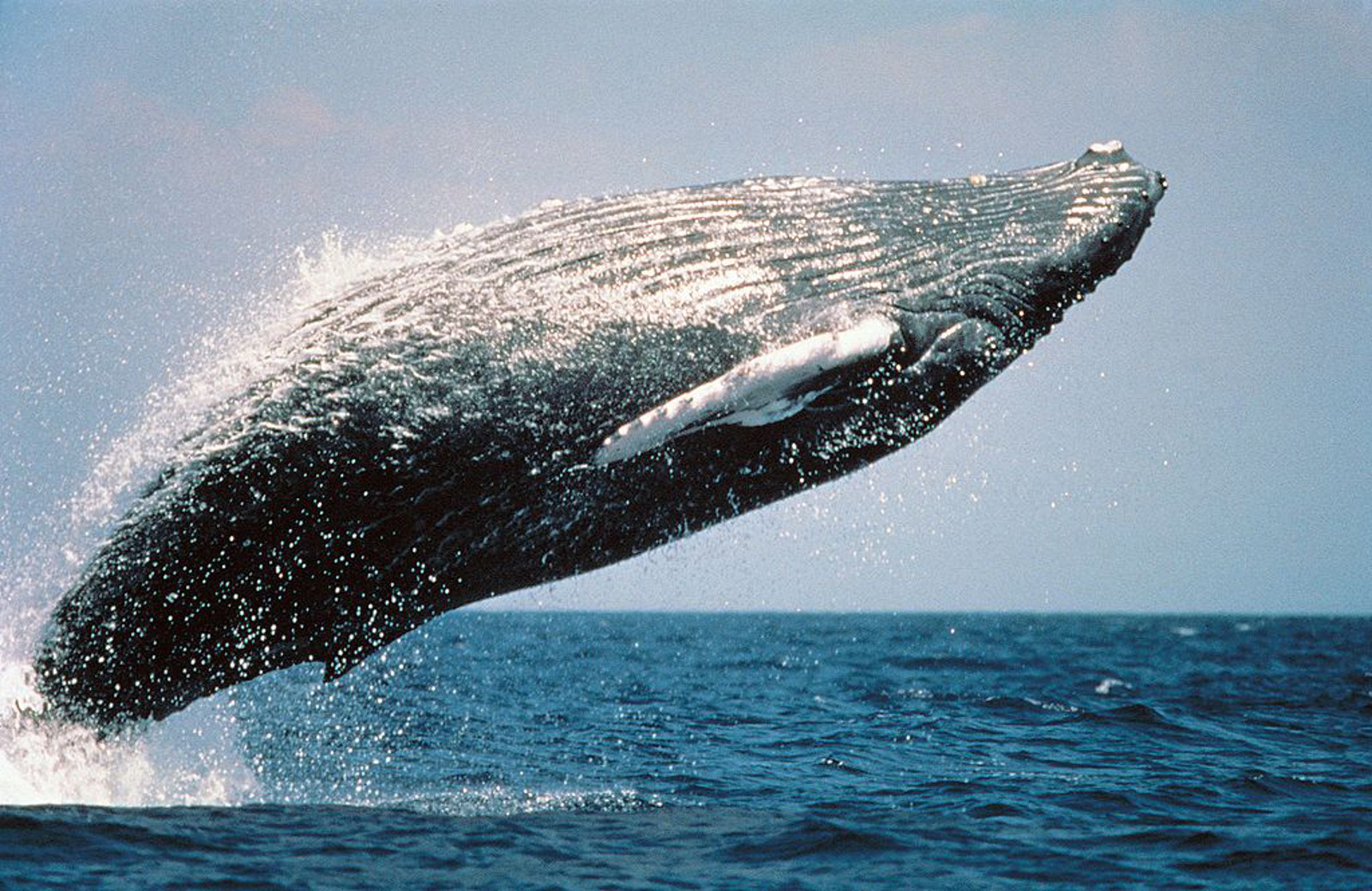 The whale watching season has just begun in Norway, and if the first few days are anything to go by, it’s going to be one to remember. Some stunning photos and videos have been emerging, especially from the aptly named ‘Whale Island’ (Kvaløya) in the north of the country. This area is well known for its outstanding natural beauty ­– snowy mountains rising out of deep blue fjords – but it is the marine life that is really stealing the show now.

The below video shows stunning drone footage of the action. Just when you think a majestic pod of Norwegian orcas was enough, huge shapes emerge from the deep, and several humpback whales come up to breathe…

An Abundance of Fish

The reason for this sudden explosion of whales becomes clear when you look at the following incredible underwater photos, recently featured in National Geographic.

Fish. And lots of it! 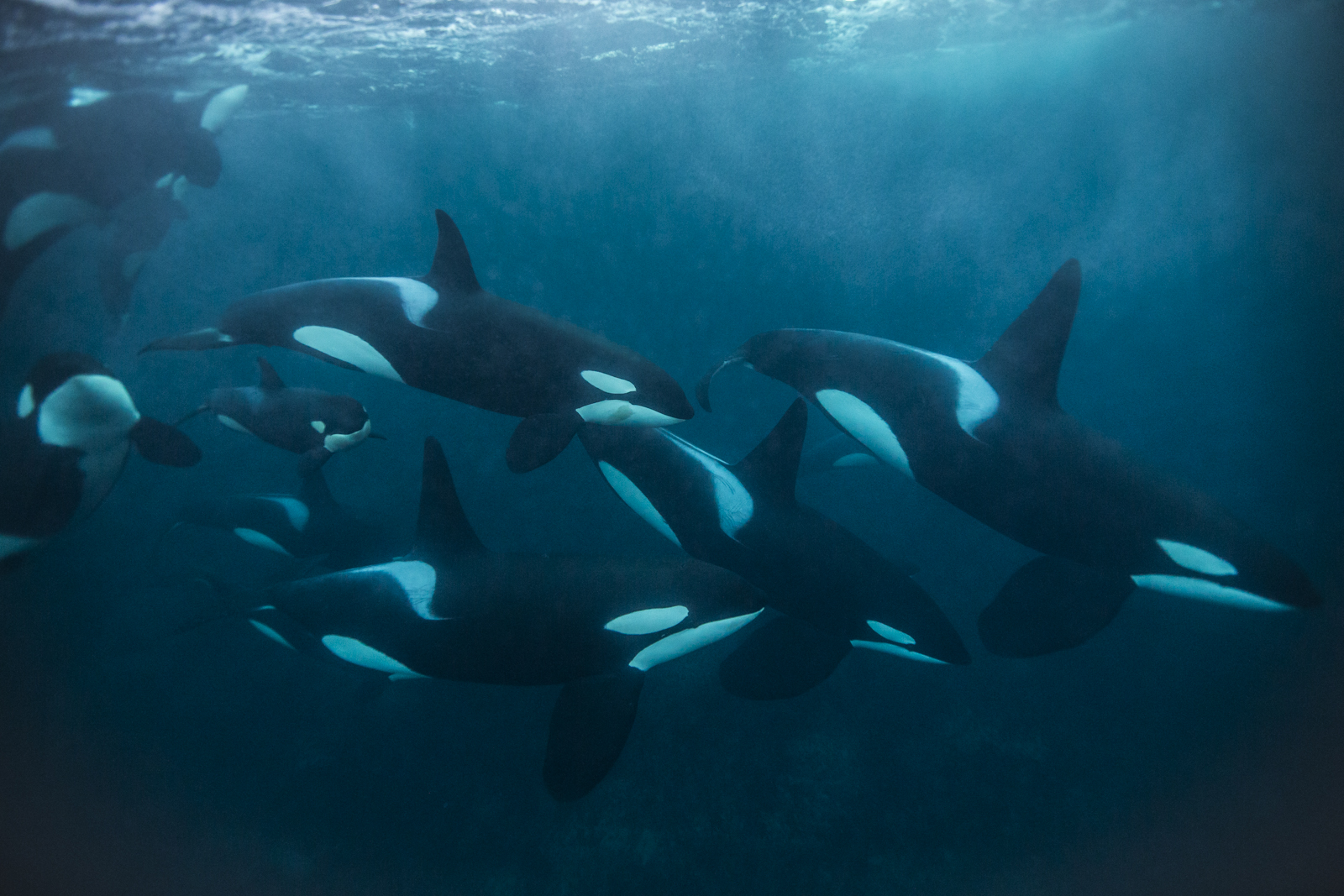 In these photos, the orcas are showing some incredible and unique hunting techniques. Working together as a team, they herd the herring into a tighter and tighter ball, using the surface of the water and the steep shelves of the fjord to trap them together. Every orca plays a part, and every pod member takes a turn to feed. Small calves closely mirror their mother’s moves, honing the herring catching skills that will become so important to them in later life. 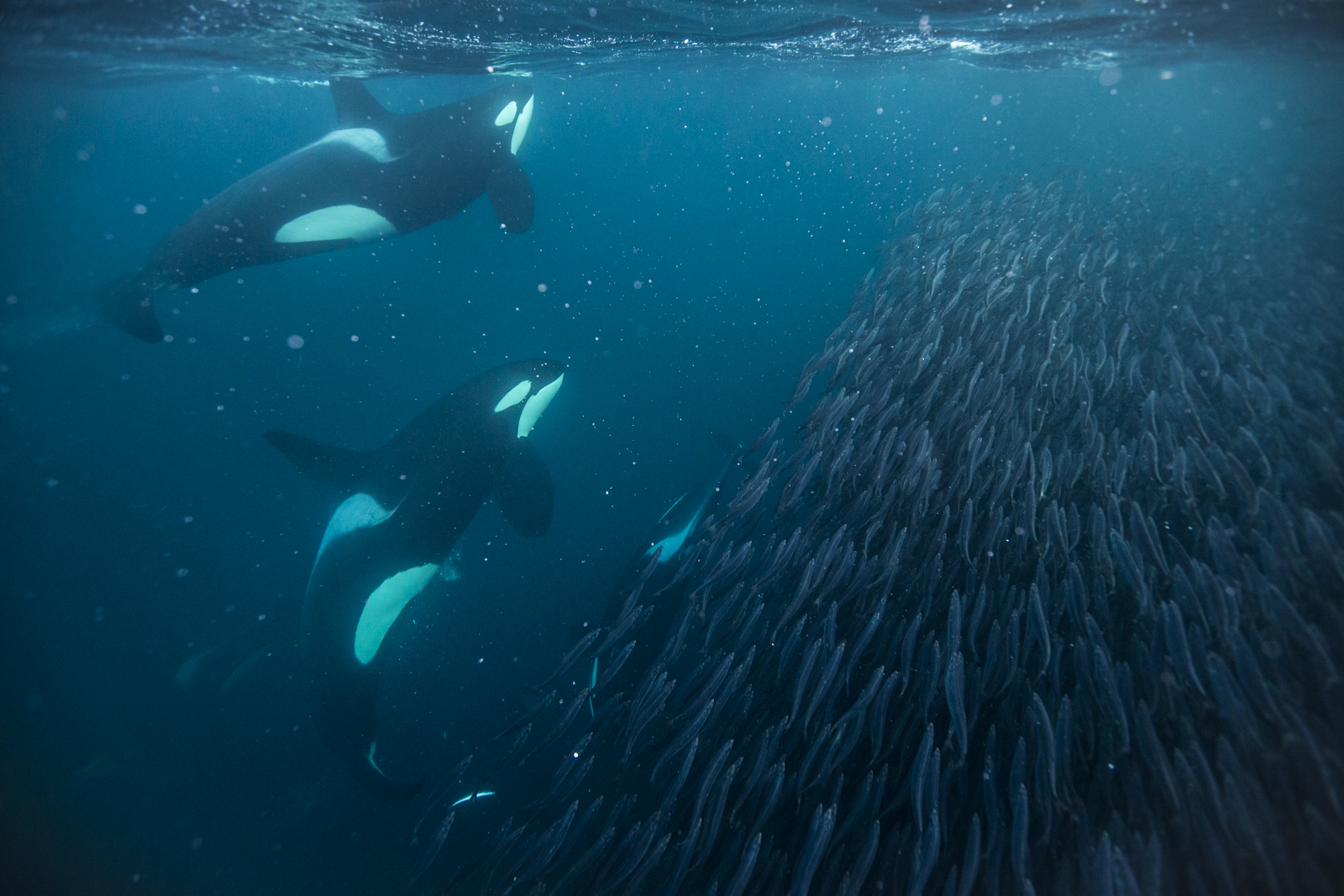 And then comes the even more incredible part – humpback whales! Lurking in the background, they wait for the opportunity to take advantage of the orca’s hard work, lurching forward and swallowing tonnes of fish in one huge gulp! They have been dubbed “Norway’s opportunistic fish thieves,” and it is clear why! 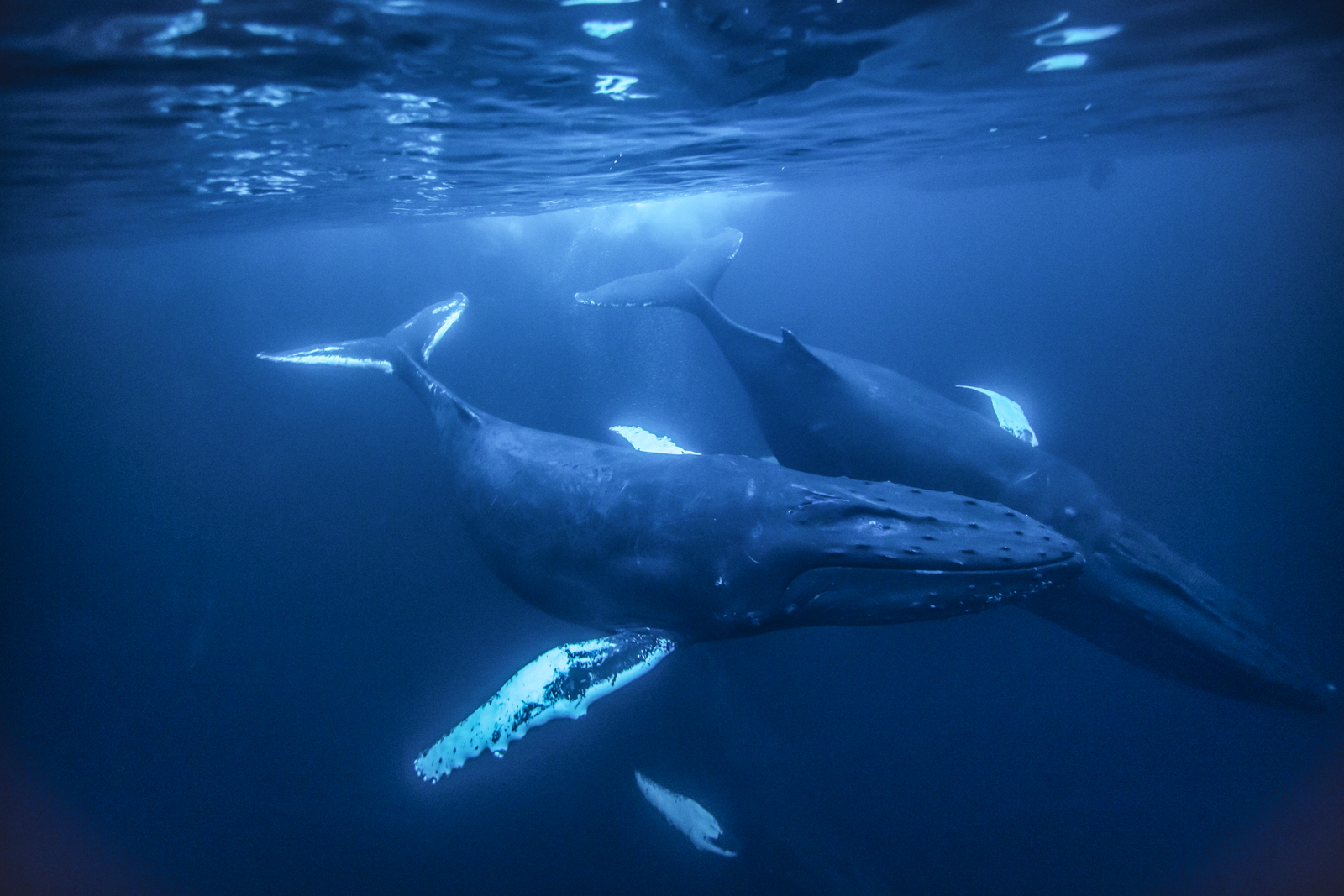 It is unusual to see humpback whales in Norway at this time of year; they would usually have migrated to the Caribbean in the winter in order to mate and give birth to young. But marine biologists have speculated that these humpbacks are young males; and have decided to take advantage of the unique and spectacular feeding opportunities in the fjords. Instead of undertaking the long journey to the Caribbean, where they would in all likelihood miss out on breeding to older and bigger males, why not fatten up all winter instead!

A Little too Close for Comfort!

But a couple of fisherman ended up getting a little closer to these hungry whales than they had bargained for, but getting some awe-inspiring footage nonetheless! Whilst out on the fjord, they spotted whales in the distance. In accordance with good whale watching practice, they slowed their boat and stuck to a straight course. When the whales came closer, they cut the engine to avoid scaring them, disrupting their feeding behaviour, or even worse – hitting them with a propeller. Their patience and respect paid off, with six humpbacks suddenly surrounding the boat and lunging to the surface mere feet away! One fisherman later told TV2 that “the whales had much more control [in knowing where the boat was] than I thought. But it still took time before the pulse was back to normal again!”

Check out the incredible full video below:

“Stealing” all the Fish

In a country which still hunts minke whales, these images and the emotions they ignite can surely be nothing but positive.
But then again, don’t these images of huge whales gobbling up giant balls of fish support that very popular pro-whaling propaganda that whales “steal all the fish” and “need to be managed to preserve fish stocks?”

There is good news here. Many fishermen have in fact reported that they do not view the whales as competition. In one report, a fisherman states “we love to see them, they are majestic creatures. There is enough for all of us up here. And besides, they mainly catch herring, and we are after the cod.”

This supports the decades of research by Canadian researchers, that marine mammals target very different species of fish than humans, and in completely different areas. When we also take into account the very important role that whales play in our ocean ecosystem (even helping to produce the air that we breath!) it is clear that these animals are worth far more alive than dead.

These photos and videos have proven that with the power of social media, and the quality of videos taken just from a smartphone, more and more Norwegians are beginning to realise once again the incredible nature that they have on their doorstep. With the whaling season behind us, at least for another year, perhaps now is it the time to celebrate … the beauty and the diversity that is the whales and dolphins of Norway.