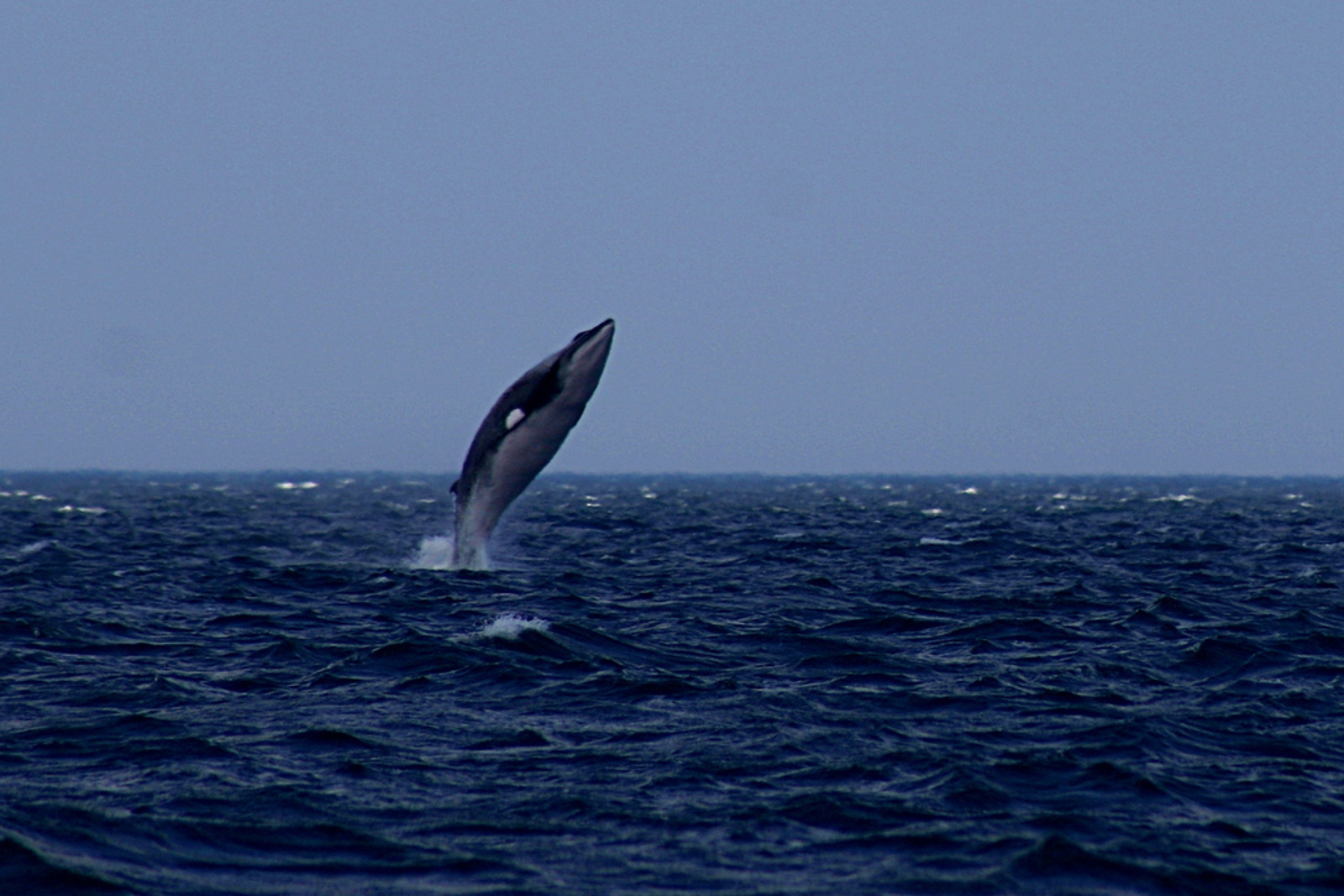 “I will never go to Iceland, Japan or Norway. They hunt whales!” my 8-year-old self proclaimed, as I sat surrounded by magazines and pictures of whales and dolphins, clutching a well-loved dolphin toy named Flipper, given two years earlier on my birthday along with a Whale and Dolphin Conservation adoption for a Scottish dolphin.

Fast forward 15 years, multiple journeys to Norway, and a three-month stint in the Arctic Circle and my well-meaning childhood vow seems a long time ago indeed. However, in the wake of the International Court of Justice’s decision to outlaw Japanese whaling the Antarctic, many people have been questioning the future and the legality of commercial whaling in other countries. Norway is one of the few countries that continues to defy the International Whaling Commission’s (IWC) moratorium banning commercial whaling, allocating itself a quota (1,286 for 2014, the same as last year) to hunt minke whales in the Barents Sea and the area around Svalbard. I decided to look further into the history of whaling in Norway, its current status and its slow but steady decline.

In 2012, I spent some time in Gamvik, a remote fishing village in Arctic Norway, the most northerly village in mainland Europe and once one of the country’s most important whaling stations. Gamvik is far off the tourist trail: the Hurtigruten cruise liners patrolling the fjords of Norway skip this sleepy village and head instead to the far more spectacular-seeming Nordkapp, before sweeping round into Varangerfjord where tourists can go on sled rides pulled by huskies across frozen lakes or try ice fishing under the Northern Lights. Frequently dubbed one of the most spectacular cruises in the world, passengers regularly spot a variety of whale and dolphin species. While joining such a group for an excursion, I overheard an Australian woman asking her guide whether Norway still hunted whales. The guide, with the Norwegian pride that is often mistaken for aloofness, replied that they certainly did not…that whaling was a thing of the past for Norway.

While it seems that many Norwegians would like to believe this, especially when confronted with a challenging Australian (who are notorious for their fierce opposition to the Japanese whaling in the Antarctic), the truth of course is that Norway still hunts whales, with many boats starting out from the Lofoton Islands, an area in the Arctic circle of northwest Norway renowned for its beauty and populations of orca and sperm whales. Whale watching is becoming more popular in this area and, with the tourist trade thriving, some guides seem keen to gloss over Norway’s bloody past and ignore its equally bloody present.

Early last century, over 2,000 fisherman poured into Gamvik’s sister village of Mehamn and demanded a halt to the killing of whales. The fisherman believed that the sudden plunge in cod and capelin stocks were linked to the whaling activities – as the whales normally drove the fish towards the shore for the fisherman to catch. In the following government election, the Norwegian Labour party rose to power for the very first time, on the back of its anti-whaling stance. (Unbeknown to the fisherman at the time, but they might have been right after all to link the declining whale population with declining fish stocks. That “whales need to be killed to protect fish stocks” is an often-cited piece of propaganda paraded by pro-whalers, with no scientific basis.)

Sadly, the “Mehamn revolution” did not bring about an end to the hunts. Since the IWC moratorium in 1986, Norwegian whalers have killed over 10,500 minke whales, resuming commercial whaling in 1993 under an objection to Article V of the ICRW (International Convention for the Regulation of Whaling, the IWC’s founding treaty). Using the loophole that the minke whale was not endangered in Norwegian waters, the killing continued, despite international condemnation, and Norway has been desperately trying to prove to the international community that the practice is both humane and sustainable, investing in “more humane” killing methods and a DNA register. The Norwegian government publicly declared to the outside world that it did not subsidize the hunts, although an analysis of the various tax-free allowances given to the whalers strongly indicates otherwise.

And yet, despite their best efforts, the whaling industry in Norway is failing. The tides are changing. For at least the past eight years, Norway has taken less than half of its self-allocated quota of minke whales. The number of vessels participating in the hunts fluctuates year on year. The cost of destroying the mercury-saturated blubber is increasing and far outstrips any possible economic benefits from the meat and by-products, the market for which is dwindling year after year.

The majority of the population scorns whale meat and, even disregarding the moral concerns around “harvesting” whales — the term used by the Norwegian fisheries website; a strikingly ugly way to describe the killing of a mammal with proven intelligence and sentience –- the simple economics of whaling dictates its fate.

Young people no longer seek a career in whaling: a turn in the country’s fortune since its discovery of oil has meant that a good wage can be earned without taking to the seas. The remaining whalers are mostly retirement age and most Norwegian conservation societies seem to have given the whaling campaign a back seat, content to let it run its course to a slow but inevitable end.

It is my belief that after years of campaigns and a maturity of ethical values, people are beginning to realize that the true worth of a whale is not something that can be measured in terms of a resource to be “harvested” but rather a treasure to be shared. Norwegian whaling is now slowly dying its own, and timely, death. And it can’t come soon enough.