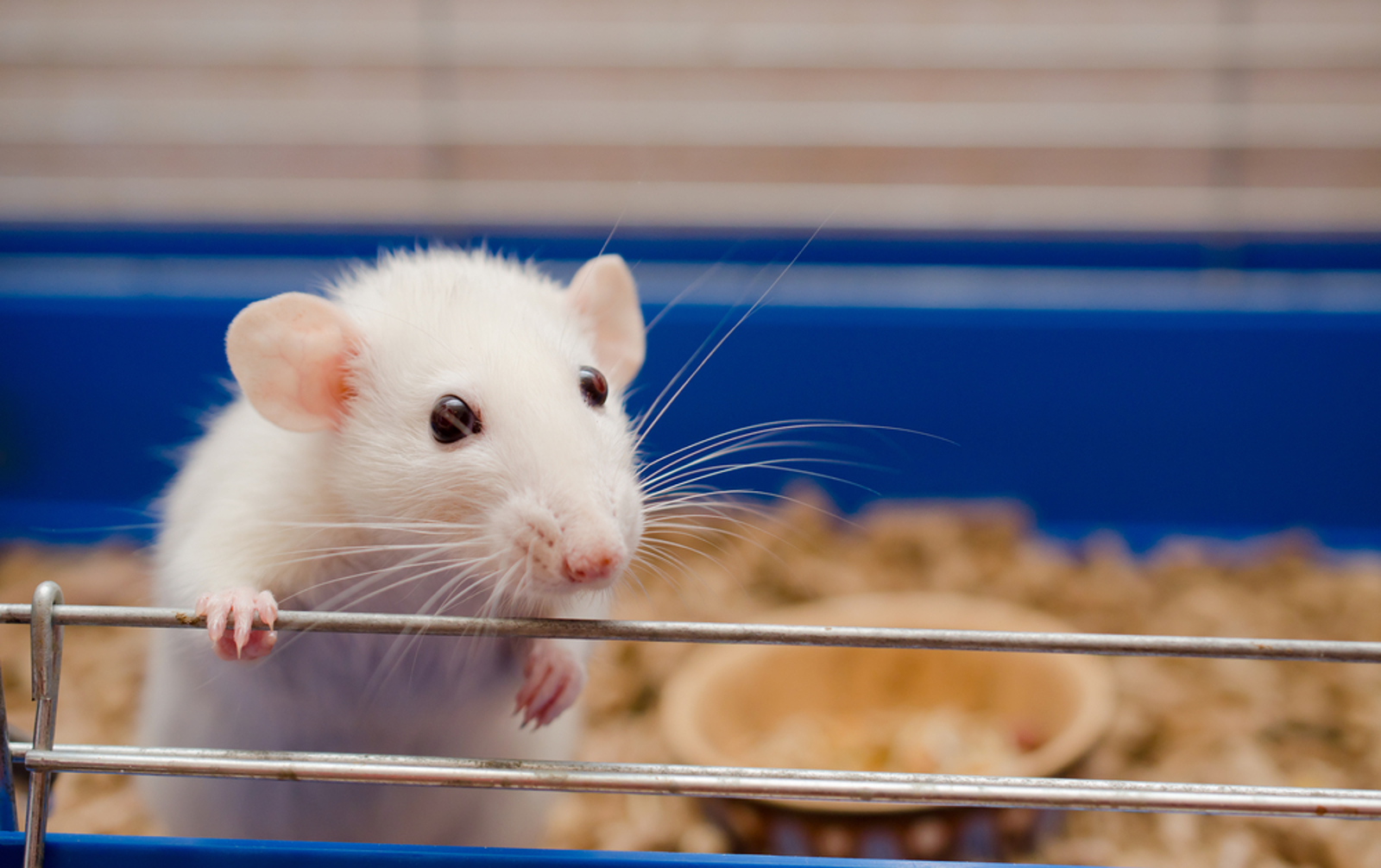 There is no denying that the history of medical and technological advancement is littered with the untold stories of animals who have lost their lives or their well-being during the process of laboratory testing. Chimpanzees, beagles, rats, and mice are a few of the most well-known animals who have historically been used as test subjects by the pharmaceutical, cosmetics, and food testing industries.

Between 70,000 and 75,000 dogs are used for research in the U.S. every year, with beagles making up the majority of this number. Around 100 million rodents and other rodents are killed in U.S. laboratories each year, after being subjected to a wide range of experiments, ranging from toxicology trials to psychological tests. Chimpanzees, meanwhile, share 90 percent of their DNA with humans, and have demonstrated many of the same capacities for compassion, fun, friendship, and wisdom that are commonly exhibited in our own species. Luckily, many chimp testing facilities across the U.S. are now choosing to release their remaining animals, as more effective research methods are discovered and implemented.

From a scientific perspective, there are enough reasons for skepticism about the animal research model to justify developing alternative testing methods. In biomedical research, for example, the use of animal test subjects limits our ability to fully understand the development of human-specific diseases, due to species-specific differences in anatomy, biochemistry, and toxic responses.  Aspirin, for example, which is a commonly used pain relief medication for many people around the world, causes severe birth defects in rodents, dogs, cats, and monkeys.

Thankfully, the tides are turning against animal testing and organizations who work to give former lab animals better lives are becoming increasingly common. With a combination of education, better technology, and a lot of dedicated individuals, we could see an end to unnecessary animal testing in our lifetime.

The inspiring stories of the rescued laboratory animals below – who managed to overcome the odds and learn how to trust again – will make it clear exactly why animal testing should come to an end as soon as possible. 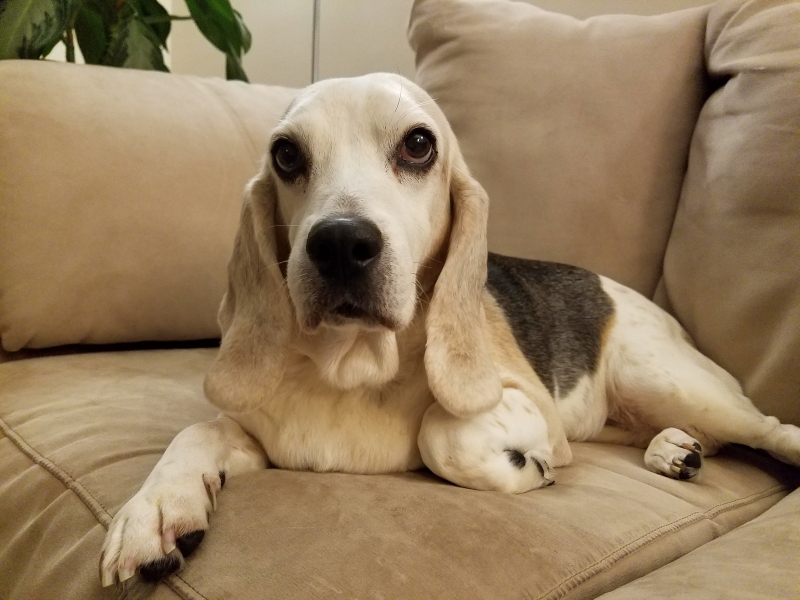 Nelly was rehomed by the Beagle Freedom Project, an amazing group that works to save beagles who are suffering at the hands of the animal testing industries. In their words, Nelly had a “horrifying” start in life, as she was “used for years as a laboratory test-tube, was mutilated, sold, then abandoned, shot, and ultimately left for dead with two other murdered beagles in a locked crate on the side of a desolate road in Florida.” This scenario is all too common for laboratory dogs.

As if that weren’t bad enough, her rescuers also discovered that she had an untreated tumor growing near her hind leg. Recovery from such an ordeal may have seemed impossible, but Nelly managed to pull through, and ultimately found a loving forever home with Terri, a woman who adores the brave pooch and has made very effort to help her recover from her trauma. Nelly now has her own Facebook page, where fans can keep up with her progress.

Sadly, most dogs are not as fortunate as Nelly, and are put down shortly after their usage in laboratory tests. The good news is there are many dedicated beagle rescue groups throughout the country who are dedicated to ensuring that those few lucky dogs who are retired from laboratory use are given the chance to experience a loving home. The happy tales (tails?) of the pooches who have been successfully rehomed by these organizations is a testament to the importance of their work. If you have never witnessed the boundless joy of a dog who has just discovered that soft grass, fresh air, and natural light exist, you need to check out this heartwarming video right now! 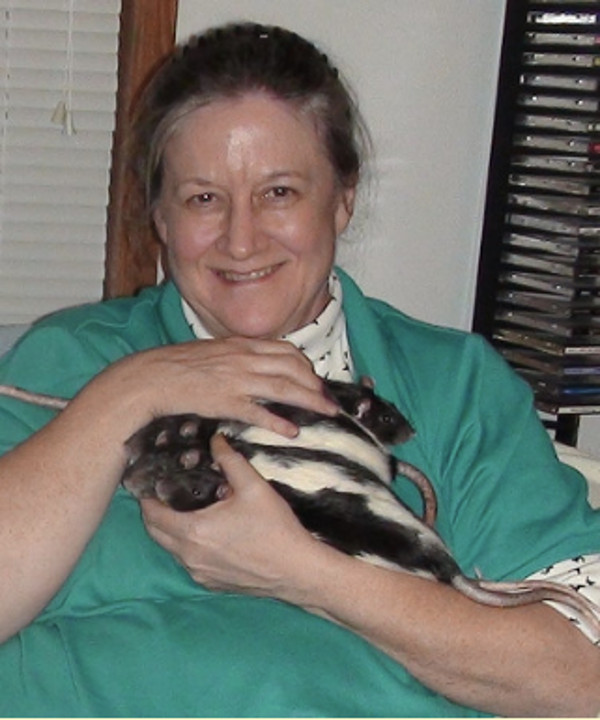 These seven rats (four of whom are pictured above) were lucky enough to be rescued from life in a laboratory and rehomed with a woman named Karen. Their names, Sevnee, Levnee, Ate, Tennie, Tweneefor, Therdyfor, and Therdeeate, are a play on the numbers that were assigned to them when they lived as lab rats: seven, eleven, eight, ten, twenty-four, thirty-four and thirty-eight.

Once they reached their new home, their true personalities were allowed to shine, and they were no longer regarded as nothing more than a number. As soon as they met their new human, it was love at first sight for all involved! Their intelligent and affectionate natures prove prove that, contrary to human-generated stereotypes about rats, these animals are more than capable of becoming much-loved family pets. This rescued chimp, who currently lives at the Save The Chimps (STC) sanctuary in Fort Pierce, Fla., was born at the Coulston Foundation research lab in Alamogordo, NM on May 21, 1999. Shortly after his birth, he was separated from his mother Melissa and prepared for his life as a laboratory test subject, along with a group of other baby chimpanzees. During his time at Coulston, Elway was anesthetized every month for blood sampling. However, the research facility was taken over by STC in 2002. He quickly became a member of “Alice’s Family,” STC’s nickname for a group of chimps who were all rescued from the Coulston research facility. Today, STC carers describe him as “a clever, mischievous chimp,” and everyone at the sanctuary agrees that he is “irresistible.”

A Better Future for Animals

The stories of these animals indicate that they each have their own personalities, desires, and a will to live that deserves to be respected. While we may have grown accustomed to seeing members of their species as disposable objects, to be used and discarded as we see fit, there is no need for this situation to go on forever. Many alternatives to animal testing have emerged in recent years, based on the clinical observation of human patients, the use of in vitro research with human tissue, computer modeling, human drug surveillance, and autopsies, to name a few methods. Pioneering organizations such as the Dr. Hadwen Trust and the American Anti-Vivisection Society are helping to drive forward these advancements and encourage the gradual phasing-out of animal testing. This – together with a number of recent legal victories by animal advocacy groups – indicates that animal testing could soon be a thing of the past!