How Chimpanzees Can Teach Us All to Be More Human 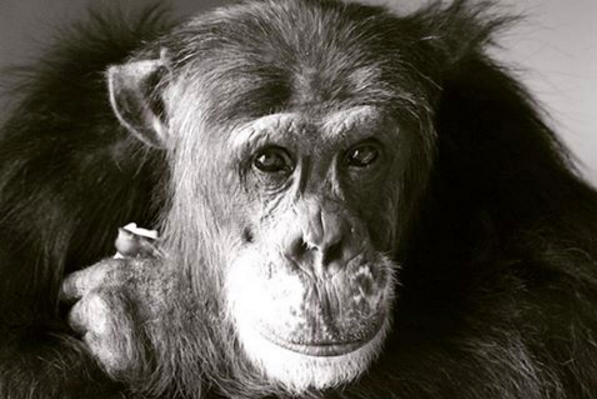 I have met many chimpanzees over the years, but my chimpanzee family since 2008 has been the seven chimpanzees at Chimpanzee Sanctuary Northwest in Washington State. This group of chimps came to the sanctuary after years of being used by the biomedical testing industry, and some were pets or “entertainers” prior to that. Each of the chimpanzees has very unique likes, dislikes, and personalities. They are a complex bunch who teach me new things each day. Below are just a few of the things I have learned from them:

Annie has taught me that it’s never too late to change and that a powerful confidence can be hidden inside even the most anxious individual. When the chimpanzees first arrived at the sanctuary, Annie was clearly at the bottom of the hierarchy, and she was insecure. She would have panic attacks, particularly in social situations where she seemed to misinterpret or overreact to the other chimpanzees. Seven and a half years later, Annie is a different chimpanzee altogether. She is bold and independent and often has an amazing quiet serenity about her. 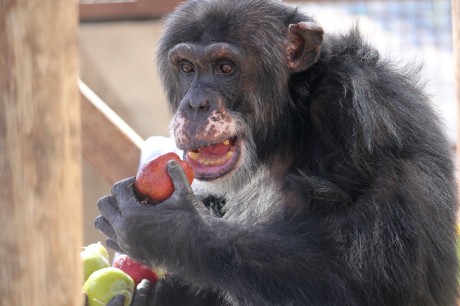 Burrito has taught me that there’s no need to hide your enthusiasm for the things that make you happy. Burrito is the one male of the group of seven and the youngest. His excitement for food knows no bounds and is positively contagious. We provide the chimpanzees with a large variety of fresh produce, seeds, and nuts each day, and he is a true Green Monster! 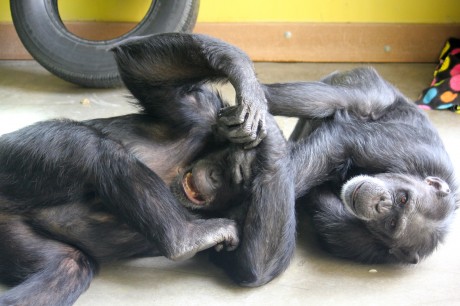 Foxie (one the right in the above photo) has taught me that everyone should let their inner kid shine. All seven of the chimpanzees are well into adulthood, even old age by chimpanzee standards. Foxie turned 39 in August, but you wouldn’t be able to guess her age by watching her spin, pirouette, and hang upside down, all while holding onto one of her beloved troll or Dora the Explorer dolls. Foxie can even make Jamie (who is normally serious) loosen up. Her young-at-heart, everyone-just-get-along nature, is all the more surprising given her history. She was born in a laboratory, had four babies taken from her, and survived years of biomedical testing. Yet she makes it a point to spend time each day being a playful goof and making those around her smile. 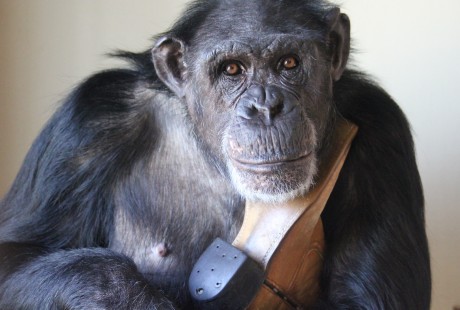 Jamie has taught me that being “complicated” and even “difficult” are okay. Jamie is a chimpanzee who likes to be in control. She is extremely smart. She likes to have many options, but she knows what she wants, when she wants, and she’s not one to take no for an answer. This makes caring for her challenging, but also very rewarding. It’s been amazing to find out what makes Jamie happiest (cowboy boots, walking around the perimeter of her outdoor enclosure, and pears are at the top of her list), and to be able to give her those things as much and as often as possible. She’s still a pretty tough cookie, but maybe she’s softened up around the edges a bit.

Jody has taught me to make time to relax. Chimpanzees have an instinctual drive to build nests, and Jody has some of the best nest-making skills out there. She also exhibits clear signs of contentment when she has her nest just right – releasing a low moan and wriggling into place. She’s the most likely of the chimpanzees to carry her blankets from one room to another to recreate her nest masterpieces, and she is also adventurous with her nest-making – using not just blankets but straw, vines, and other natural materials. 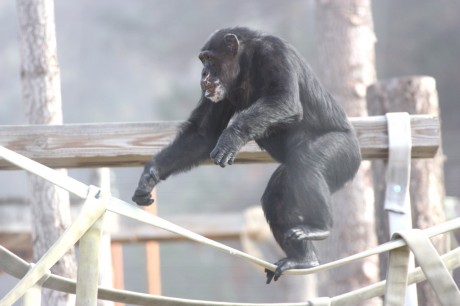 Missy has truly taught me to appreciate exercise. She is the athlete of the group and will run at full speed uphill just for the fun of it. Watching her run and climb and leap, it’s difficult to imagine what it felt like for her to be stuck in a tiny cage for decades. Movement is not just a means to an end for Missy, it’s a joy in itself. There is never a day that she doesn’t take advantage of the space and enriched physical environment of her sanctuary home. 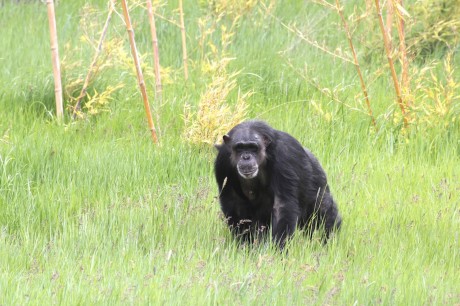 Negra has taught me to never make assumptions about others. Negra is the oldest chimpanzee at Chimpanzee Sanctuary Northwest, and she’s been through the most. She was captured in Africa as an infant and spent decade upon decade as a tool for the biomedical testing industry. She’s the least active of the group at the sanctuary, spending much of her time lying down under a blanket and generally avoiding the more boisterous activities of the other chimpanzees, but it would be wrong to assume that Negra is weak. If something motivates her, she can move quickly and she doesn’t back down, and, in the spring when the green grass emerges from the ground, Negra is the often the first to go outside in the morning and the last to come in at night.

Most importantly, I’ve learned that chimpanzees are people too.