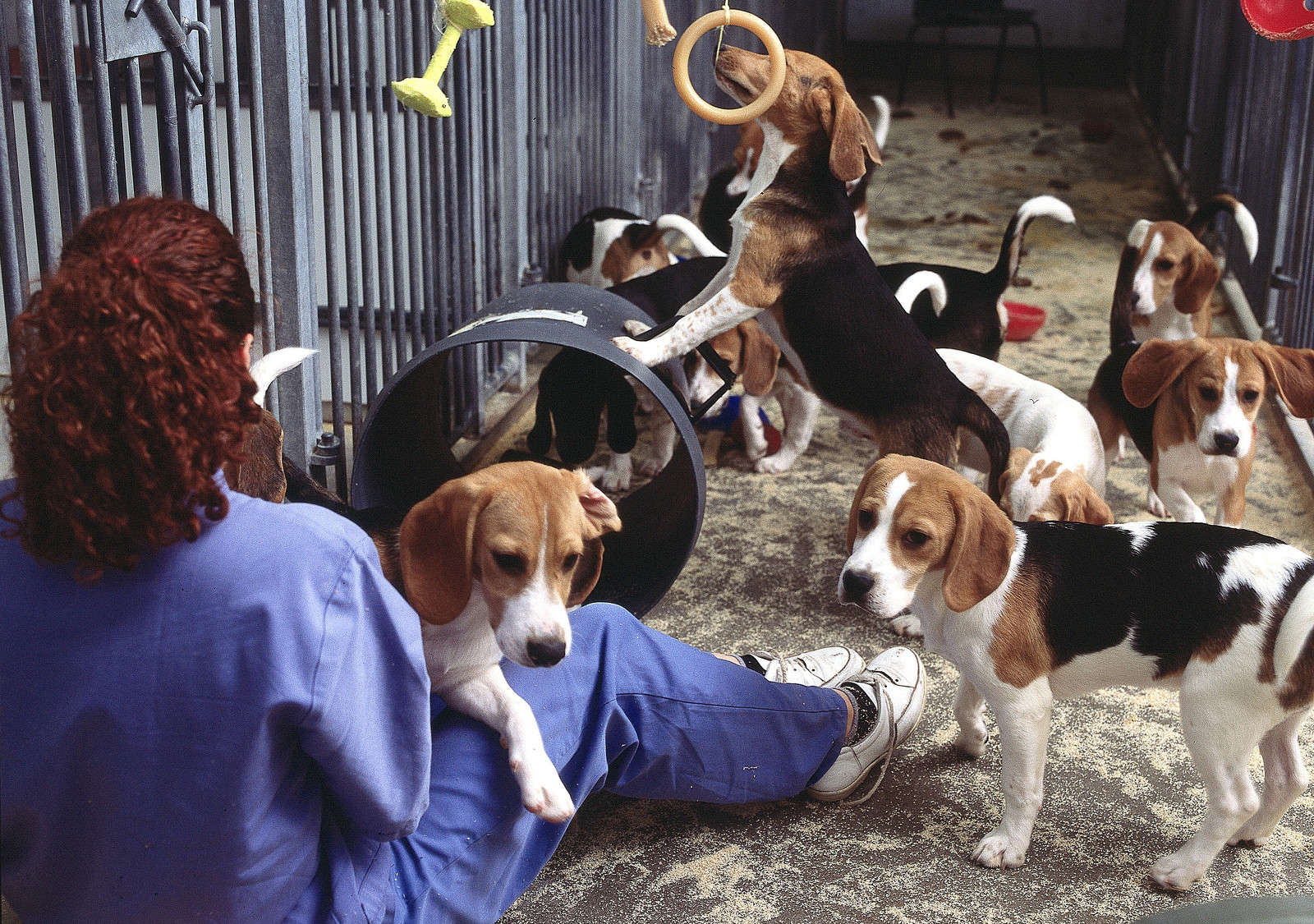 There is certainly debate when it comes to animal experimentation, but in general, people don’t want to see other animals being harmed unnecessarily. Unfortunately, there is so much secrecy involved around animal experimentation that it can be hard to figure out just exactly what is going on and the situation won’t change until people speak out.

Lawrence Hansen, a professor of neurosciences and pathology at the University of California San Diego School of Medicine, wrote a compelling piece in 2005 on why animal research is unnecessary and inhumane.

He explains how difficult it is to enact change, and why we need more activism: “It took the broader prospective of hundreds of protesting physicians and the faculty council, etc., to eliminate routine dog vivisection at UCSD over the protests of non-physician animal research oriented basic scientists. Similarly, monkey vivisectors will not surrender their drills, electrodes, bolts and screws until the public, who, after all, pays for the experiments, tells them to stop.”

It takes a lot of regulatory change to get animal-free alternatives approved, but that doesn’t mean it’s impossible. In light of the following examples of unnecessary animal tests that are still in place today, we need this change to happen much sooner than later.

According to the Physician’s Committee for Responsible Medicine, “Every year, the U.S. military wounds and kills about 8,500 goats and pigs in combat trauma training courses, sometimes amputating their limbs, stabbing, and burning the animals. These procedures are not only cruel; they’re also unnecessary: more effective, human-based training methods are now widely available.”

In 2009, the US Army Medical Research and Material Command claimed that, “Multiple procedures are performed and multiple students are trained on each animal model under the guidance of a trained instructor; this reduces the number of animals required while maximizing their utilization and providing an optimal student to instructor teaching ratio.”

In late 2013, the Battlefield Excellence through Superior Training (BEST) Practices Act (H.R.3172/S.1550) was introduced in the House of Representatives and the Senate by Rep. Hank Johnson and Sen. Ron Wyden, respectively. The bill would phase out the military’s use of goats and pigs in its combat trauma training exercises and work towards the use of human-based models. However, the bill has since been referred to committee, and you can take action by contacting your elected officials to encourage them to support the bill.

This broad topic includes skin irritation (where chemicals are rubbed onto the shaved skin or dripped into the eyes of restrained rabbits without any pain relief) and toxicity tests carried out on animals all in the name of “beauty.” As I’ve said before, companies are required to test for safety of their products, but animal testing is not required.

According to the FDA, “Cosmetic companies may rely on combinations of scientific literature, non-animal testing, raw material safety testing, or controlled human-use testing to substantiate their product safety.”

Cosmetic animal experiments are the epitome of “unnecessary” since companies voluntarily perform them on test subjects. Thankfully, we’ve got lots of information for you on how to avoid products that have been tested on animals. Visit our easy guide to conquering cruelty free beauty, and learn how you can boycott this type of animal experimentation.

Chimpanzees, as some of our closest relatives, are often used as experimental subjects due to this fact. According to the American Anti-Vivisection Society (AAVS), “The chimpanzee (Pan troglodytes) is the only nonhuman great ape species used in biomedical research. The majority of research involving chimpanzees is invasive, meaning that the projects involve infectious agents, drug testing, and/or surgery or biopsy.”

The Humane Society of the United States (HSUS) reports on one of the many reasons why chimpanzee experiments are unnecessary: “In December 2011, a groundbreaking report by the Institute of Medicine and National Research Council found that most biomedical and behavioral research on chimpanzees is unnecessary and could not identify any area of current biomedical research for which chimpanzee use is essential.”

The The Great Ape Protection and Cost Savings Act (GAPCSA) has been introduced to congress previously but needs more support. According to the Physicians Committee for Responsible Medicine, this bill would “phase out the use of chimpanzees in invasive research, release the more than 500 federally owned chimpanzees to sanctuaries, and prohibit future breeding of chimpanzees for purposes of conducting invasive research.”

Progress is indeed happening on this front, as the National Institutes of Health recently retired 310 chimpanzees from research to a sanctuary! Hooray!

In the quest for animal products, companies are pushing the limits of farm animal genetics.

According to an HSUS report, “Developments in biotechnology have raised new concerns about animal welfare, as farm animals now have their genomes modified (genetically engineered) or copied (cloned) to propagate certain traits useful to agribusiness, such as meat yield or feed conversion. These animals suffer from unusually high rates of birth defects, disabilities, and premature death.”
AAVS adds that “researchers who ‘create’ genetically modified animals also typically seek patents on them. These patents cover not only the methods used to produce the transgenic animals, but also the animals themselves. Animal patenting, however, is highly unethical, treating complex, sentient beings as human inventions that are mere ‘articles of manufacture.”


As usual, there is no oversight when it comes to genetic engineering research, organizations can simply do what they wish to these farm animals. Genetically manipulated farm animals already exist, which has given us “chickens with such explosive growth they have to be starved lest they risk cardiac rupture. ‘Double-muscled’ calves born into the beef industry so freakishly huge that they can only be extracted via Caesarian section. A hen laying so many eggs that she risks a prolapse—laying her own uterus. A cow capable of generating ten times more milk than a calf could ever suckle,” as Wayne Pacelle, President and CEO of the HSUS said in a blog post.

Why would we ever want this freakish practice to develop further?

A recent undercover investigation by the HSUS revealed the suffering and abuse of dogs undergoing dental experiments at Georgia Reagents University (GRU). The experiments performed on the dogs were done in part to compare a dental implant invented by researchers at GRU with that of a competitor, which is unnecessary and not required by law, explains the HSUS.

After the investigation was revealed, GRU vowed to stop obtaining dogs from class B dealers, a very small step in the right direction. Now, just a few days ago, the HSUS revealed that “five federal violations were cited at the Georgia Regents University research facility in Augusta following an inspection by the U.S. Department of Agriculture’s Animal and Plant Health Inspection Service.”