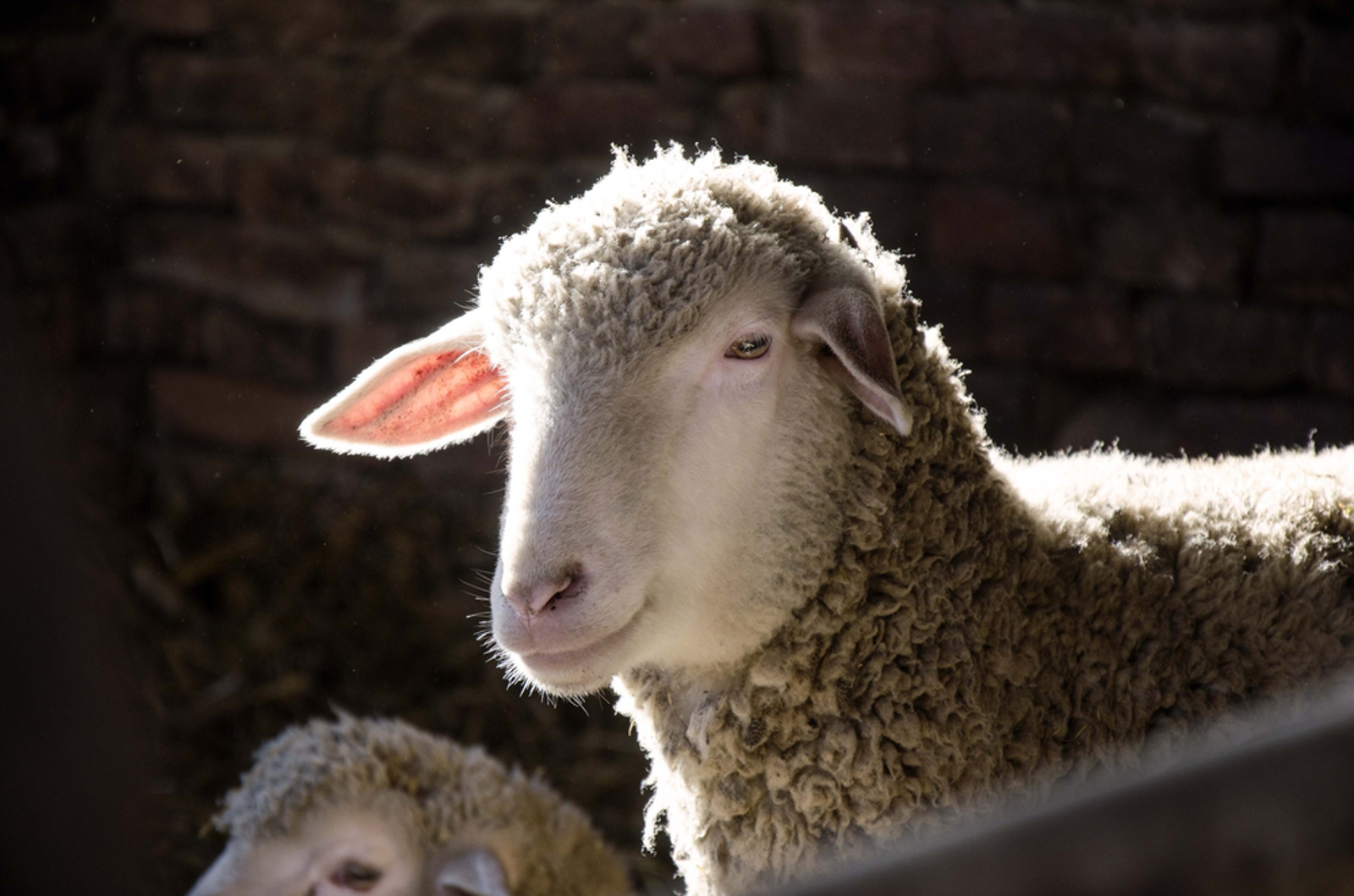 Animal abuse comes in many forms, whether in a case of neglect on a small farm or wide-scale suffering on a factory farm. The way in which animals are continually exploited for profit and entertainment is beyond reason and comprehension. Perhaps one of the greatest injustices is how blatantly non-human animal life is discarded without a backward glance.

Nearly six years ago, I began a journey of compassion and kindness – I started a sanctuary. Although I have always dreamed of operating a full farm sanctuary, I began by helping horses that had suffered abuse, neglect, or were at risk of being sent to the slaughterhouse. Each resident has their own tragic story, their own dark pasts, and each equally in need of understanding and love. It has never been an easy task. As life is constantly evolving, so has the sanctuary. It is now home to goats, turkeys, chickens, and most recently two sheep. This is the story of James and Herriot.

Before being able to understand how someone can willingly cause harm to another living being, one has to be aware of how everyday life can have a huge impact on the welfare of animals. For example, many people don’t know how the materials that make up their clothing could have impacted another person or an animal. One particular material that frequently gets overlooked is wool.

Like so many animals raised with a purpose, sheep have been bred to produce a larger volume of wool than they would naturally – all in order to maximize profit. Sadly, this is a common scenario seen with so many animals born into the factory farming industry.

The wool industry has remained somewhat under the radar until recent investigations have successfully begun to expose the truth. PETA conducted several undercover investigations of sheep shearing practices in the United States and Australia. Not only were shearers caught kicking, punching, and stomping on the sheep but they were also seen hitting them in the face, as well as standing on their heads and necks. Additionally, Australia is one of the largest producers of wool and also exports live sheep to the Middle East. According to PETA, “These voyages, which can last weeks, go to countries where animal welfare standards are non-existent. The suffering sheep are dragged off the ships, loaded onto trucks, and dragged by their ears and legs to slaughterhouses—which are often unregulated—where their throats are slit while they’re still conscious.” These gentle creatures are exploited, severely abused and tortured all in the name of fashion or for a quick meal on the dinner table.

Not all sheep suffer in the grasps of factory farming, others fall victim to the small, “family” farms. Their pain and misery both equally measured.

In April of this year, the Montreal SPCA reached out to me concerning a case of abuse. They had just been involved in a situation of cruel neglect and seized two sheep. A third innocent life was also found in the same field, deceased. The survivors were a pair of Leicester sheep both estimated to be 14-years-old. They were fearful, unhandled, and terribly neglected. How could anyone treat an animal in this manner, especially elderly ones?

They arrived at Penny Lane Farm Sanctuary after spending a week at the Montreal SPCA for evaluation purposes. They were clearly bonded, likely having been together their entire lives. Their coats were filthy, matted with urine and feces, the ram’s horns had been crudely cut off. They were in urgent need of TLC. We decided to call them James and Herriot (after the author of “All Creatures Great and Small” by James Herriot), names that seemed to instantly take hold. Of all the animals I have welcomed into the sanctuary, never have I seen two souls so fearful of human contact. Whatever they had endured left many scars and wounds.

We settled them into a large stall with all the comforts life should offer. I spent several hours just sitting and talking to them. They would watch cautiously from the far side of the stall, slowing starting to relax and find peace. It was not long before James bravely approached me. Almost as if to say “thank you,” he placed his head in my hands. From that day on, James has continued to progress and is learning to trust a little more every day. Herriot may well have suffered the worst of the abuse as it has taken her well over two weeks to adapt to sanctuary life.

An important part of the rehabilitation process is to not force the newly established relationship. By simply giving Herriot the choice to approach me when she feels comfortable enough to do so has worked wonders. She has decided that I am a friend and will come to me for attention. Watching her close her eyes as I gently rub her face is a rewarding experience and one I cannot describe. Both James and Herriot are beginning to realize they are safe, free from pain and suffering. 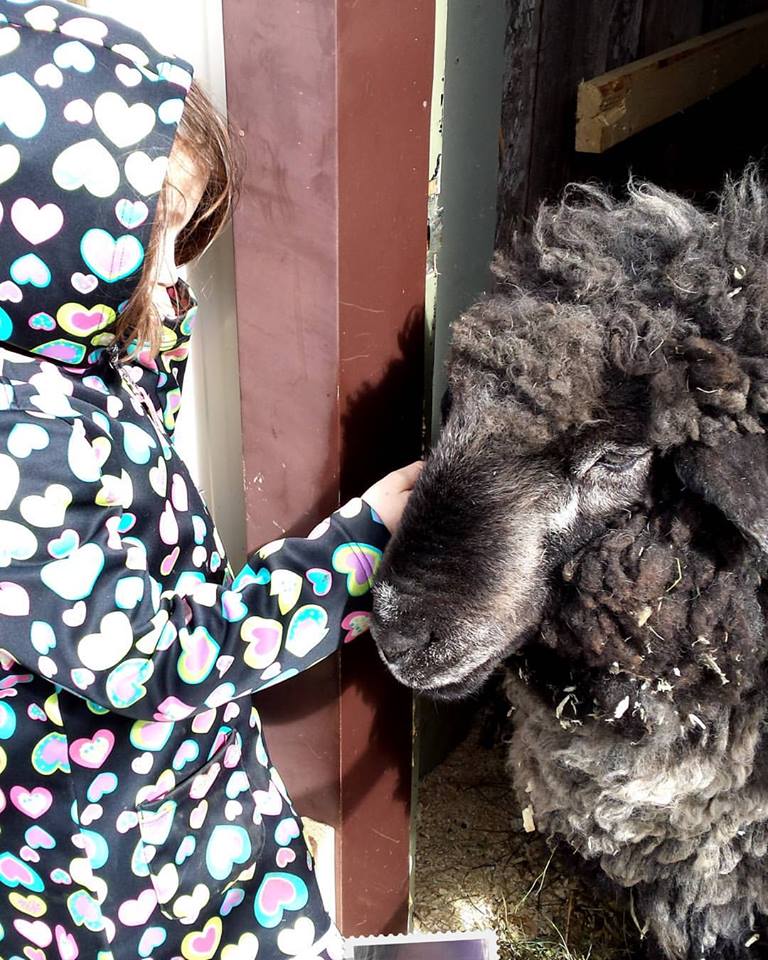 As Anthony Douglas Williams said, “When I look into the eyes of an animal, I do not see an animal. I see a living being. I see a friend. I feel a soul.” This is especially true of James and Herriot. Unlike the vast majority of sheep raised for human greed, they will be allowed to live out the remainder of their lives in peace and with dignity.

You can help by educating yourself and others on the realities of the wool industry. Leave animals off your plate – there are many alternatives available today. Visit a farm sanctuary and take the time to bond with a sheep. Their gentle and caring nature will make you fall in love in no time!