Ringling Brothers Should Put Money Where Mouth Is 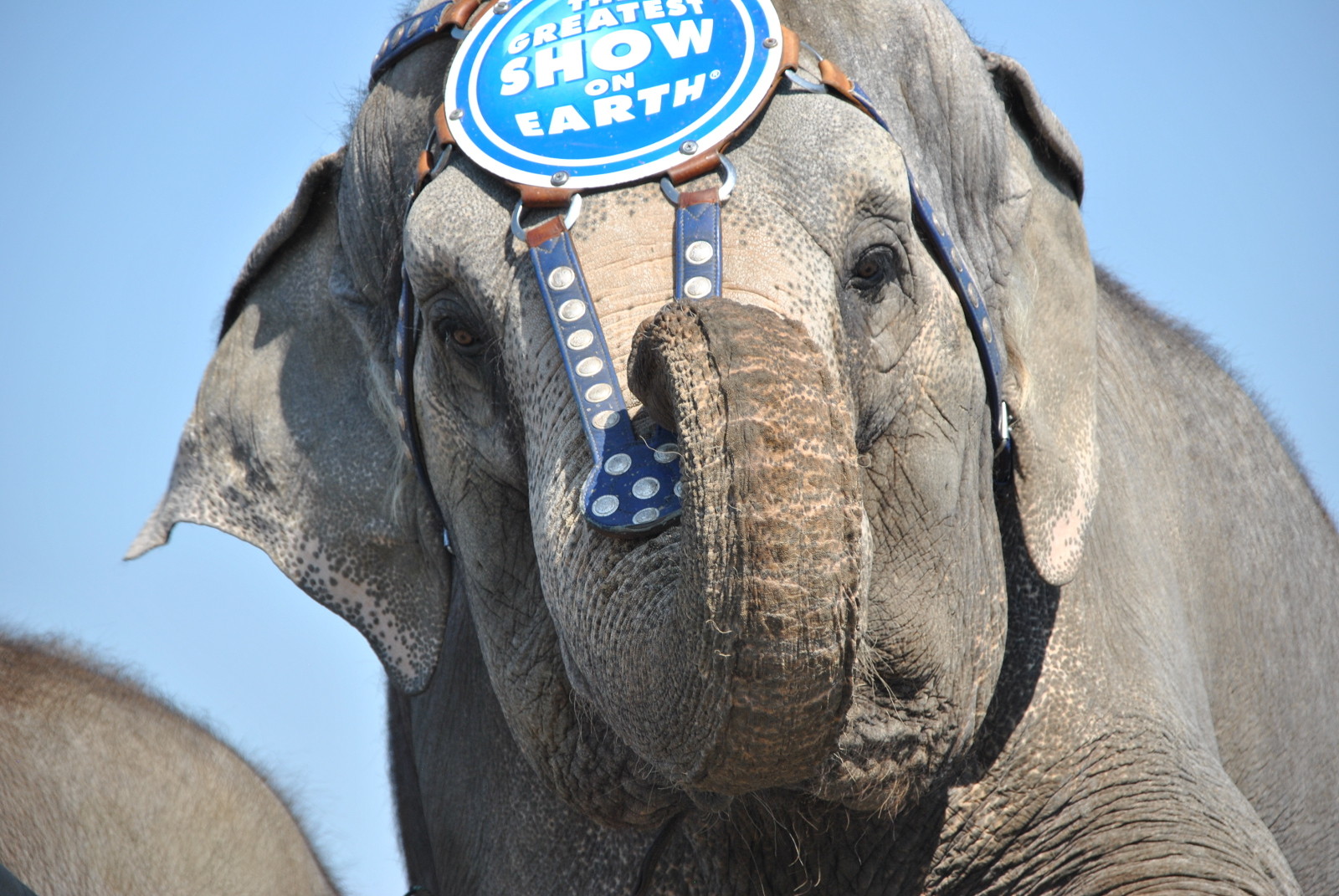 I’ve always hated what traveling circuses do to elephants. I went to the circus as a kid, and wondered what the lives of the elephants were like, and knew it couldn’t be good. I started my personal boycott at a young age, and I let my parents know that the circus would not be on our entertainment calendar.

In my professional time at The HSUS, a journey that began in 1994, I’ve never wavered in that view — quite the opposite. Nor has The HSUS as a whole. The more you learn about the behind-the-scenes workings of circuses, the worse you feel about what they’re doing. These highly intelligent animals are often chained for a majority of their lives, shipped to dozens of cities a year, separated from their family groups, and often struck with bullhooks to force them to submit and perform unnatural tricks.

Yet, when a number of animal protection groups sued Ringling Bros. in 2000 under the theory that the company was violating the “takings” provision of the Endangered Species Act, mainly by allowing personnel to strike endangered Asian elephants with sharp bullhooks and otherwise mistreating them, The HSUS didn’t join the suit. At the time, we had other things going on, and some of the other plaintiffs decided they’d fight this battle without us.

After the case dragged through the courts for nearly a decade and a half, the court never ruled on the merits of the plaintiffs’ claims of elephant abuse, but instead held that none of the groups had standing to bring the case – a legal technicality that must be cleared in order to get to the substance of the case. The animal protection groups appealed the dismissal, but got no different outcome. The court also ruled that Feld Entertainment, the owner of Ringling Bros., was entitled to recover attorneys’ fees from the plaintiffs.

I wouldn’t pay $10 to Ringling Bros. to watch one of its circus performances. But today, in order to avoid incurring additional legal fees in a case that at this stage could bring no good outcome for elephants, 12 parties decided to settle the case for $15.75 million dollars. And that’s in addition to the ASPCA paying the company $9.3 million to settle in 2012.

I am sure it pains every animal protection advocate to think that Feld gets any money from animal protection groups. But that is the risk of litigation that challenges major corporations, who lawyer up and file retaliatory grudge actions. There’s no point in fighting where you cannot even get your grievances heard – better to move on and fight on other fronts.

I want to assure every HSUS donor that in the end, not one penny of your dollars will go to Feld. Fortunately, insurance proceeds are expected to cover a substantial portion, if not all, of the contributions from the Fund for Animals and The HSUS toward the collective settlement by a dozen parties. What insurance doesn’t cover, the Fund will pay, but we hope it’s a very small sum or none at all.

But with the funds Feld is receiving from the many parties to the case, The HSUS urges the company to combat the killing of tens of thousands of elephants for their ivory. An additional $15 million can save countless elephants, by putting more armed guards on the ground or by working to reduce demand in ivory-consuming countries.

Circuses say they are good to elephants. Help these elephants in crisis, and you’ll help your company’s reputation as simply profiting off the lives of these creatures.

Hope Is in Sight

That reputation of the company as uncaring toward elephants is becoming more deeply embedded in our culture. Recently, Scientific American editorialized against the keeping of elephants and orcas in captivity, citing their great intelligence and the indignities they have long endured in captive settings. Just this week, Los Angeles Mayor Eric Garcetti signed an ordinance, passed unanimously by the city council, to ban the use of bullhooks on elephants. Several states are currently considering measures to ban the use of bullhooks and over 20 countries worldwide have passed national restrictions on the use of elephants and other exotic animals in circuses. Today, we learned the National Aquarium in Baltimore announced that it is considering an end to the display of dolphins at its facility – another marker of the rising tide of concern about keeping highly intelligent mammals in captivity.

The road to justice for animals has its bumps. But as CEO of The HSUS, I am neither deterred nor chastened from bringing the fights needed to protect animals in the years ahead. We as an organization are ready to battle – for elephants and all of the other creatures suffering at the hands of harsh and callous people.