Rescued Cow Slowly Overcomes Her Fear of Humans in Sanctuary, Thanks to Her Best Friend 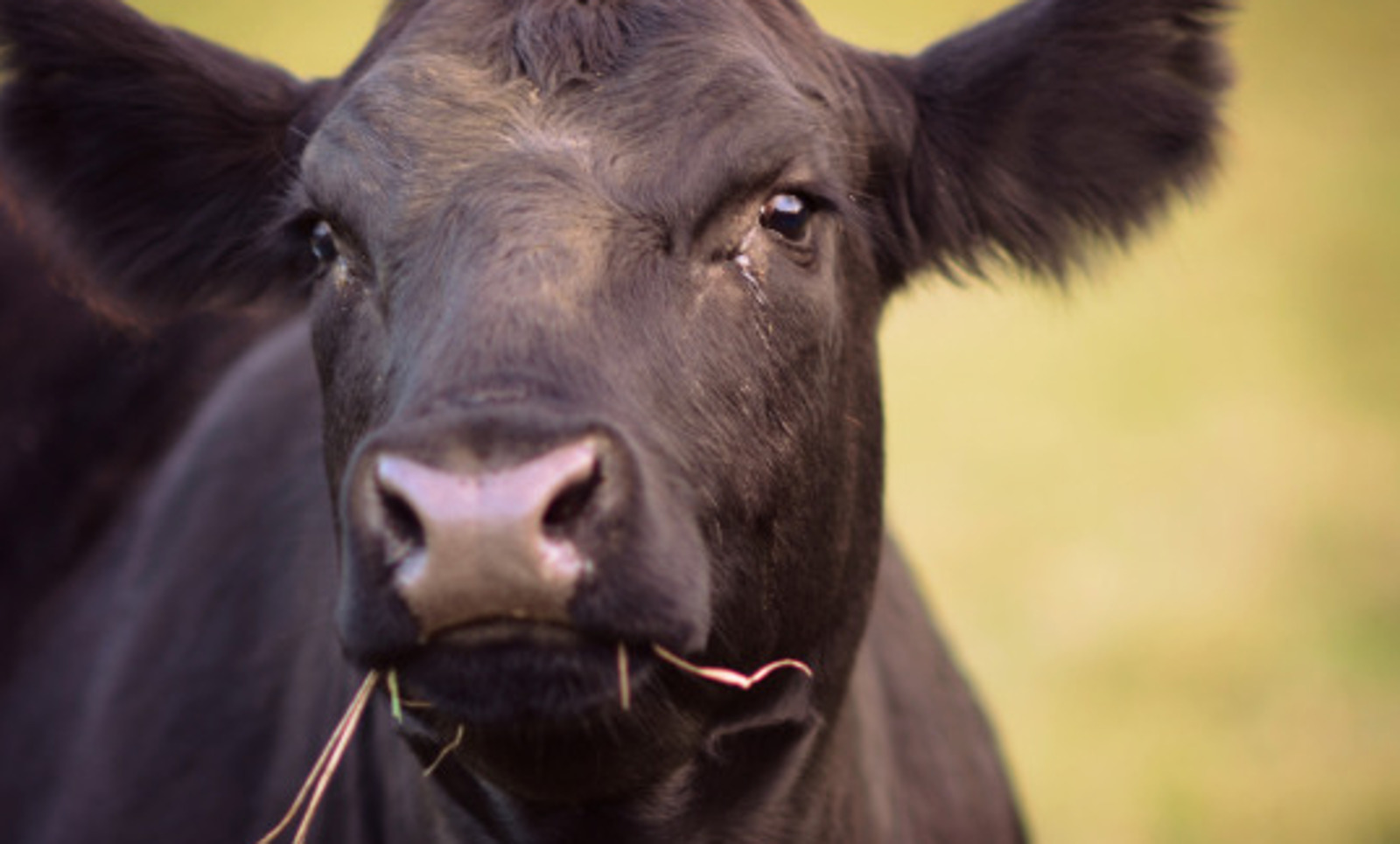 Cheryl, the cow is still to this day one of the few animals from a Hudson Valley backyard butcher rescue in October, who does not trust us and is clearly frightened. We do not know her whole history, but we can piece together enough to know that she is fearful for good reason.

A Life of Fear at a Backyard Butcher

A bit of history not really covered yet about this particular farm was that it was hundreds of acres, and the interior fencing was horrible — meaning there were no secure pens, and the animals were loose. There was no barn for the cattle, sheep, and goats to get in out of the elements and no secure area to run the animals into — a fact we were not aware of when we were called out to the scene. 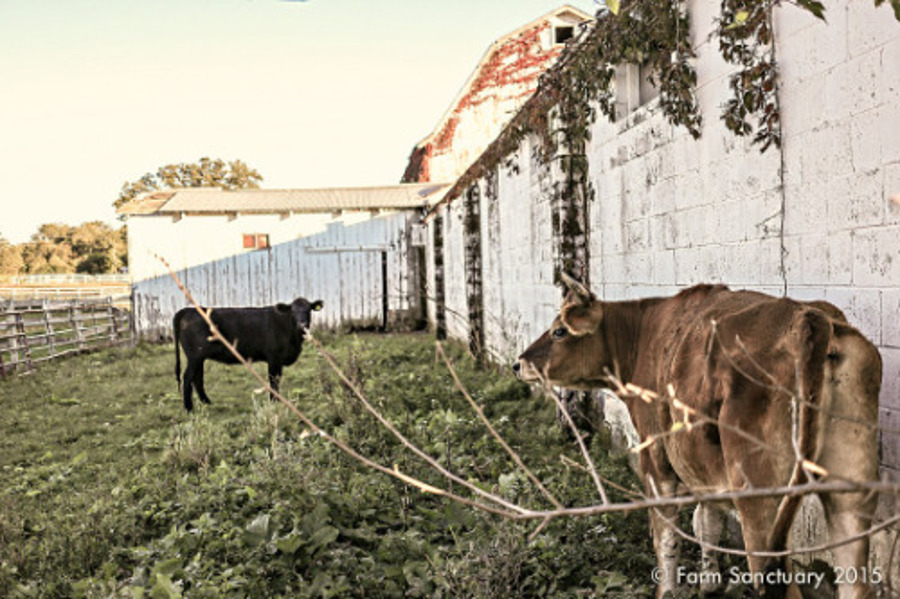 There were animals found dead in various parts of the farm — some caught in fencing, some actually deceased and still tied to fences. The first thing pointed out to us that morning when we arrived was a huge area of fresh blood in one of the front pastures.

We did not at that time know whose blood it was, but it was clear that someone was killed and the body removed. We found out hours later that that someone was one of the cattle: a black cow with a white muzzle. The legs of the cow — just the bones and hooves — were propped on the wall inside one of two barns on the property. The head was skinned except for the soft muzzle and was wrapped in a garbage bag on a table. The insides of this clearly very large steer or bull were in the middle of the floor — the muscle from every portion of the animal was gone.

We have a herd of around 50 cattle at the Watkins Glen Farm Sanctuary location and another 40-plus at the California location, and the one thing we can all attest to is the incredible bond that they share and the reaction that they have to the death or even an injury to one of their people.

Often after a death, the herd also gets wired — cows kicking up dirt in anger and pawing at the ground. It is painful to watch, but it is a part of how they grieve. And they grieve this way here because they can. They are not afraid; they are not in line waiting for the same thing to happen to them; they are not around people who use electric prods or poles to control them. They are at sanctuary, and they can be who they are.

I personally have been surrounded by the entire herd (some of the boys are nearly 3,000 pounds) when one of the cattle has gone down and needs treatment. I have watched them chase people away from the dead bodies of a herd mate — not allowing the body to be removed from the pasture for burial, sometimes for most of a day. We have had vehicles dented and mirrors broken off during euthanasia in the field by the herd pressing in to be with their dying family member. I have also seen during euthanasia the herd leader lick the face of the animal who is clearly afraid — because when they are down, they are vulnerable — and like Cheryl, many arrive with a very strong fear of humans. 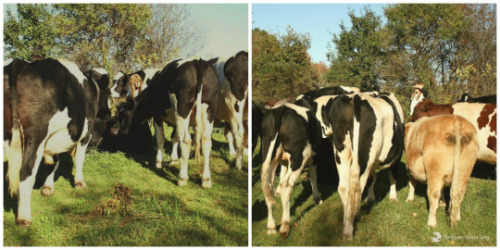 At this rescue site, the response to the grief was quite different, and there was a palpable fear in the cattle herd — at least, the ones we could see. They were on the run — trying to get away from what clearly was something they knew could happen to them. So rounding them up was not an easy task, and we only had until dark to get them and get off the property. The ground was too wet to get a truck or trailer, or even a portable chute system, and the herd hid in the wooded portion at the back of the property. 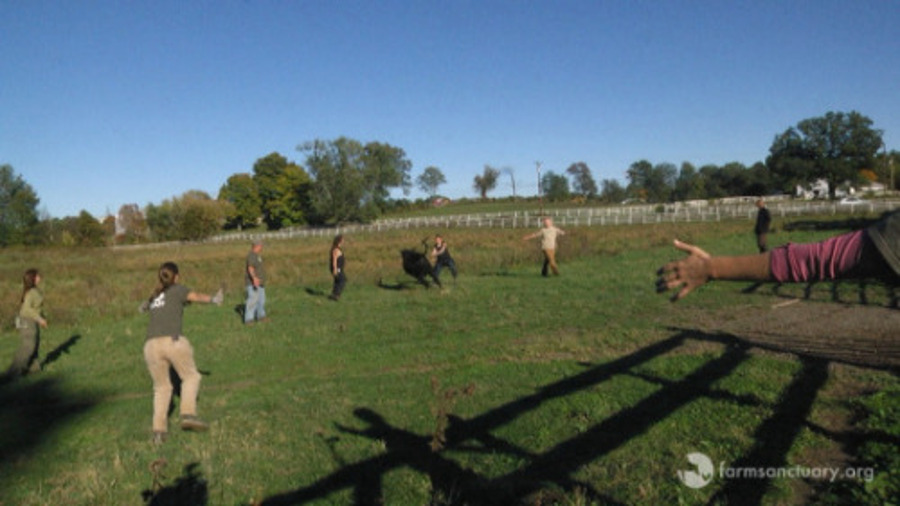 Rescuing Animals Who Have Only Known Fear

We had hoped that once we had Cheryl and her friend Dennis, we could easily get the other cattle. Once Dennis was put in a makeshift pen, Cheryl actually tried to get to him, making it easier to capture her.  However, with the swampy ground, the woods, and the lack of fencing, we were unable to get them close to the other two cows.

The Farm Sanctuary team and workers from Skylands Animal Sanctuary and Rescue stayed until well after dark attempting to round up the cattle, but we could not catch the last two. One was so incredibly frightened that he actually lifted and threw a staff member into the air and then smashed him on the ground — then quickly crashed through fencing and temporary gates to get away. He went up and over gates and bloodied his nose attempting to get away. 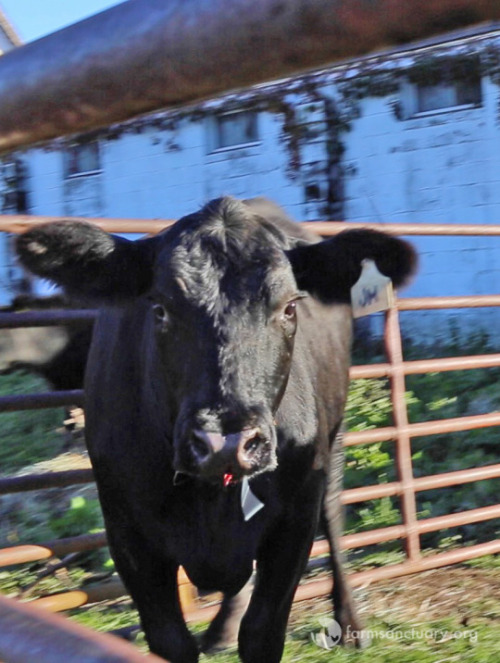 Corralled into an area, this frightened boy was running for his life, but sadly could not be contained. After attempts in a corral made of gates, he went up and over and back into the marshy wooded area at the back of the property. This was the last time we saw him.

This boy could have been Cheryl’s son or brother; we have no idea. The other was a very large bull who would not leave the area within the trees and marsh which was only reachable by ATV — but he would not move. We were told we all had to be off the property and the warrant period was over, and staying would be considered trespassing. We had lost light by then, making the job even more impossible. It was the hardest part of the rescue: knowing how close we were to getting them out, but how impossible the situation was. We asked officers to allow us to get him the following day, but the cattle were said to already be gone.

When we arrived back at sanctuary, we gave Dennis and Cheryl a pasture to themselves and allowed her to settle in for 24 hours, but then we had to check her. We needed to get blood work and a fecal sample and treat her various obvious health issues, which included pink eye and pneumonia. She had no intention of allowing us to check and treat her; she would sooner have thrown herself into a fence, sent a staff person airborne, or tried to clear a gate. So the safest solution was to walk her with Dennis to our main barn and put her in our cattle chute; this allowed both the staff and Cheryl to be safe while she was checked. 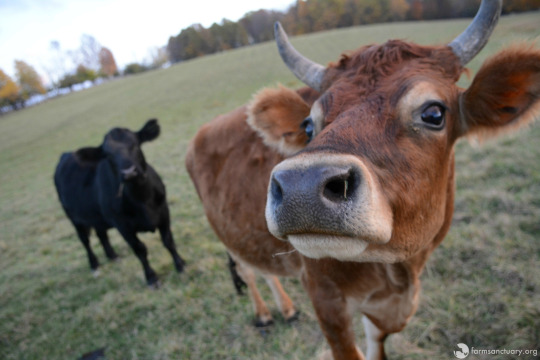 The reaction she had to the chute, however, was one of the saddest we have seen, and there was not a dry eye among the caregivers who witnessed this. She had a fear response as the chute closed and bawled in sheer terror, which brought both our special-needs and main herds to the fences mooing angrily — trying to figure out a way to get to Cheryl. We quickly worked on her, drawing blood and doing a pregnancy check. And she was (best guess) around six months pregnant.

She is gaining weight, and the fear is less obvious in her eyes, but we have a long way to go. Hopefully, soon she will trust her new caregivers. 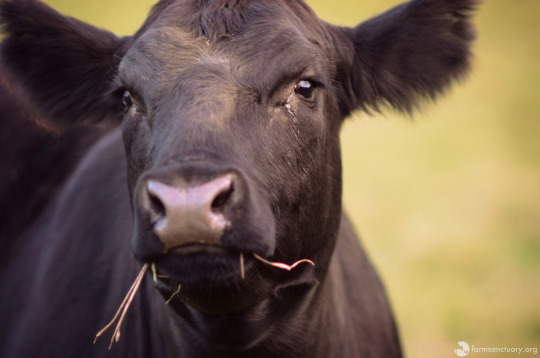 On top of the loss, on top of the fear, Cheryl also arrived with some physical health issues. Her bloodwork showed liver and kidney problems, and she was underweight for being that far along in her pregnancy. Sedation in her condition was completely out of the question, so the pregnancy was not terminated.

Although she is still afraid, we are seeing signs she is adjusting to her new life, including her morning runs with Dennis — even when it is muddy and snowy. She is starting to feel safe enough to play, which is incredible. 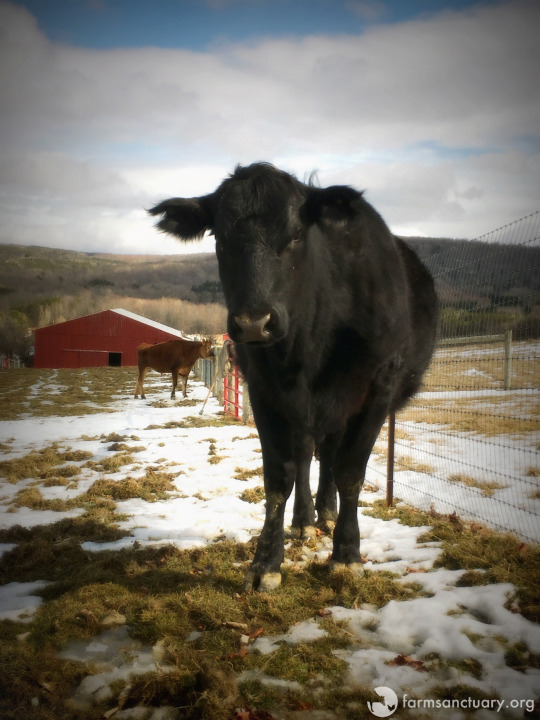 And thankfully she has a good friend in him. He loves her dearly and spends all his time with her, which makes her feel safe — since he is armed with some serious horns. And soon she will have a baby. Once her calf is healthy and a little older, these two will join our herd, where she can create a new family and learn to love again. We will write about her in a year (and I am sure write about her child sooner). Hopefully by then, Cheryl will be happy, content and fully enjoying the Farm Sanctuary life. 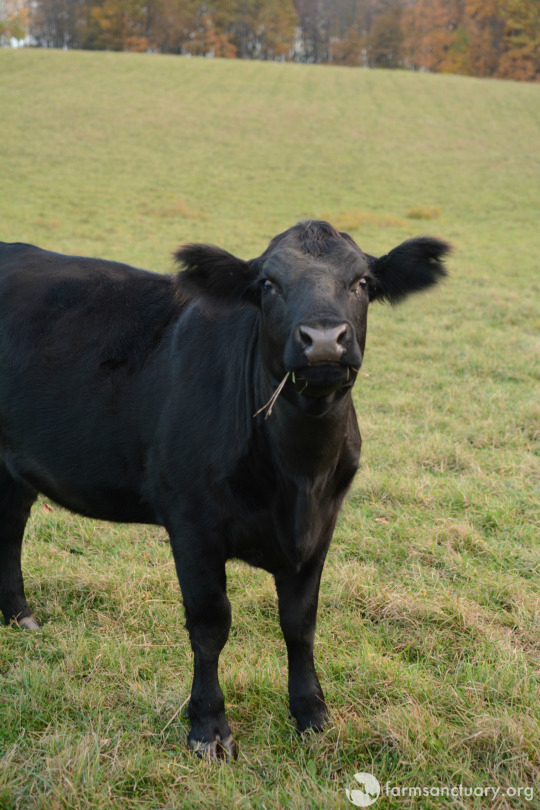 What You Can do to Help Farmed Animals

Every farmed animal, like Cheryl, has his or her own unique personality. By sharing Cheryl’s story, you can help encourage others to learn about and understand these animals better. A more compassionate world begins with you. To learn more about Farm Sanctuary’s rescue, education, and advocacy efforts, visit FarmSanctuary.org.