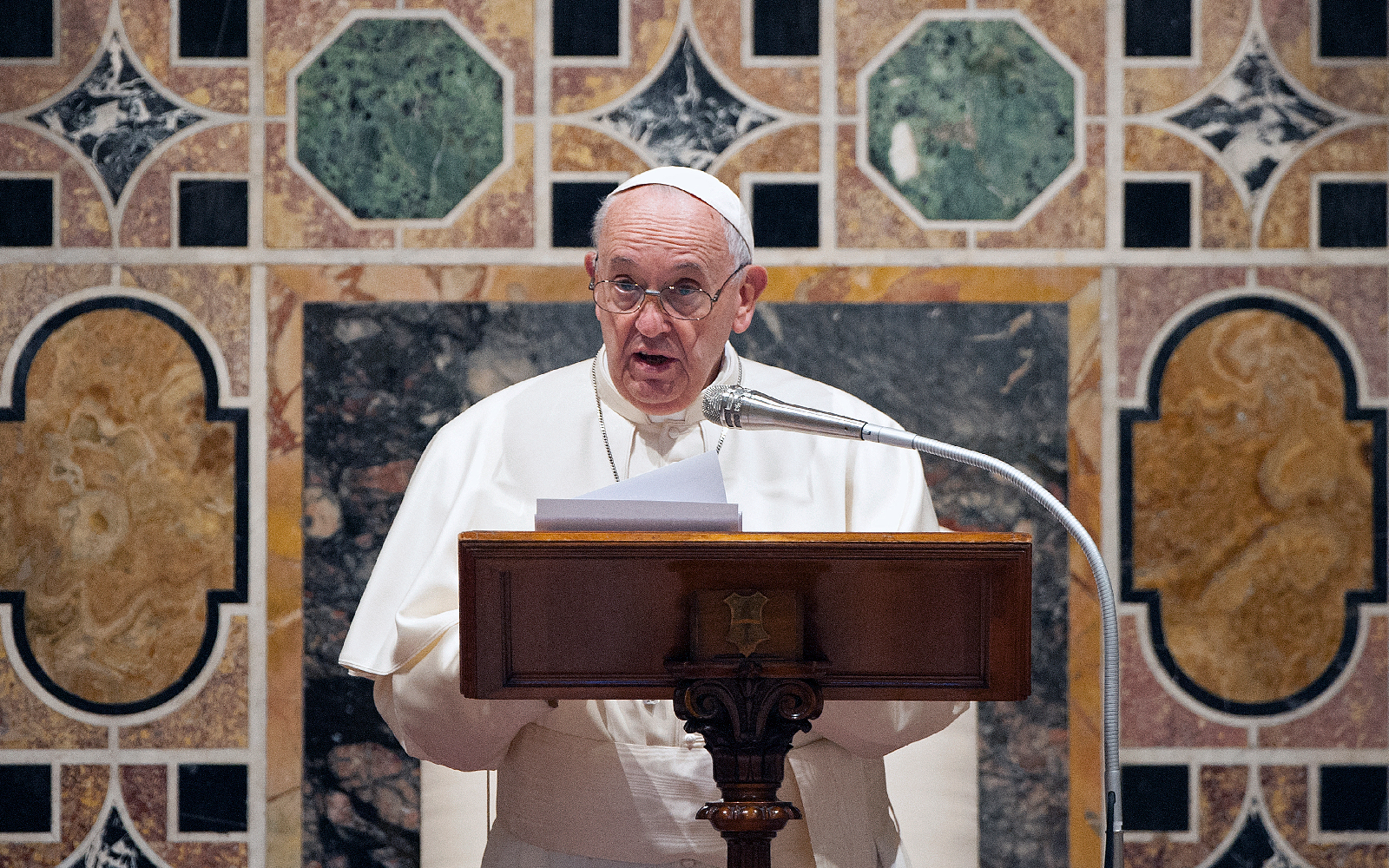 Pope Francis has spoken about climate change, same-sex marriage, and the importance of taking care of our planet, but his latest speech has some animal activists and progressives up in arms.

According to the Seattle Times, Francis spoke on Wednesday to a general audience at the Vatican, pointing out the global decline in birthrates, something he referred to as a “demographic winter.”

During his speech, he also touched on his feelings about couples who prioritize having pets over children. Needless to say, he isn’t pleased with them.

He said that people who have pets instead of children are “selfish” and exhibit a “denial of fatherhood or motherhood” that “diminishes us; it takes away our humanity. ”

He added that dogs and cats “take the place of children,” creating a childless future.

With such a controversial topic as having children, the reactions were naturally heated. Many people pointed out the hypocrisy of the Pope, himself, for speaking out against going childless when he doesn’t have children himself!

What is selfish, is the inability to support those children because of greedy corporations and politicians who will not raise wages and support healthcare. As much as we'd adore to, we can't take care of those little ones with only love, Padre.

One person even asked, “Is the Vatican gonna pay daycare?”

Others noted how strange it is to create an “either-or” situation when it comes to kids and pets. People can adopt animals and be pet parents while being parents to children simultaneously.

The Pope’s message could be harmful to rescue animals. There are so many pets in need of homes, and promoting a message of “kids over pets” instead of encouraging families to choose both could make an impact on pet adoption rates.

For a man named after Francis of Assisi, patron saint of animals, it’s strange to hear such anti-animal rhetoric, especially at a time when rescue animals need our help more than ever.

Want to help homeless pets? To reduce the number of suffering dogs on the streets and dogs who are euthanized, it’s important to adopt instead of shop for a dog. Familiarize yourself with tips for adopting so you’re well prepared and read about five things you can do to help stop puppy mills. Also read more about the reasons everyone should adopt a pet and tips for creating the perfect home for a rescue pet!