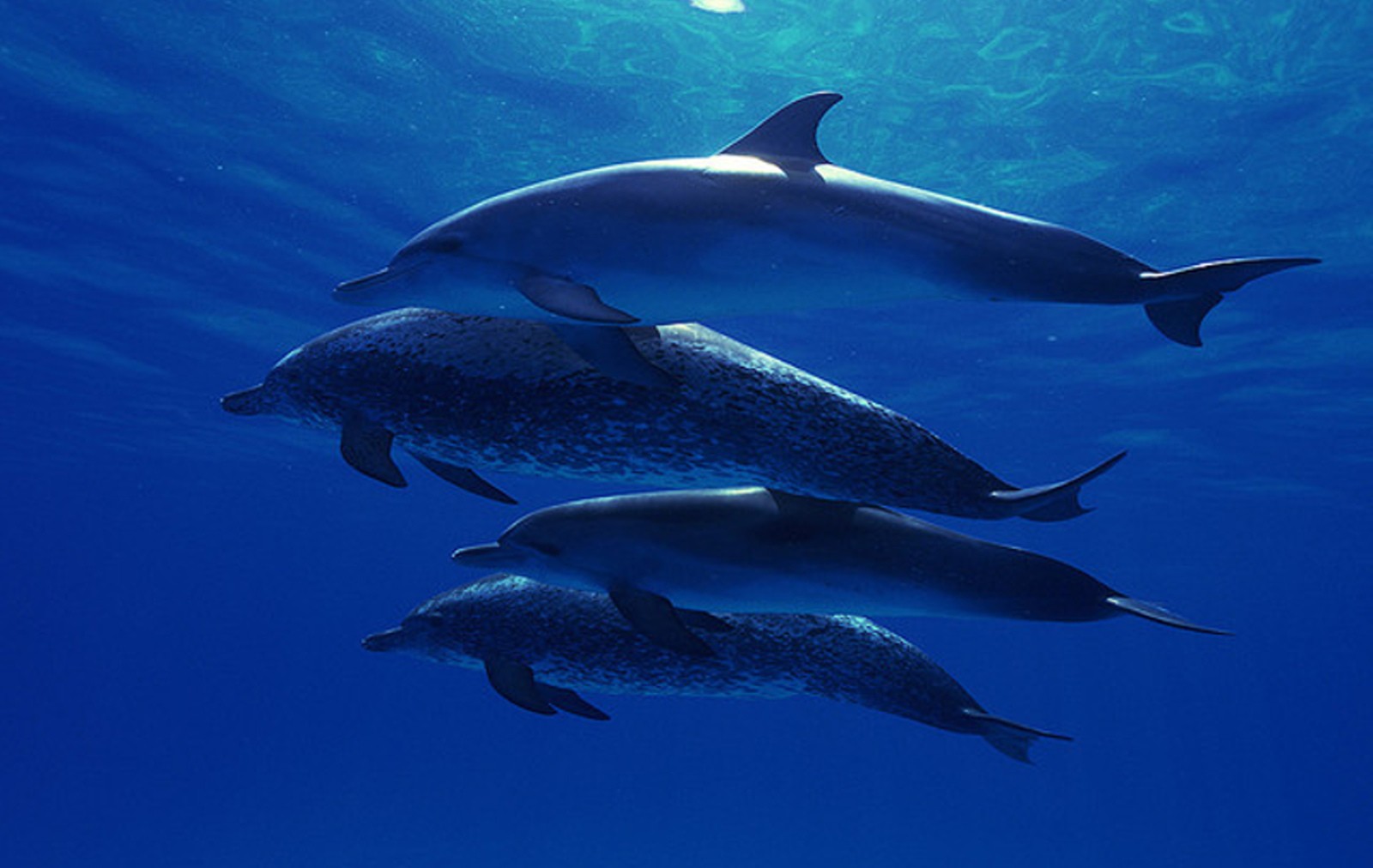 When you stand at the edge of the ocean with the waves lapping at your feet, it’s hard to image that humans could have any impact at all on these powerful bodies of water. After all, we are so small in comparison. And yet, we have more impact on the oceans now than we ever have in the past.

We are grossly in danger of overfishing our oceans to the point of no return. Scientists project that by the year 2050, the oceans will be 90 percent barren of fish. Not only does this effect the ocean itself, but this will throw everything out of balance. Marine bird populations, for example, will be largely effected by a lack of fish, which is their main food source.

Another way we are destroying our waters is with our irresponsible garbage placement. Plastics and other waste products wreak havoc as they find their way into various waterways. Unfortunately, it’s not uncommon for marine life to mistake plastic pellets for food. Scientists have found dead marine animals with bellies full of plastics and other garbage.

Here are some beautiful pictures of marine animals to remind us why we need to protect the oceans before it’s too late. 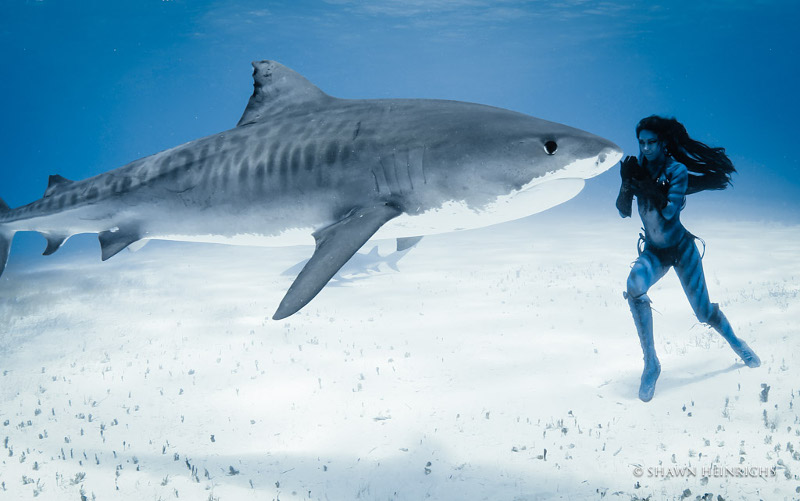 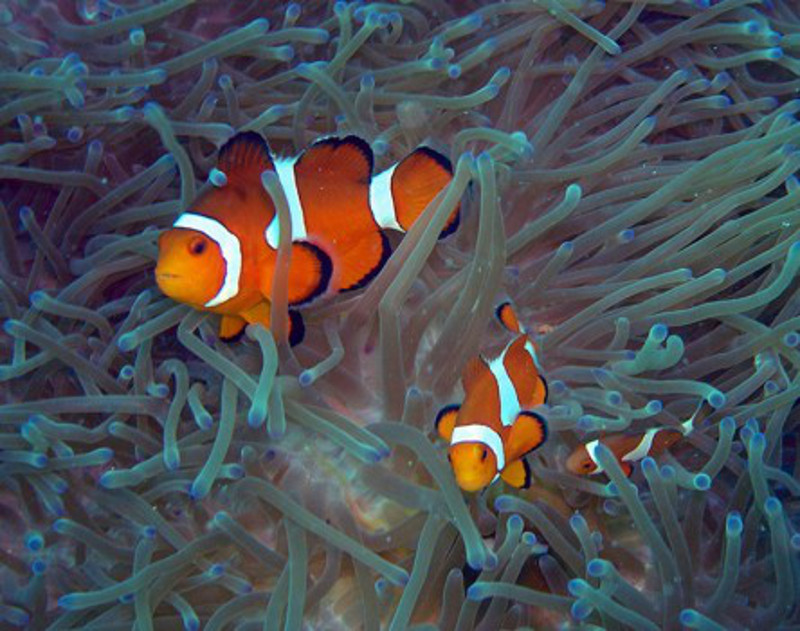 Thanks to Finding Nemo, clownfish are a beloved and well known fish. Unfortunately, human activities are threatening their existence. Between global warming and carbon pollution destroying their habitats and the marine aquarium trade “overharvesting” them, the clownfish populations are facing decline. 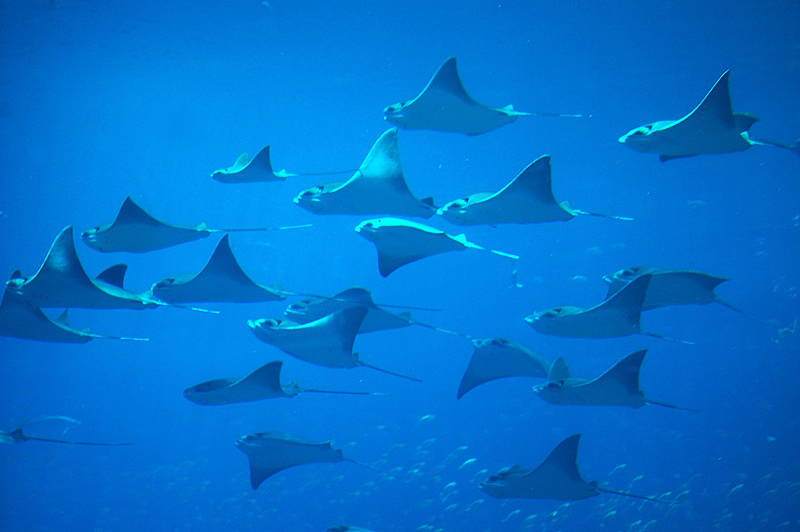 Sting rays are considered to be both fascinating and mysterious creatures, but they, too, are threatened. These rays face multiple threats, a few being coastal development, pollution, and fishing. Clearly we need to clean up our act if we want to protect these unique animals! 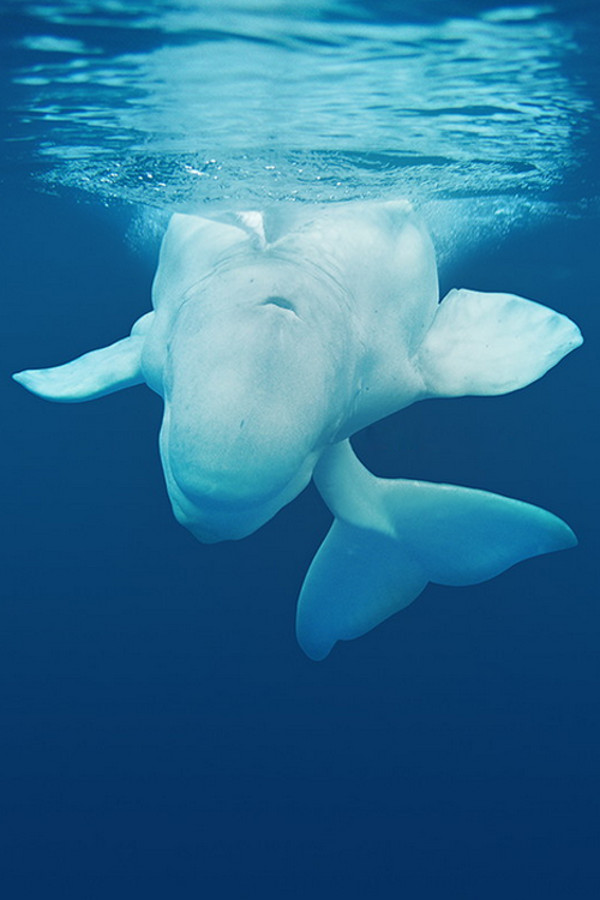 Probably most known for the song “Baby Beluga,” white whales–also known as beluga whales–are popular marine animals in the state of Alaska. These whales are opportunistic feeders, making them a key species in the ecosystem. Because of the beluga’s wide distribution, it’s difficult to determine their population numbers. Still, it is estimated that populations are in the hundred-thousands. 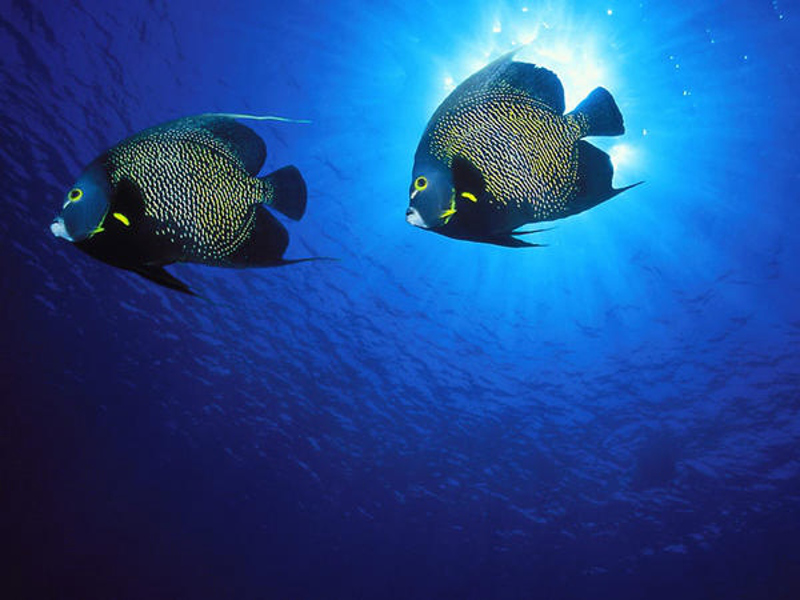 This brightly colored fish is a common reef fish in the Caribbean, Indian ocean, the waters of Madagascar, and the Ivory Coast. Much like clownfish, angel fish face population decline due to habitat destruction and the aquarium trade. 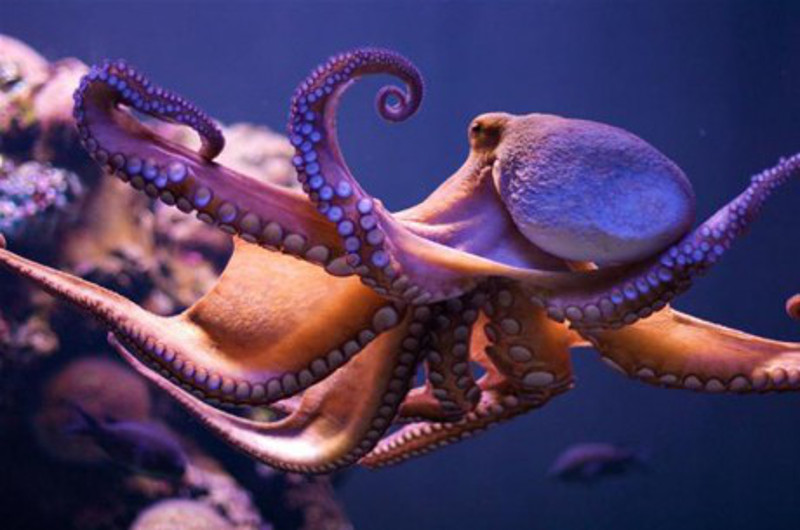 According to the New England Aquarium, the giant Pacific octopus can grow “up to 20 feet in length from tip to tip of outstretched arm, and up to 150 pounds.” Fortunately, the population of these eight-legged beings is pretty stable and seems able to resist human threats such as bycatch and habitat destruction. Despite their population stability, it may be best for us to adjust our unsustainable habits before we create problems for the octopus. 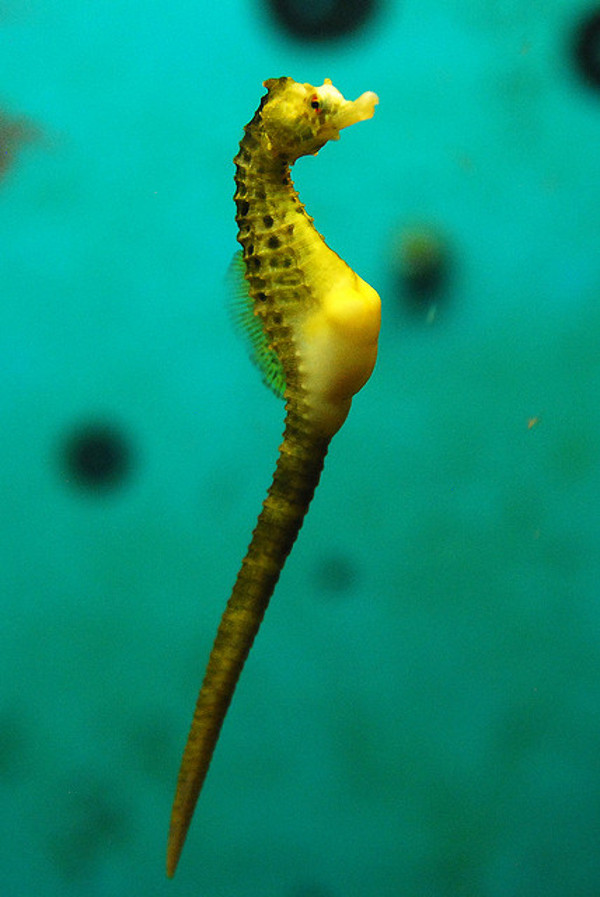 The Ocean is an Amazing Place/Tumblr

Have you ever seen a dried sea horse in a jar full of seashells as a “souvenir?” This is one of the threats sea horses face each year! About one million of these little creatures are stolen from the ocean and left to dry out in the sun. Other threats the sea horse faces include the pet trade and the Traditional Chinese Medicine Trade. The lesson here? If you want to save them, don’t buy them. 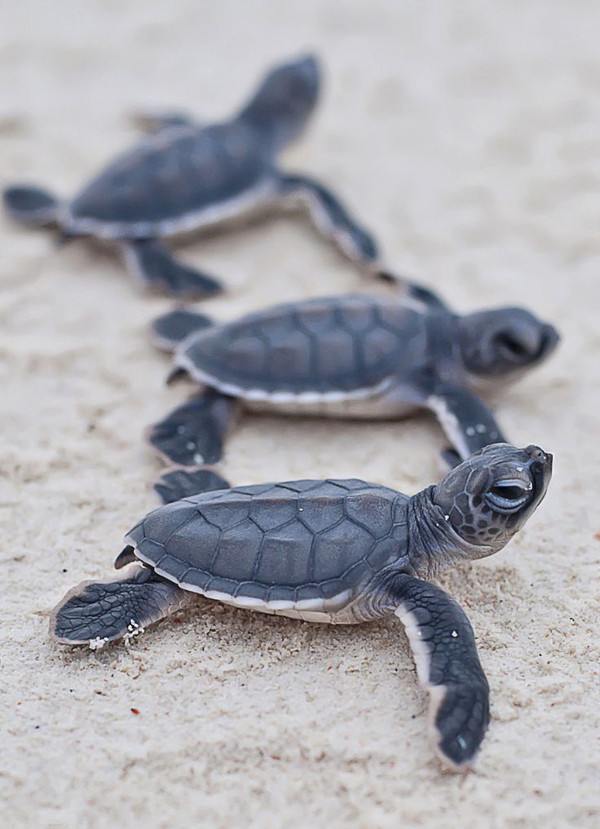 While sea turtles have natural threats in the wild, their greatest source of peril comes from humans. We eat them and their eggs, we illegally sell their shells, and we catch them in our fishing nets. How can we live with ourselves?! 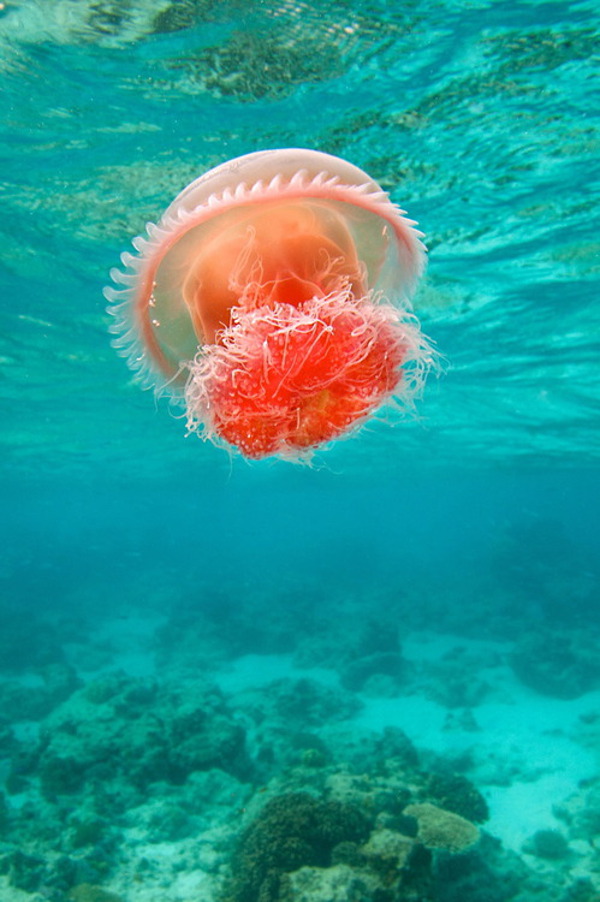 The Ocean is an Amazing Place/Tumblr 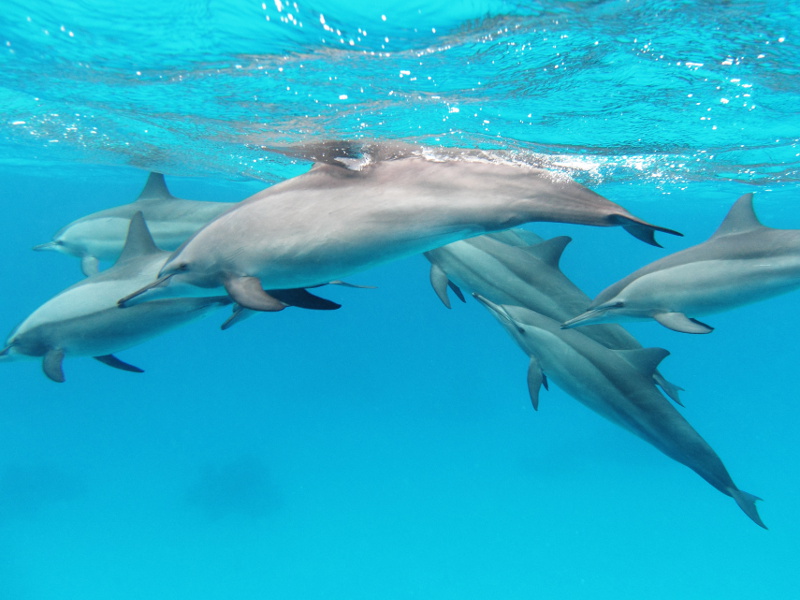 Because of climate change, dolphins are expanding their territories into cooler waters while their food seeks deeper waters. This pattern concerns scientists because, with such rapid changes in animal movements, dolphins may have difficulty with finding new feeding grounds. Want to help? Learn about the way you can reduce your carbon footprint! 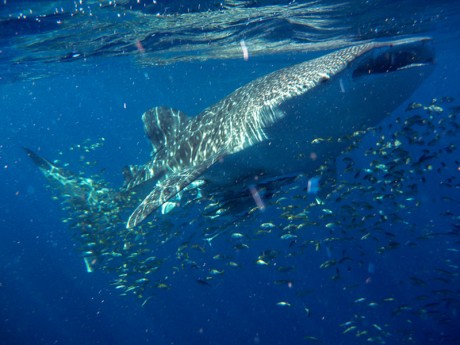 The largest fish in the ocean, the whale shark can reach over 40 feet in length! Unfortunately, while whale sharks grow, their populations continue to decline. The reason for this is believed to be a combination of over-exploitation and low reproductive rates amongst the population.If you want to help whale sharks, consider the “Adopt a Shark” program. 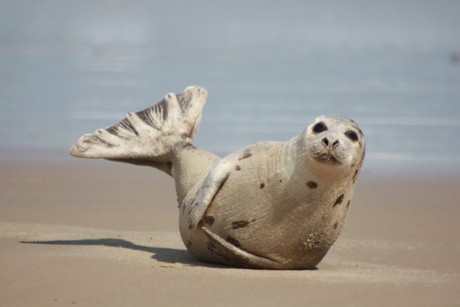 The Canadian seal hunts are infamous around the world. Methods for killing these animals include the use wooden clubs, hakapiks (clubs with sharp picks at the end), and guns. Canada isn’t the only place these massacres take place. Apparently, it is legal to kill 80,000-85,000 cape fur seals annually in Namibia. If you want to help, support the work of organizations like Sea Shepherd! 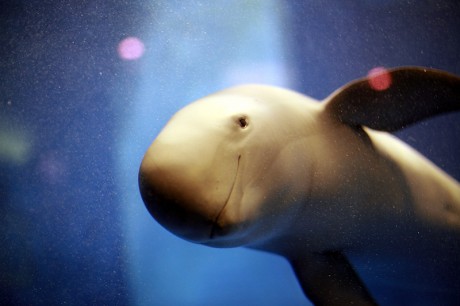 As of July 2013, the conversation status of Asia’s Yangtze finless porpoise has been modified to fall under the critically endangered category on the International Union for Conservation of Nature Red List of Threatened Species. It seems boat traffic on the Yangtze River is partly at fault here. Because of collisions, pollution, and accidental bycatch, the Yangtze finless porpoise’s numbers are rapidly declining. 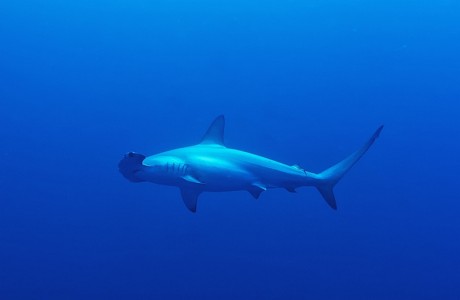 Like most of the animals here, the scalloped hammerheads main threat to survival is fishing. These sharks often get caught in fishing and trawl nets. In addition, the adults are also fished for their fins. According to the IUCN, this species is, unfortunately, “expected to have a low resilience to exploitation.” 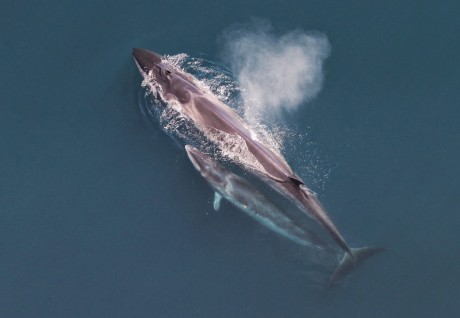 Sei whale hunting dates back to the 17th century and continued . Fortunately, the whales now receive protection through the International Whaling Commission and the Endangered Species Act. If only all animals were protected in such a way…

How You can Help These Beautiful Creatures

The two best things you can do to save our aquatic friends is to reduce your consumption of fish and other sea life and reduce your use of plastics and waste products. Once you do, you’ll realize that, not only are you saving the other beings on Earth, but your quality of life will improve with healthy food and less trash!

For more information, check out this article on 6 Ways You Can Help Save Our Oceans and support the work of these 10 Organizations Bravely Fighting for Marine Conservation.