Is Superstar Orca ‘Tilikum’ Infected With A Superbug?

Tilikum the orca, like Keiko before him, has captured the hearts of people from all over the world. There has been an outpouring of concern for him since SeaWorld Entertainment released news that his health is deteriorating.

Many have written beautiful testimonies in response, describing how Tilikum’s story, featured in the “Blackfish” documentary, has impacted their own lives, inspiring them to become a voice for captive whales and dolphins. And many are outraged that this majestic male, captured from the wild when he was only two-years-old, will die as he has lived since that capture, in a tiny, concrete tank.

It is well known that Tilikum’s life has been one of man-caused tragedy and that at least three people – and four families, including his own – have experienced tragedy too, as a direct result of Tilikum’s incarceration.

Yet even in what might be Tilikum’s final days, SeaWorld still appears to be painting a picture of mutual love and care; still ushering the facts into a quiet corner, as SeaWorld ushers Tilikum from tank to tank. But the truth is much more sinister: SeaWorld is not his family and since his captivity, he has never had any freedom to choose. 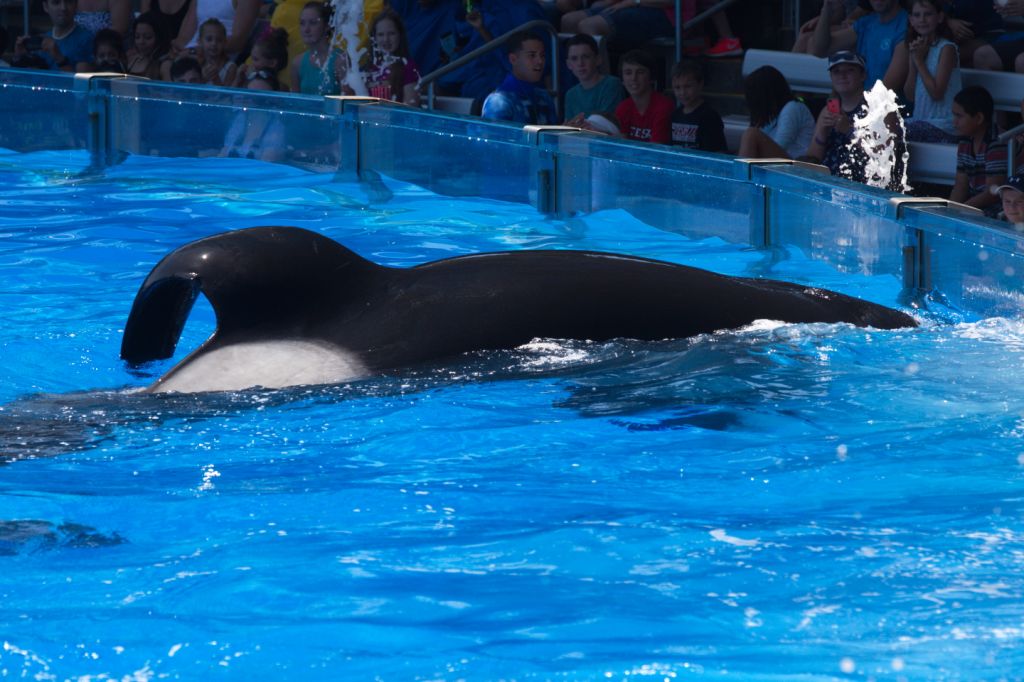 In its notice about Tilikum’s worsening health, SeaWorld has made ostensible efforts to wash its hands of the fact that Tilikum was captured from Icelandic waters as a young calf. And the entertainment company also seems to make attempts at pre-emptively mollifying criticism that will arise from Tilikum dying at only 35 years of age under its supervision.

These issues have been discussed at length, and will continue to be discussed long after Tilikum has gone. Now, however, questions must also be raised about the statement SeaWorld has actually made about Tilikum’s health problem. SeaWorld said, “…We believe [Tilikum has] a bacterial infection in his lungs. However, the suspected bacteria [emphasis added] is very resistant to treatment and a cure for his illness has not been found.”

In a short video released alongside this statement, a SeaWorld veterinarian, Dr. Scott Gearhart, said that blood is taken from Tilikum at least once or twice a week so that Tilikum’s health status can be monitored. Daniel Richardville, SeaWorld’s animal training supervisor, additionally stated that Tilikum has been trained to provide any sample required, including the release of his breath into a petri dish so that SeaWorld staff can “see what’s going on in” Tilikum’s lungs.

With such medical access to Tilikum, alongside the superior healthcare he is supposed to be receiving, why is it that SeaWorld only “suspects” the bacteria Tilikum is infected with? 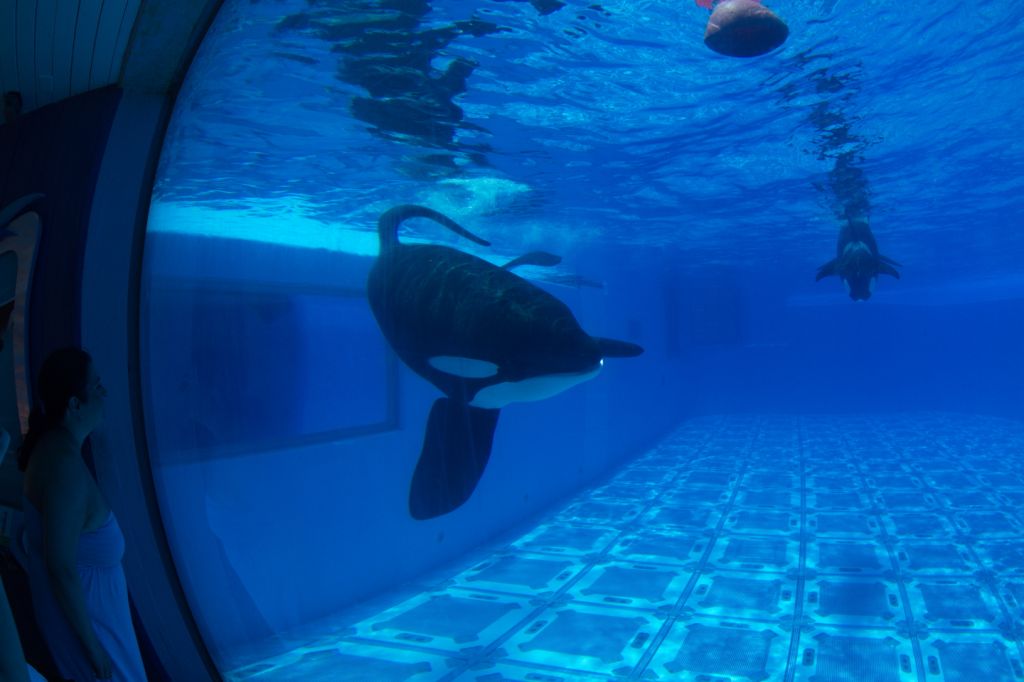 Dr. Naomi Rose, marine mammal expert with the Animal Welfare Institute, believes this detail is of grave concern, “There is an utter lack of transparency in our understanding of what is wrong with Tilikum. We are entirely dependent on SeaWorld for information and the company has an obvious conflict of interest in accurately reporting the situation.”

SeaWorld’s monopoly on information about Tilikum’s state of health and the way in which it reports this information is allowed by law and according to Rose, this is unacceptable. “We have no idea what bacterial strain is infecting his lungs – and that’s a key piece of information,” Rose stated, “SeaWorld owes everyone a clear description of the pathogen involved here and how Tilikum might have become exposed to it.”

That the bacteria infecting Tilikum is said to be resistant to treatment also raises serious alarm bells. Antibiotic-resistant bacteria are termed “superbugs” and in the human world, these superbugs create substantial scares. According to the Centers for Disease Control and Prevention (CDC), each year in the United States alone, over two million people are infected with superbugs and at least 23,000 people die.

Rose explained, “Drug-resistance is a human-accelerated problem. In the wild, naturally-occurring pathogens do have resistant strains, but the development and widespread use of antibiotics has led to more bacteria becoming resistant. And resistant strains, if they are zoonotic, could be far more harmful to humans than non-resistant strains.” Rose concluded, “SeaWorld’s failure to identify the pathogen is both insulting to our collective intelligence and ethically troubling.”

Zoonotic diseases are contagious diseases that can cross the species barrier, transmitting between animals, (including to and from humans). Of the superbugs listed by the CDC as being of serious threat level, several are known to be zoonotic, including transmission from whales and dolphins to humans, as described in a report prepared for the U.S. Marine Mammal Commission by the School of Veterinary Medicine at the University of California, Davis.

Could This Pose a Threat for Futher Transmission?

Dr. Ingrid Visser, principal scientist and founder of the Orca Research Trust, outlined that, “Both Pseudomonas and Staphylococcus species have been found in captive orca and both have been transmitted from whales and dolphins to humans, although in these cases, the strains were not recorded as resistant to antibiotics. These bacteria are, however, known to have drug-resistant strains reported in humans. They can and do kill.” Visser went on to say, “Right now, SeaWorld has stated that Tilikum is dying, but we don’t know which species of resistant bacteria are involved. The facility has a responsibility to disclose this information, not just to the public, but to relevant authorities and to other facilities which hold whales and dolphins.”

Visser is concerned not only for Tilikum and the other orcas in the tanks adjoining his, but for the people who are coming into contact with him too. Visser said, “SeaWorld has stated that Tilikum has an infection in his lungs. This means that each time he exhales, bacteria may be carried on that exhale and they could very well be entering his external environment.”

“I am unaware of what health and safety protocols SeaWorld has in place to protect its employees from resistant bacteria,” Visser added, “but from video footage SeaWorld has recently released of its staff working around Tilikum, those near him don’t seem to be wearing any protective equipment.” She noted that in a survey for the U.S. Government, “a worker who had come into contact with a dolphin, contracted a Staphylococcus infection alarmingly due to ‘receiving spayed breath from a dolphin,’ emphasizing just how easily a pathogen in Tilikum’s lungs could be transmitted.”

SeaWorld has already been cited by the U.S. Occupational Safety and Health Administration for placing its trainers at risk. This ruling was a result of Tilikum killing his trainer in February 2010, (only weeks after another SeaWorld-loaned orca had killed his trainer at Loro Parque in Tenerife).

Despite concerns, SeaWorld is yet to make a comment about whether the resistant bacteria infecting Tilikum also poses a risk to humans. One claim that has been made, however, is by Gearhart, who has said that, “If Tilikum would have shown up with this disease in the wild, there’s no doubt in my mind he’d have been gone a long time ago.”

Visser told One Green Planet that she has been monitoring the scientific literature for decades to document what pathogens are found in orcas. Visser found that, “The results are startling – four times the number of species of bacteria are found in orca who are held in captivity, compared to those orca who are free-ranging in the wild.” She emphasized, “In terms of pathology samples from both wild and captive orca, no superbugs have been documented in the scientific literature to date. Therefore, SeaWorld should be transparent about what is going on with Tilikum.”

The Impact of Captivity

Regardless of whether the bacteria that Tilikum carries in his lungs is found in free-living orcas or not, it is difficult to accept Gearhart’s assertion that Tilikum has fared better in captivity when SeaWorld itself has admitted it cannot find a treatment that works. And more than this, knowing that four times as many species of bacteria are known to infect only captive orca, the question might even be asked: Would Tilikum have contracted the infection at all, had he been allowed to remain in his natural environment?

It was only recently that another of SeaWorld’s orcas, a young female known as Unna, died. In this case, she was infected with another resistant pathogen, identified only as the fungal infection Candida. While Candida is a fungal infection (rather than bacterial), and SeaWorld hasn’t stated that Tilikum is suffering from it, Gearhart has confirmed that Tilikum is receiving not only antibiotics, but anti-fungal drugs as well. Visser points out that, “Of all the known instances of Candida infections in orca, none have been documented from the wild; instead, all have been documented in captivity and at least three from SeaWorld orca, two of which were fatal.”

In a 2015 chapter for the book “Fowler’s Zoo and Wild Animal Medicine,” Dr. Chris Dold, SeaWorld’s Vice President of Veterinary Services, wrote, “Overgrowth of Candida may be a result of long-term antibiotic therapy, aggressive antibiotic treatment, or both…” SeaWorld noted that in trying to treat the Candida infection in Unna, “It appears to be resistant to commonly used medications, and we are working aggressively to overcome this challenge.” She had been treated for months. This then begs the question, is SeaWorld’s use of medication a factor that contributed to Tilikum’s current state of health?  We likely will never know.

By taking Tilikum into captivity and keeping him there, his potential longevity may have been cut short. But it’s not just about how many years he, or any orca, survives. It’s about the quality of life they experience during their lifetime; it’s about how well they thrive.

And we know now, orcas do not – and cannot – flourish in captivity.

It is too late for Tilikum and we can only hope he will experience freedom again in his end-of-life release. For the remaining orcas in captivity around the world, it is important we keep the momentum going that Tilikum kick-started. That will be Tilikum’s legacy.

If you want to help captive orcas like Tilikum, 1. Don’t buy a ticket to see whales and dolphins in captivity, 2. Tell others about Tilikum’s story, 3. Tweet for Tilikum and #AskSeaWorld what bacteria Tilikum is infected with.