Humans have a “complicated” way of showing animals that we care about them. Just consider this: we “love” tigers and keep them in our backyards, we “love” dolphins, therefore we confine them to a tank in order to swim with them. We “love” elephants, therefore we travel miles to ride them. The question is, is this really out of love or is it out of selfishness? We strongly believe it’s the latter.

The idea of a tiger in the back garden, swimming with dolphins and riding elephants all sound like exciting ways to connect with those animals. Sadly, it’s anything but. These animals are exploited for the sake of our entertainment. In the wild, these animals would be around others of their kind, spend hours every day foraging for their own food and simply do what they were born to do. In captivity, they’re stripped of stimulation, companionship and freedom. Highly social and intelligent, it’s no wonder they suffer from deep psychological trauma as a result of life in captivity.

Through these industries, wild animals have been changed from the remarkable, unaltered beings that we so admire, into commodities to be used and abused for human entertainment. Here are several animals that have been completely changed due to our actions: 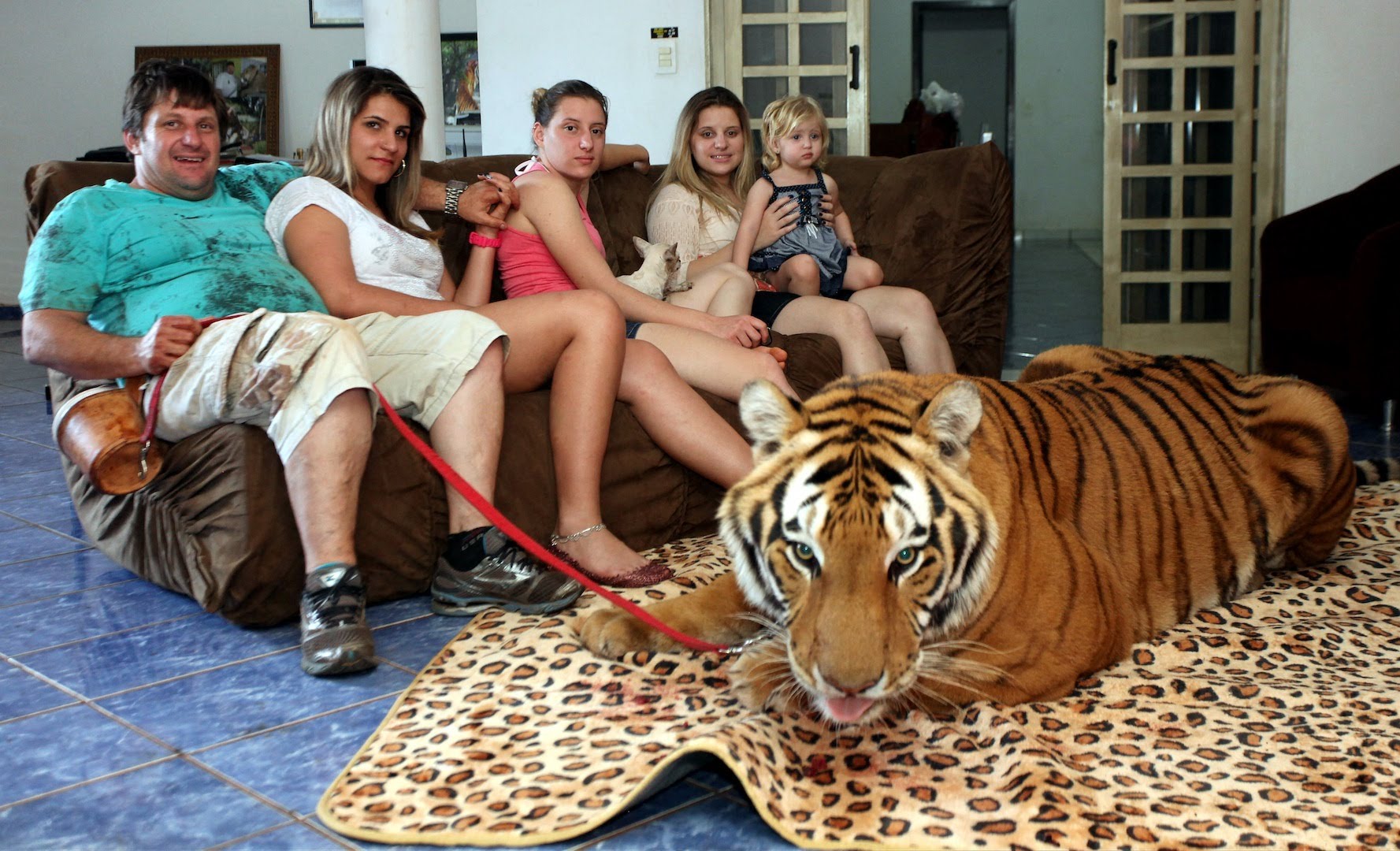 Tigers are one of the most vulnerable animals on Earth. Between poaching, deforestation, and the establishment of palm fruit plantations, tigers have become an endangered species. One would think that we would be doing everything we can to keep this incredible animal on Earth, but instead of helping their species in the wild, we’ve been taking tigers into our homes to become pets! According to the World Wildlife Fund, there are a staggering 5,000 tigers living in domestic households throughout the United States – that means that there are more tigers in people’s backyards than there are in the wild!

It’s said that in some jurisdictions, buying a tiger is easier than adopting a dog. The fact is, while a tiger might seem like a cool “pet,” they are never going to be a house cat, and the numerous accounts of big cat attacks prove it. In addition, like many wild animals in the pet trade, families too often end up abandoning these animals when they become too large, aggressive, or expensive to take care of. Some make it to sanctuaries, but others will end up in roadside zoos where they will live out their existence in captivity.

In the wild, tigers travel and hunt down their prey, whereas in captivity, they’re starved of this natural-born instinct. Locked up in a cage, these wild animals they have no room to live as an actual tiger. As a result, their behavior starts to change. They develop stereotypic behavior such as pacing and circling in response to boredom and lack of stimulation. Also, with the weak regulations of captive tigers in the United States, both public safety and wild tiger populations are at risk. The bigger the demand, the more tigers will be captured or bred in captivity. With only a few thousand left in the wild, we can’t afford to take this risk. 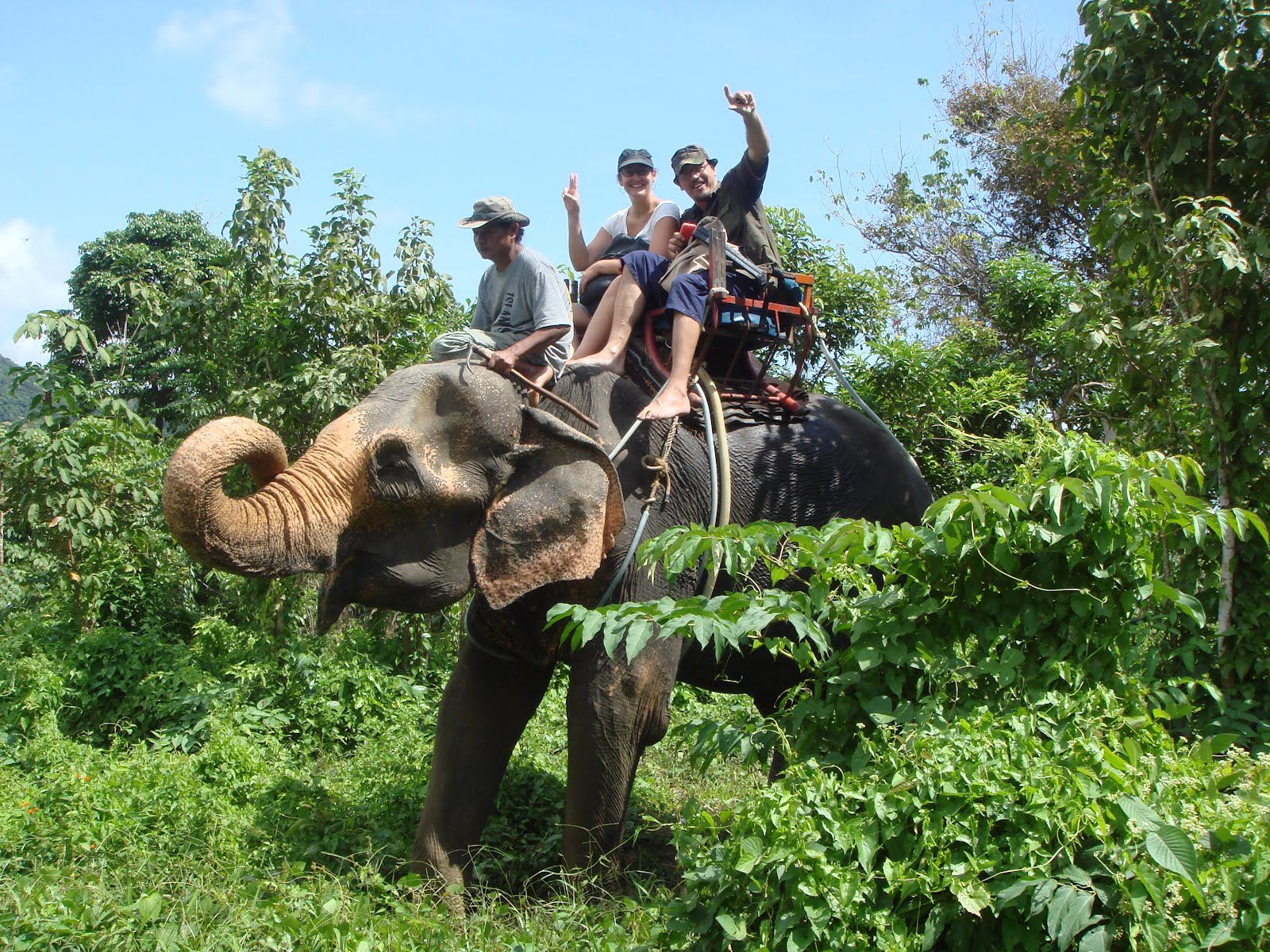 Even though they’re a dying species, elephants continue to be exploited for tourist attractions in Thailand and other parts of the world. A whopping 95 percent of all of Thailand’s elephants are in private ownership, with nearly all of them in the trekking industry. Elephant trekking is one of the world’s biggest tourism industries. To international visitors, a ride on an elephant is just innocent fun, but the abuse these elephants face behind closed doors is anything but entertaining.

In this businesses, elephants are taken from their mothers when they are very young in order to be “broken” with severe beatings and trauma in order to make them submissive to their masters. In the wild, baby calves would live with their mothers for up to five years, within herds of up to 100 elephants, who all look out for the little ones. In the tourism industry, families are separated while these incredible beings are placed in shackles, unable to move an inch without the command of their leaders, who uses bullhooks to prod and poke their skin to follow commands. These gentle beings are then forced to give long rides to tourists with few to no breaks from the intense heat. Elephants are highly social, intelligent animals who deserve better than this life of misery. Because of the lack of space, abnormal social situations, and the lack of companionship, they begin showing signs of psychological distress and this can easily be seen in their behavior. Head-bobbing and swaying are common behaviors seen in mentally distressed animals and some will lash out, creating dangerous situations for tourists.

By demanding these rides, we’re also threatening the populations of the already endangered Asian elephant. With so few elephants left in the wild, we need to be protecting these animals, not exploiting them. 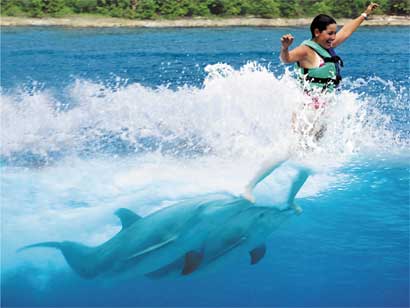 Thousands of American tourists flock to the Caribbean and other balmy countries for the sunshine, clear beaches … and the chance to swim with dolphins. While the idea of riding or swimming with a dolphin may seem like an enchanting experience, these attractions have a dark underside that’s anything but fun for the animals.

In swim-with-dolphin programs, highly intelligent animals are stolen from their families (or bred in captivity) and forced to live in overcrowded, tiny swimming pools or netted areas in the ocean, encompassing less than one-percent of their natural environments. In the wild, dolphins will swim up to 100 miles a day together in family pods. In captivity, though, they can barely swim a mile.

Since dolphins live in such small enclosures in these facilities, studies have shown that they actually stop using their natural sonar – a sense that allows them to recognize their environment and to communicate. It’s precisely this deprivation of natural behavior, exercise, companionship, lack of stimulation, that leads to the dolphin’s demise. They start exhibiting repetitive behaviors like head bobbing, pacing, circling, vomiting, biting on bars, and self-mutilation. These behaviors are rarely, if ever, seen in the wild.

Former employees of such facilities have noted that the dolphins were put under extreme pressure to perform, having a schedule of 10 interactions a day where they would perform the same repetitive tricks and stunts for paying customers. While these destinations are exceptionally popular, especially as cruise excursions, some of the most popular facilities are routinely cited for violations. The Whale and Dolphin Conservation (WDC), who has been campaigning against cetacean captivity for 16 years, documented dozens of welfare incidents in the Caribbean in a 2010 paper called “Captivity in the Caribbean.”

Dolphins are one of the most intelligent beings on Earth. They have their own language, names for one another, and experience complex emotions, the same way we do. Knowing how dynamic cetaceans are, keeping them in glorified bathtubs and forcing them to do tricks for food is insulting and cruel. Could you imagine the pain of living in a small room your entire life and having to giving piggyback rides to be fed? This isn’t the existence these incredible beings should have. 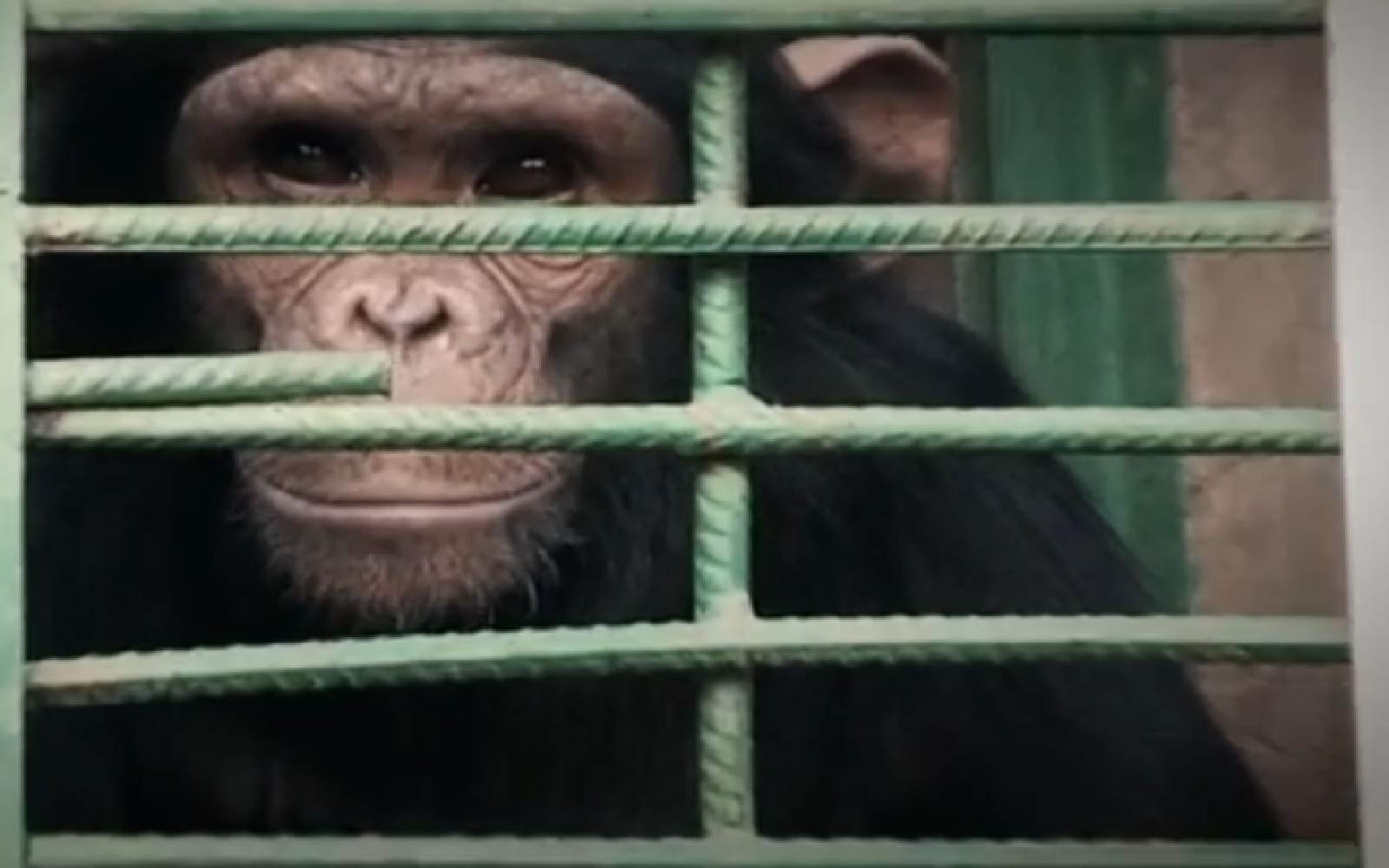 Yes, we share nearly 99 percent of our DNA with them and yes, they’re really cute as babies but no, chimpanzees don’t make good pets. Chimps share a lot of similarities with humans: they’re highly intelligent, social, and emotional creatures. But the fact remains that they’re still wild animals. Taking a baby chimp away from his parents leaves the young one extremely vulnerable to predators and poachers. In addition, ape babies learn by watching and imitating their parents, just like we do. When they grow up with humans, instead of their own, they fail to learn natural chimp behavior and as a result, no longer behave like actual chimps. What doesn’t seem to occur to many people is that those cute little chimps grow up and in turn, grow bigger. Instead of having a jungle to roam, they end up in a cage with little space and this can cause extreme mental distress. They start developing abnormal behaviors that would never be seen in the wild, such as pulling out their hair, rocking back and forth, and self-mutilation. Last year, The U.S. declared both wild and captive chimpanzees to be endangered species. If we want to keep our closing living relative on this planet, we need to stop treating them as trophy pets and start protecting them before it’s too late.

Keeping wild animals in the wild is the most important action we can all take. Spreading awareness of the cruelties faced in these so-called attractions and businesses is key to ensuring more animals do not end up behind bars. Animals are not commodities. By sharing this article, we can educate others on the importance of leaving animals in the wild and giving them the life they truly deserve.