Dirty Secret of New York City’s Homeless Animals, and the Story of How I Rescued Kinchi 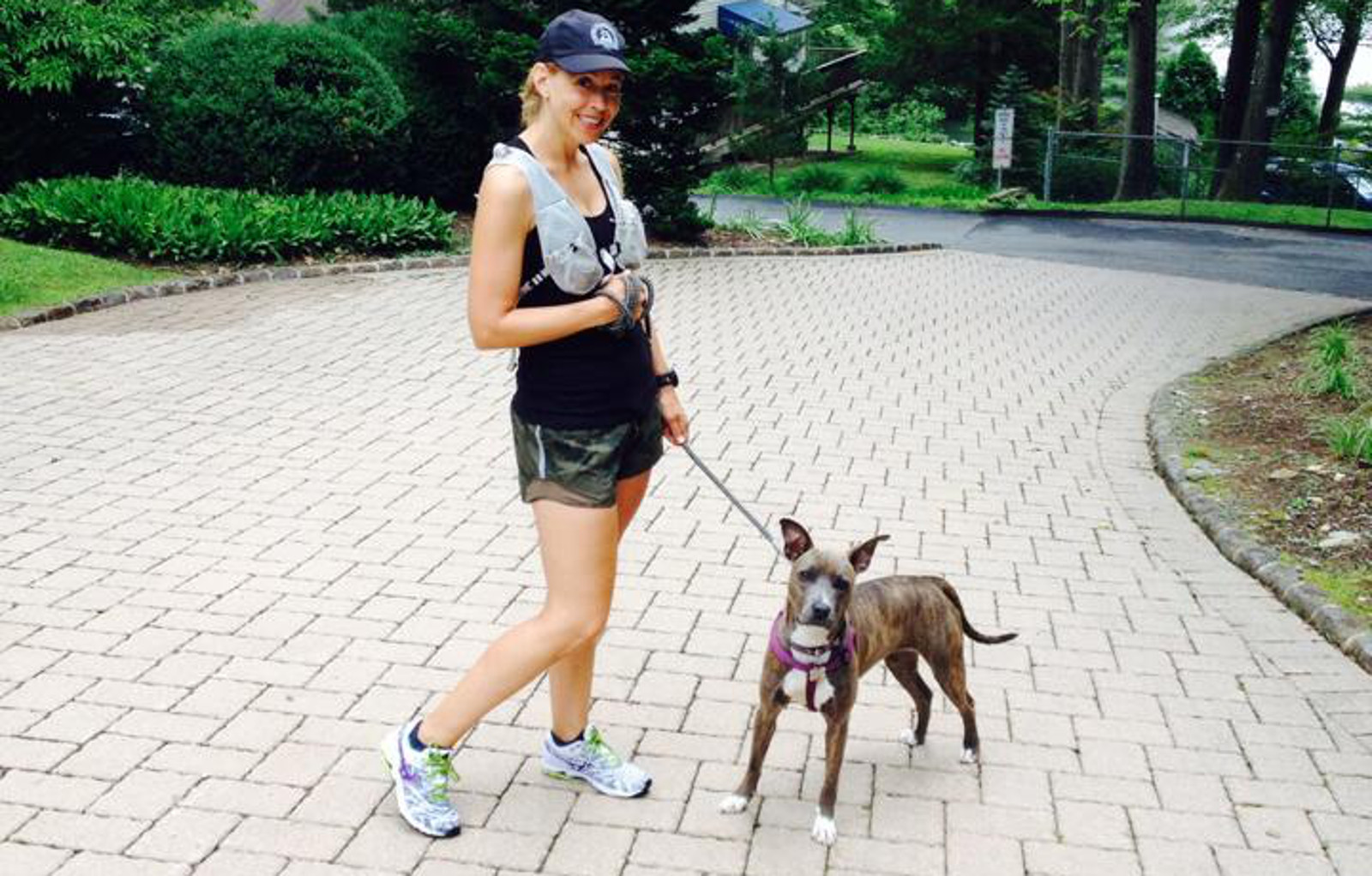 The day began normally on June 6th, 2014. I am in my classroom grading projects and eating lunch at my desk. I scroll through Urgent Part 2 on my phone, a non profit organization dedicated to rescuing New York City’s homeless animals.

NYC’s Animal Care and Control has a euthanasia list released daily, and the dogs (cats, too) only have 18 hours to be rescued, or they are euthanized. The destroy list can have over 20 dogs per day. Without the help of the volunteers who work frantically taking better photos (NYCAC&C’s intake photos are terrible), or better yet, videos of the dogs, writing comments, and updating statuses, many would never survive.

It seems that barely anyone in a vast population of over eight million knows this is even happening because so many of them still die. Supporters and cross posters have helped a lot, and Urgent has now grown to over 100,000 followers, but it is not enough to move NYC towards being a No Kill City, which is Urgent’s ultimate mission.

So, before my lunch was over, and with the help of two very dedicated, amazing rescuers, Lynn and Debbie, I reserved nine-month-old Kinchi online with only 15 minutes to spare before she would be euthanized. 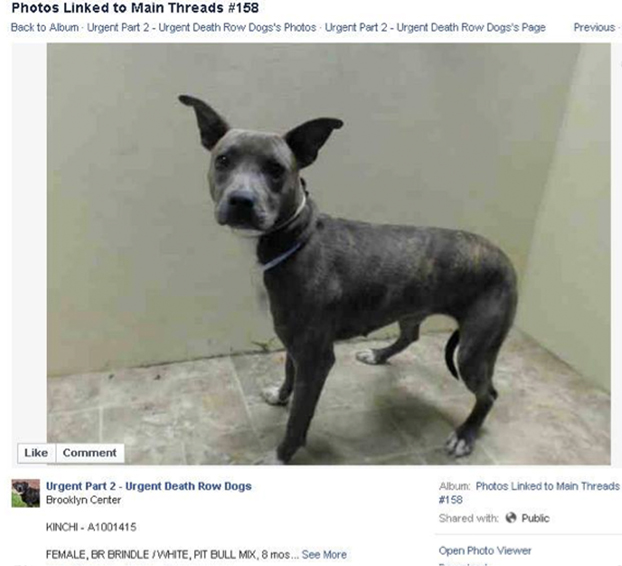 I proceeded to text my husband to let him know, “We will be driving to Brooklyn tomorrow, so don’t make any plans,” and then sent him a photo of her.”Are you nuts?” Perhaps. “What about the girls?” I assured him Kinchi received an “average” behavior rating at the shelter, and that although she is a Pit Bull-Whippet mix, our two little puppy mill rescue dachshunds would be okay.

I was not going to let Kinchi die like Sally did.

Sally was another owner surrendered dog who was euthanized after only four days in the shelter, because she was scared and sad, and no one came to save her. The photo of her face, with tear stained eyes, haunted me since the day I finished work and saw GONE as her status. I knew after that moment I would not let that happen to a deserving dog that could be saved. I knew Kinchi was that dog.

More Than a Statistic

I was fortunate, as a teacher, to be able to spend the summer with Kinchi. Teaching her manners, going for walks in the woods as a family, socializing with the neighbor dogs, even getting a bit of training for all of us – to be sure she could be the best dog she could be.

I am not going to say it was easy, but, soon enough, her and I were going for runs together without me worrying she would cut me off to catch a squirrel. A defining moment was when we were running around the lake, and I saw her just looking around peacefully at the rocks and trees, and then up at me, and she gave a little hop in the air and a kiss to my hand, as if to say, “This is so great, thank you so much.” 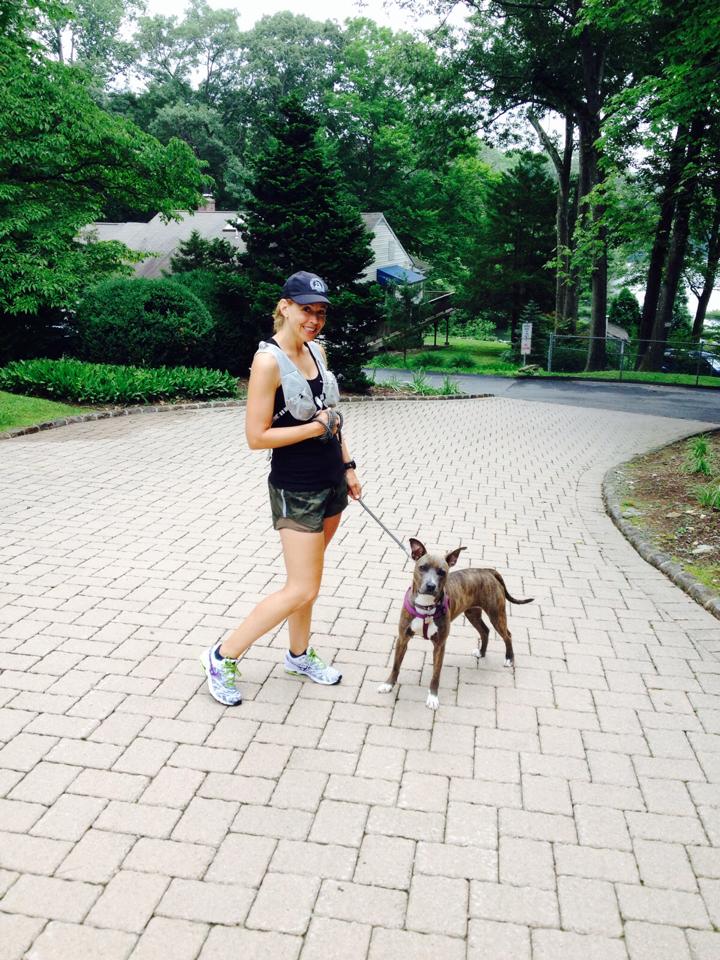 Her rambunctious puppy play has now evolved to a loving, gentle relationship with our dachshunds. A quick decision not only saved her life, it gave our family so much more than that. She defies the stereotypes of bully looking breeds, and even goes to work with my husband and meets his clients. 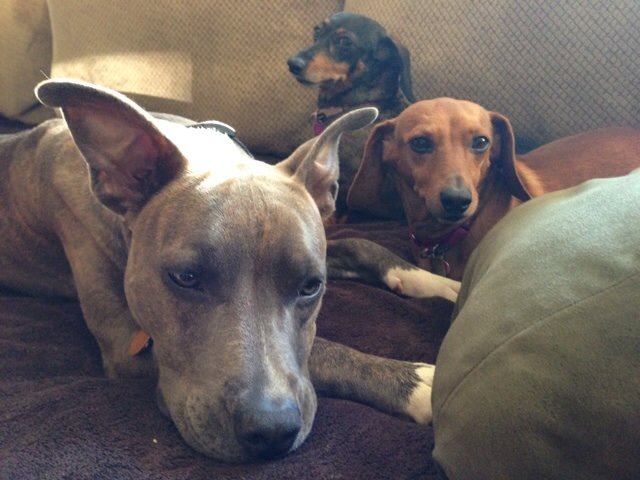 Over three million animals across our country are euthanized every year because they have been abandoned, dumped, abused, or surrendered, and end up in kill shelters. Companion animals help us love, help us reconnect with what really matters, love and the present moment. Please help the Kinchis out there, adoptable dogs with so much love to give, they just need to be noticed and given a chance.

There are several ways to help New York City to become a No Kill City. You can adopt, you can foster and give an animal in danger a warm place to crash until an adoption, or you can pledge to help a New Hope Rescue save them and get necessary vet care, and spay or neuter.