Dolphins in Peru are Being Killed for Shark Bait. Here’s What You Can Do to Stop it! 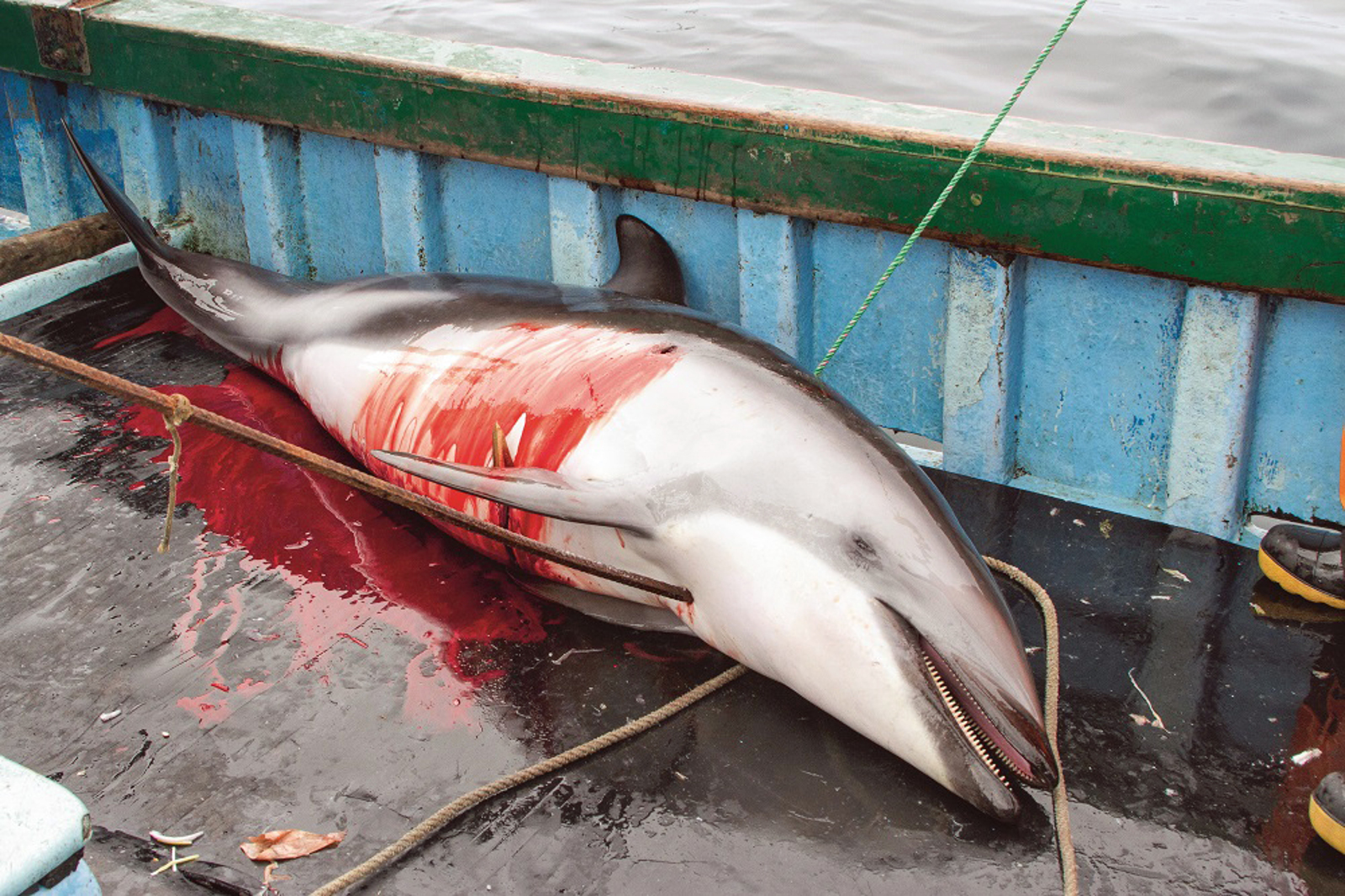 For years, the country of Peru has outlawed the killing of dolphins. And for years, a number of Peruvian fishermen have ignored these laws, often selling dolphin meat in fish markets.

But in recent years, much larger numbers of dolphins have been found dead in Peruvian waters. Investigations by filmmaker and conservationist Hardy Jones and his group Bluevoice and the environmental organization Mundo Azul have shown that the growing market in Asia for shark fins has led to the slaughter of many more dolphins than in previous years for shark bait.

Shark numbers around the world have been decimated by the shark fin soup trade, emanating from China and other East Asian countries. Many shark species are now considered seriously depleted.

By some estimates, as many as 10,000 to 15,000 dolphins a year are now being killed for shark bait in Peruvian waters.

Mundo Azul made the following video and is raising funds for distribution of video of the illegal hunts.

Activists in Peru are urging the government to take the following steps:

1. Ban the possession and use of harpoons. Harpoons are only used for dolphin hunts – and as killing of dolphins is illegal, a harpoon ban is the only logical and long overdue step to stem the dolphin hunts;

You can help by contacting Peruvian President Humala at [email protected] urging him to adopt the steps above to protect Peru’s dolphins and sharks.

Please also send a copy to your country’s Peruvian Ambassador. In the U.S., you can use this online form.