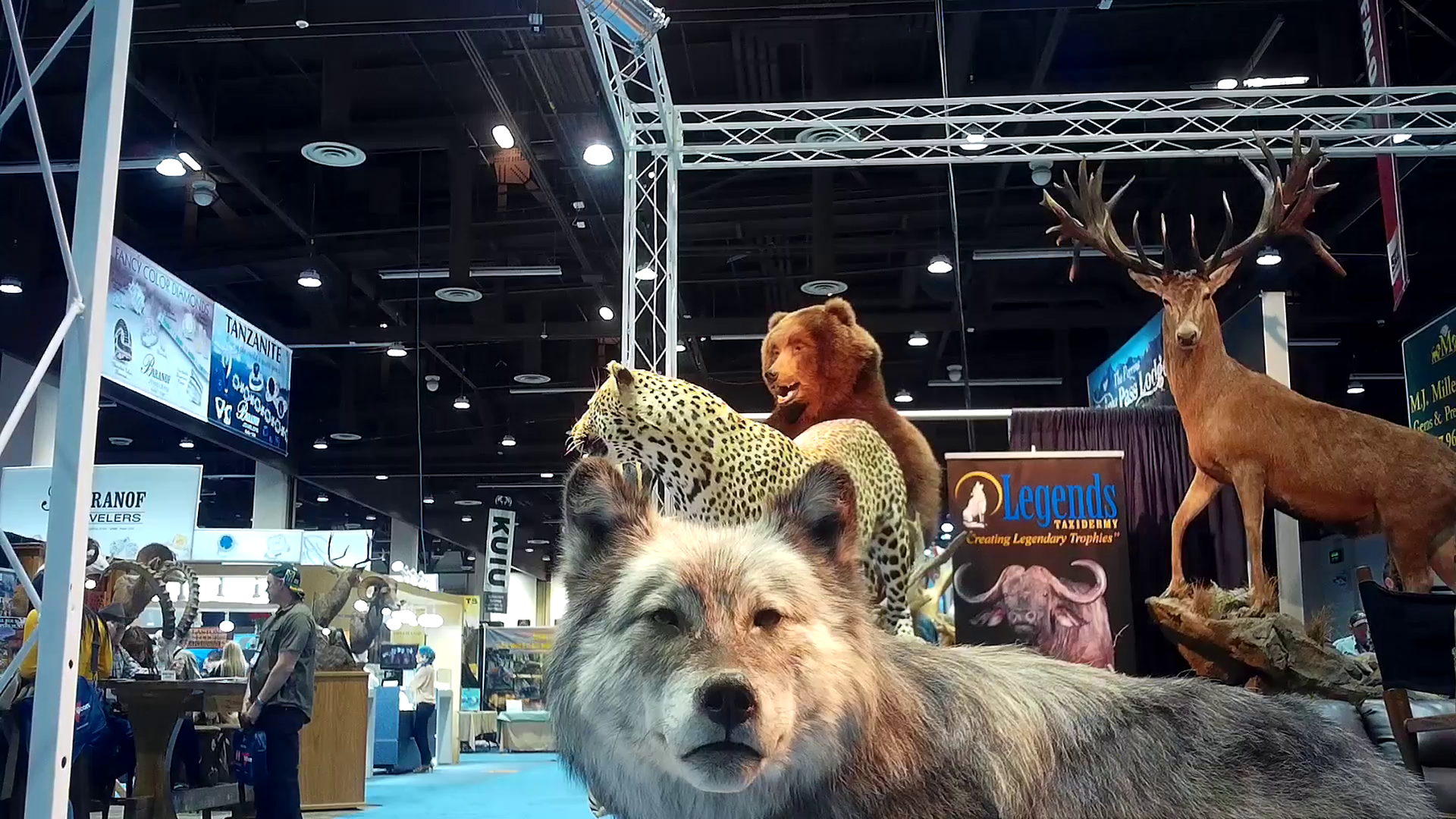 Recently, Donald Trump Jr. drew backlash from animal activists for auctioning a “dream hunt.” The highest bidder won a Safari Club International hunt with him and his son in Alaska, to kill Sitka black tailed deer and sea ducks. It was enraging and devastating that he was promoting killing animals for fun in this way, and it wasn’t the first time. He actually used government resources to kill a protected endangered sheep in Mongolia without a license last year. And now, it’s been uncovered that Safari Club International, the company he worked with on the auction, is involved in trading the body parts of endangered animals.

Humane Society of the United States (HSUS) reports: “Items found for sale include belts and boots made of elephants, hippos and stingrays, which likely violate Nevada’s wildlife trafficking law.” This was seen at the convention at which Donald Trump Jr. was a speaker on February 5th through 8th.

Other items for sale were “boots made of giraffe skin ($1,390) and kangaroo skin ($1,080), and trips to hunt Asiatic black bears, giraffes, elephants, lions, hippos and more.”

Elephants and giraffes are both being driven to extinction by poaching and trophy hunting. Kangaroos have also been deeply affected by bushfires in Australia causing luxury brands to finally understand that they should not be killed for their skin, but Trump Jr. and the Safari Club International don’t seem to care.

The plight of these animals is well documented, which is why CITES has been adding protections to many of these species and states have been beginning to ban the sale of products made with their skins and body parts.

The club was also selling (for the second year in a row) canned lion hunts, which are absolutely cruel and horrific ways to treat animals. Lions are bred in captivity and then killed in captivity where they never have a chance to be free or escape their killers. African lions are also in need of protection because of the devastating ways trophy hunting is affecting the species.

President and CEO of the HSUS, Kitty Block says: “This convention does nothing other than celebrate senseless violence towards wildlife. For far too long SCI has chosen profits and bragging rights over conservation, ethics and the law, and has been trying to convince the public that the display of thousands of dead animal trophies, parts and products is somehow beneficial to conservation. The public isn’t falling for it anymore. Wild animals are not commodities to be sold, with their deaths something to celebrate. This needs to end.”

Among the items for sale were a $350,000 hunt for a critically endangered black rhino in Namibia. Black rhinos are practically extinct at this point, so this is absolutely devastating that they were selling this. There was also a polar bear hunt in Canada for sale at $35,000. Polar bears are also suffering extremely due to climate change and hunting an animal that is already on its way to extinction is just plain cruel.

According to HSUS, these other hunting trips were for sale too: