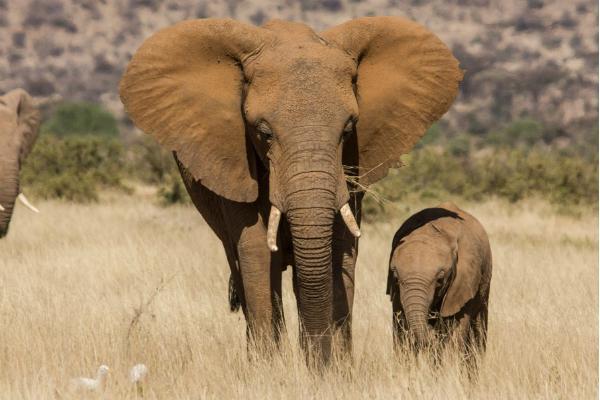 Lead Image Source : Courtesy of In Defense of Animals
Subscribe to Newsletter
FoodMonster App
Buy our Cookbooks
Sign Our Petitions

At the CITES conference, members of the Convention on International Trade in Endangered Species of Wild Fauna and Flora convene on matters involving wildlife trade. Just last week, CITES made a great decision for giraffes, finally giving them some protections from extinction. The conference doesn’t always yield positive results as environmental and wildlife organizations and activists eagerly await nerve-racking decisions, such as a recent vote on the import of elephants. The United States sadly voted against protect wild African elephants, instead wanting to continue exploiting them and importing them to American zoos. Fortunately, they lost in the ultimate vote.

Last week, the U.S. delegation at CITES voted against defeating the proposal that would “would end the practice of separating traumatized, often very young wild African elephants from their mothers and shipping them to zoos in the U.S. and elsewhere.” Fleur Dawes of In Defense of Animals (IDA) says, “U.S. zoos pose a serious threat to wild elephant wellbeing and survival of mothers and their calves. It is irresponsible and cruel for zoos to fight to continue stealing elephant individuals from the wild while causing others to die prematurely in captivity. If the zoos succeed in blocking the ban through the U.S. and E.U. delegations, they will have guaranteed that the horrific trade in live wild elephant infants will continue. This is simply unacceptable.”

However despite the vote from the U.S. against the proposal, it passed yesterday and will effectively end the practice of separating African elephant mothers and babies to ship them to zoos, including in the U.S.

There are unique exceptions to the bans, such as if there is an emergency situation, or a case in which off-sire conservation proves necessary. Although it would have to prove to be close enough to the natural habitat of the African elephants. According to IDA, it’s also “unlikely” for the CITES Animal Committee and the International Union for Conservation of Nature elephant specialist group to approve any import of wild African elephants to zoos.

About the momentous decision, IDA’s Dawes says: “The CITES decision to ban the trade of wild elephants is a momentous win. There is never a justification for tearing elephant families apart and sending them into what amounts to a lifetime prison sentence in zoos. Today’s decision reflects growing public sentiment that views such transfers as purely financially motivated, with U.S. zoos leading the charge.”

This is excellent news for wild African elephants! We hope these protections help keep them safe in their natural habitat with their herds where they belong.