Delilah, the Calf Was Born Blind, and That’s Why She is Still Alive 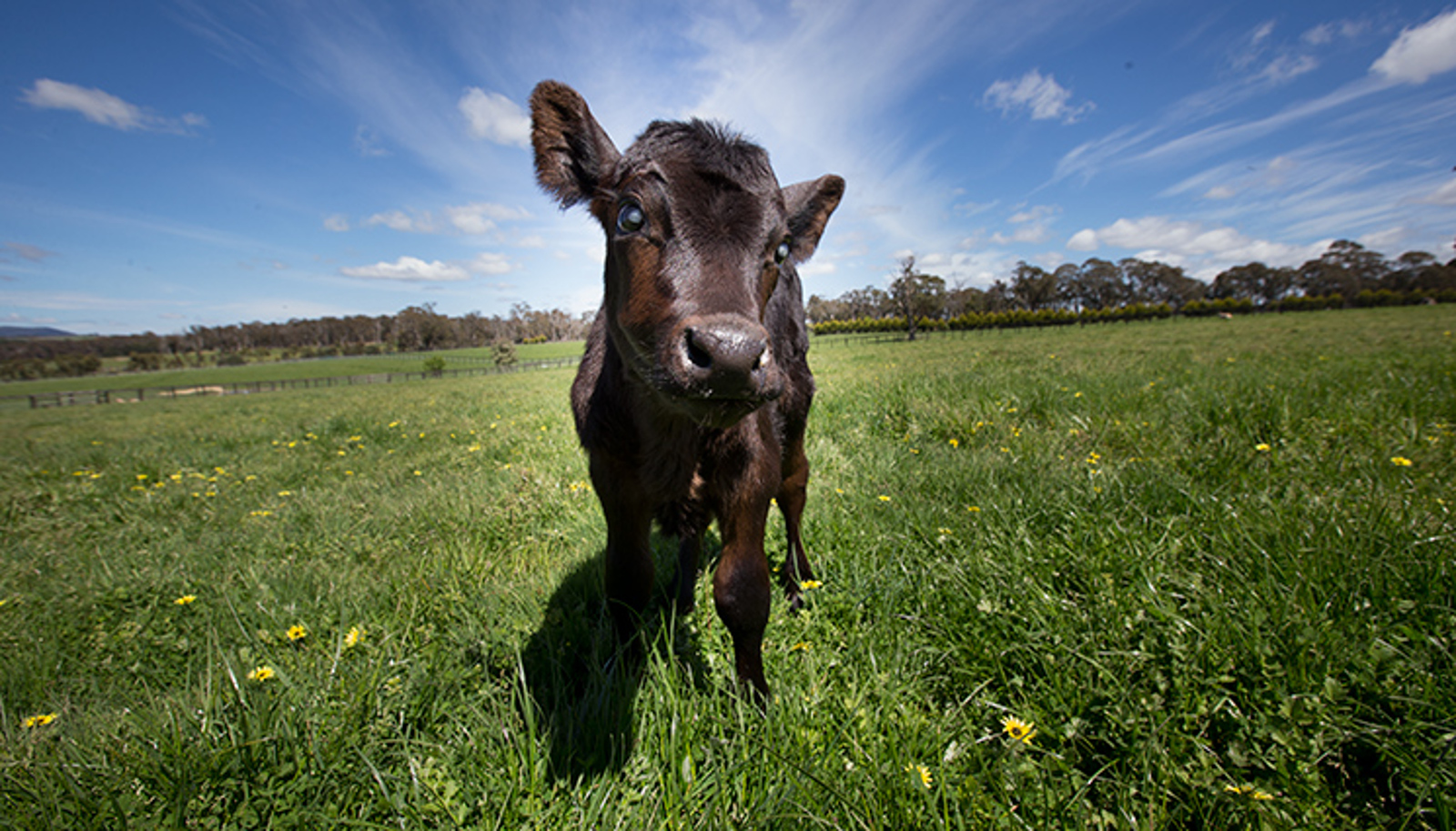 Being born into the meat industry is a highly unlucky fate for any animal. In the world of factory farming, there is no mercy shown to a new born animal. Although humans relish over puppies, kittens, and their own children – for some reason, animals that are delegated as “food” animals are not afforded the same care or worth.

But, despite the belief that farm animals are in some way different than domestic animals, anyone who has spent time with a cow knows that the differences are not as vast as you might think. Cows love to cuddle, they have best friends, and love to run and play when they have the chance. Sounds a lot like a dog, doesn’t it? There are many reasons to absolutely love cows, and Australian farm animal sanctuary, Edgar’s Mission, is very familiar with these reasons.

Edgar’s Mission works to show the world that farm animals are someones, not somethings and deserve to be treated with compassion and kindness. Naturally, when the team at Edgar’s came across Delilah, the blind calf, there was no question that they would take her in and give the most wonderful life possible.

Delilah was born into the meat industry where she was regarded as little more than a number and potential for profit. She was discovered abandoned on the side of the road by Animal Control and brought into the care of local authorities. 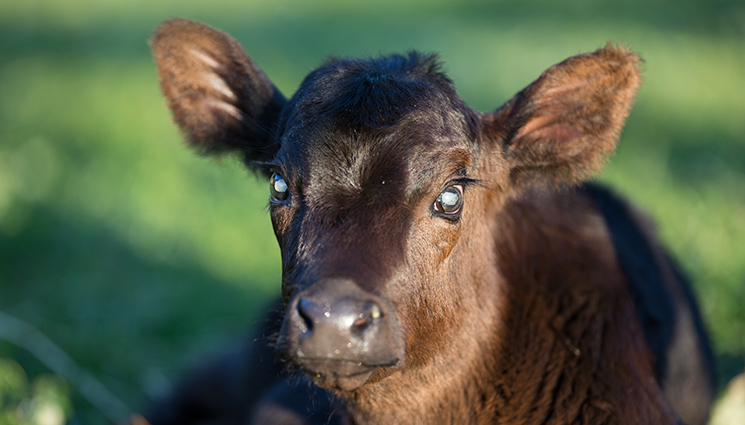 How Delilah found herself all alone on the side of the road is unknown, but it is likely that when the farmer who owned her noticed she was blind, she was of little use to him. A blind cow would not fare very well in a feedlot and she would never stand to turn a profit for the farmer.

Where the farmer may have asked himself, “what am I to do with a blind calf?” The question was much more simple for Edgar’s Mission. They would happily take in little Delilah and allow her to live life as she pleased. The new question became, “What will Delilah do with her life?” And so for now, the answer is: enjoy it! 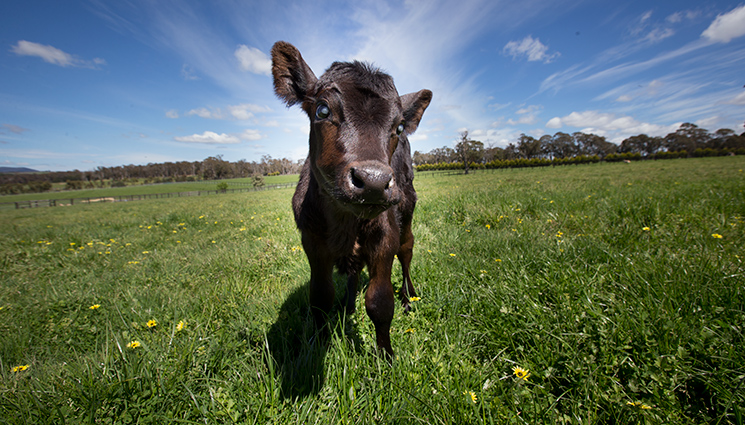 Caring for a blind calf does of course come with its challenges. Special accommodations have to be made to ensure that Delilah can navigate the sanctuary safely, especially considering she is unfamiliar with her new environment. Cows are very smart and they are able to learn the layout of their barns (as Stevie the cow did) but this does take time and a great deal of patience. Delilah has already managed to learn the perimeter of her day paddock.

Edgar’s is more than ready to care for this special calf and will monitor her care as she grows and adapts to her new home. A curious calf can be a little hard to wrangle at times, but we have a feeling that the workers at Edgar’s have seen their fair share of rambunctious young farm animals. It is crucial that trust is established between Delilah and her caretakers, “Right now, she is as vulnerable as any creature could ever be and we work each and every moment to ensure her incredible trust in us is validated.” 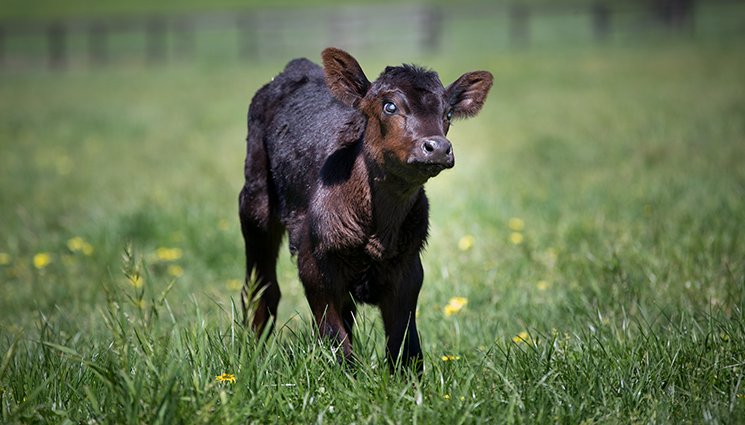 “Sure, Delilah is blind,” says Edgar’s, “a condition our vet has advised appears to have been present since birth, but she is so many other things too. Delilah is gentle and beautiful. She is precious and she is aware.”

As with humans who have sensory disabilities, Delilah’s other senses play a role in allowing her to navigate the world. She knows the smell of her favorite humans and her formula and is always curious to meet the new animals that wander into her path. 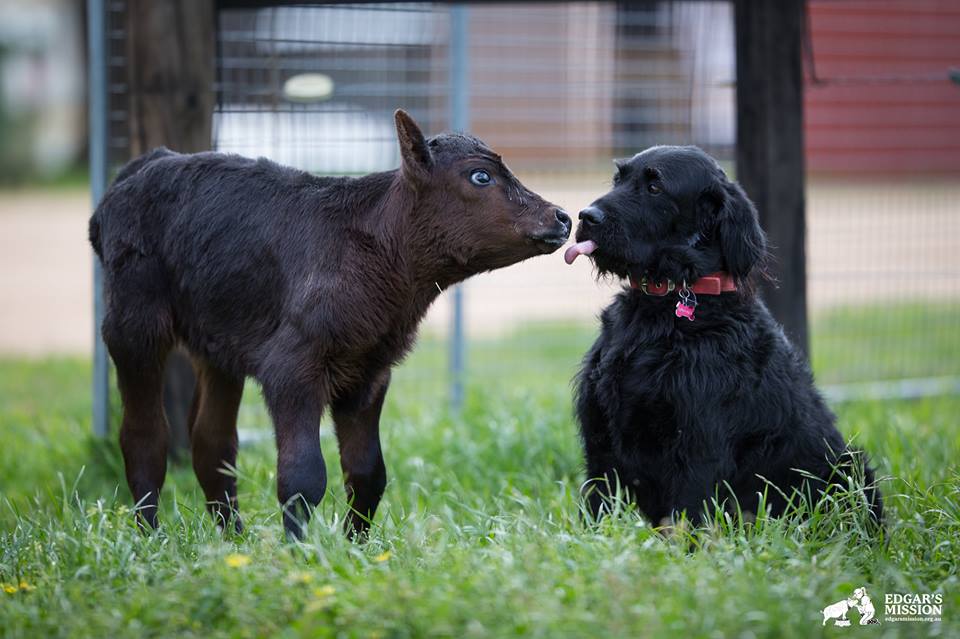 The more Delilah comes into her own, the more apparent it becomes that despite her minor disability, she has so much to give to this world. A gentle and inquisitive creature, it is perplexing to think that some human did not see a smidge of worth in this small creature and left her for dead. Thankfully, there are amazing, compassionate animal lovers out there – such as the ones at Edgar’s Mission – who are able to see the worth in every living being and make it their life’s mission to see that worth realized.

As Edgar’s says, “Delilah may well be blind but it is through her that we see a better future for us all.” 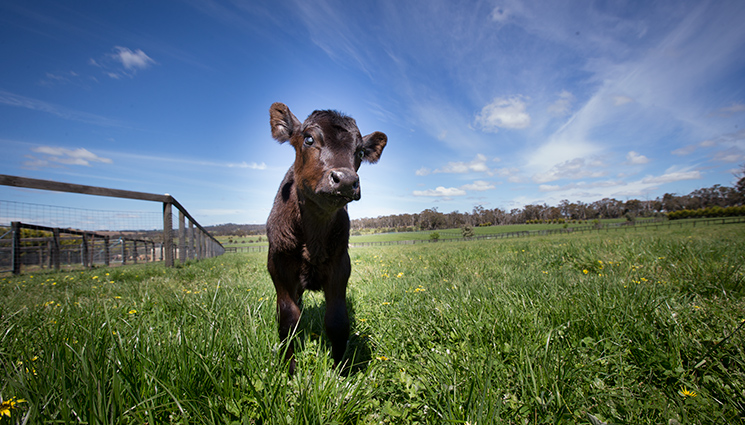 To learn more about Edgar’s Mission Farm Sanctuary, check out their Facebook page and website. To make a donation to help Edgar’s care for sweet Delilah, click here.