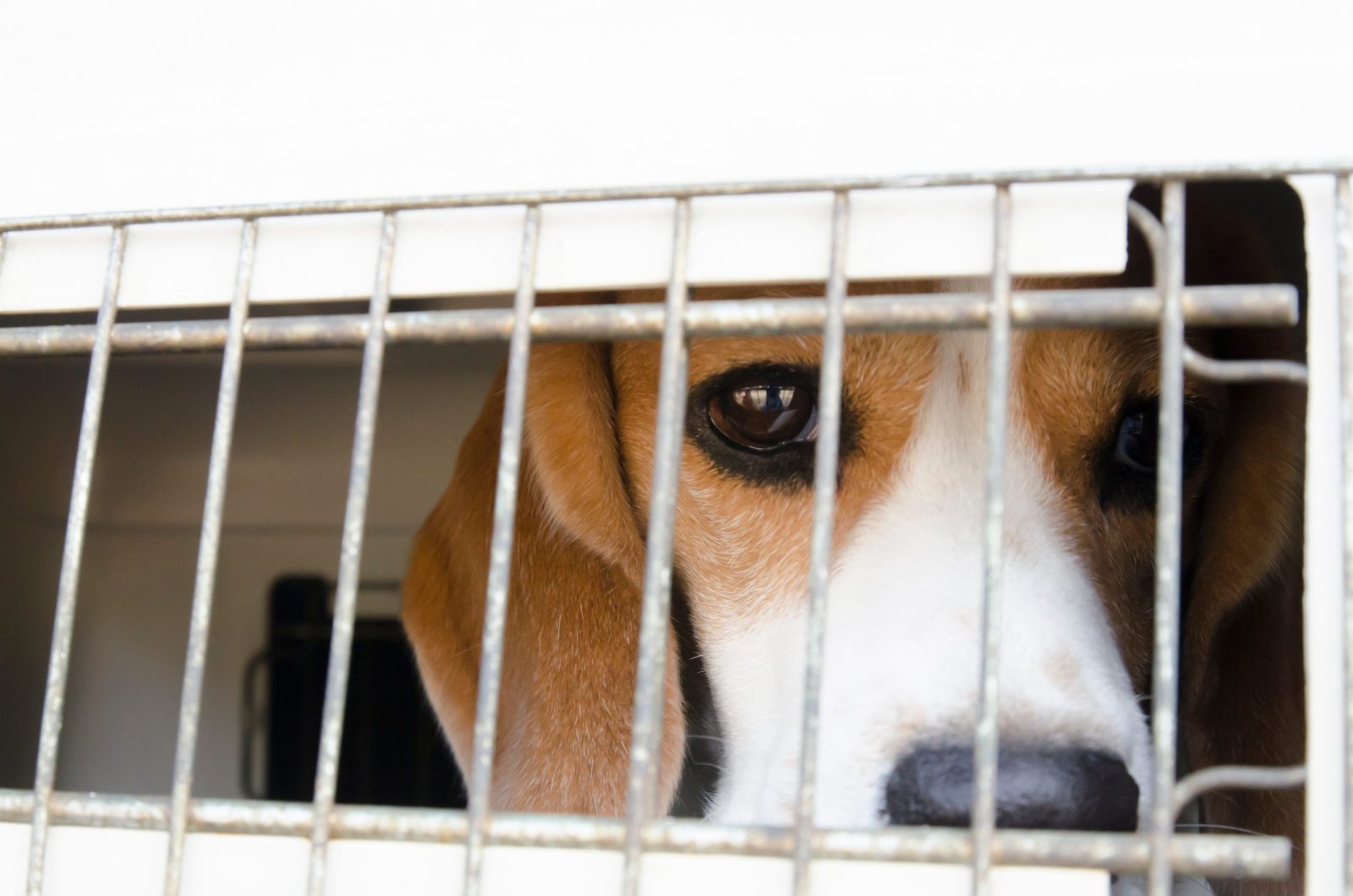 For years, White Coat Waste Project (WCW) has been working to curb cruel and wasteful animal tests conducted by the Food and Drug Administration (FDA) and mandated drugmakers by the agency’s red tape. Now, the White House and new FDA Commissioner Robert Califf have put cutting animal testing at the top of their agenda.

Among the priorities highlighted in the FDA’s press release about its 2023 budget request to Congress, the agency announced plans to create a new program “to reduce animal testing through the development of qualified alternative methods,” and to “spur the adoption of methods for regulatory use that can replace, reduce and refine animal testing.”

This is a welcome breakthrough for puppies, patients, taxpayers, and the industry.

Last year, our “Broken Bureaucracy” investigation detailed how thousands of beagle puppies — heartbreakingly, some as young as one week old — were injected with or forced to swallow and breathe excessive doses of experimental drugs to fulfill FDA testing requirements. According to the new drug applications we analyzed, some puppies even had their mouths taped shut to prevent them from spitting out the compounds.

Adding insult to injury, over 90 percent of drugs that pass these FDA-mandated animal tests fail in human clinical trials because they don’t work or are dangerous. Each failed drug costs thousands of animals’ lives, years of R&D, and hundreds of millions of dollars, which in turn slows medical innovation and drives up drug prices for patients.

For all of these reasons, drug makers themselves are often reluctant to kill dogs and other animals for these outdated, misleading, and expensive tests, but FDA red tape still forces them to.

Although alternative technologies like human-organs-on-chips are often faster, cheaper, and more accurate than animal tests, the FDA still mandates animal tests because an archaic 1938 law explicitly demands them. Alternatives to animal testing did not exist in 1938, but they do now; if the FDA allowed them, more effective drugs would come to market faster, at a lower cost to taxpayers.

Fortunately, Congress has taken bipartisan strides to modernize the FDA. Following WCW campaigns and lobbying, federal spending bills for the past several years have included language addressing the FDA’s wasteful animal testing mandate. Similarly, we have been working with Congress to advance the Alternatives to Animals for Regulatory Fairness (AARF) Act — introduced by Reps. Brendan Boyle (D-PA), Brian Fitzpatrick (R-PA), and Madeleine Dean (D-PA) — which would update the woefully outdated 1938 law and give drug makers the freedom to use modern non-animal tests to fulfill FDA requirements. Similar legislation has been introduced in the Senate by Sen. Rand Paul (R-KY) and Sen. Cory Booker (D-NJ). Who says common ground is impossible to find in DC?

The FDA’s proposed new program, if implemented, could go a long way towards cutting burdensome FDA animal testing red tape, but potential reforms at the FDA don’t stop there.

In 2016, WCW discovered that an FDA laboratory was wasting $5.5 million to addict baby squirrel monkeys to nicotine. Working with a diverse coalition including Dr. Jane Goodall (who called the tests “taxpayer-funded torture”!), we rallied bipartisan support from Congress and the general public, and won the attention of former FDA Commissioner Scott Gottlieb, who ended the primate experiments, and agreed — for the first time in agency history — to retire the survivors to a sanctuary, where they could live out the rest of their lives in peace.

Subsequently, we have worked with Congress to enact an FDA-wide lab animal adoption policy and pass legislation pushing the FDA to build on this progress to reduce its in-house primate testing and retire primates, including in the federal spending bill recently signed into law by President Biden. Now, in its 2023 budget proposal, the FDA writes that it “shares the nation’s interest in reducing the need for non-human primates (NHPs) in FDA intramural research” and commits to continuing its efforts in this area.

A majority of taxpayers oppose animal testing, and we are proud to have successfully united a broad bipartisan coalition of lawmakers to advocate for reforms, including at the FDA. Only time will tell whether the FDA follows through on its commitments, but the future looks brighter than ever. Want to join the fight? Tell Congress to pass the AARF Act to end the FDA’s outdated animal testing mandate!