Petition: End Deadly Primate Testing in the University of California at Davis! 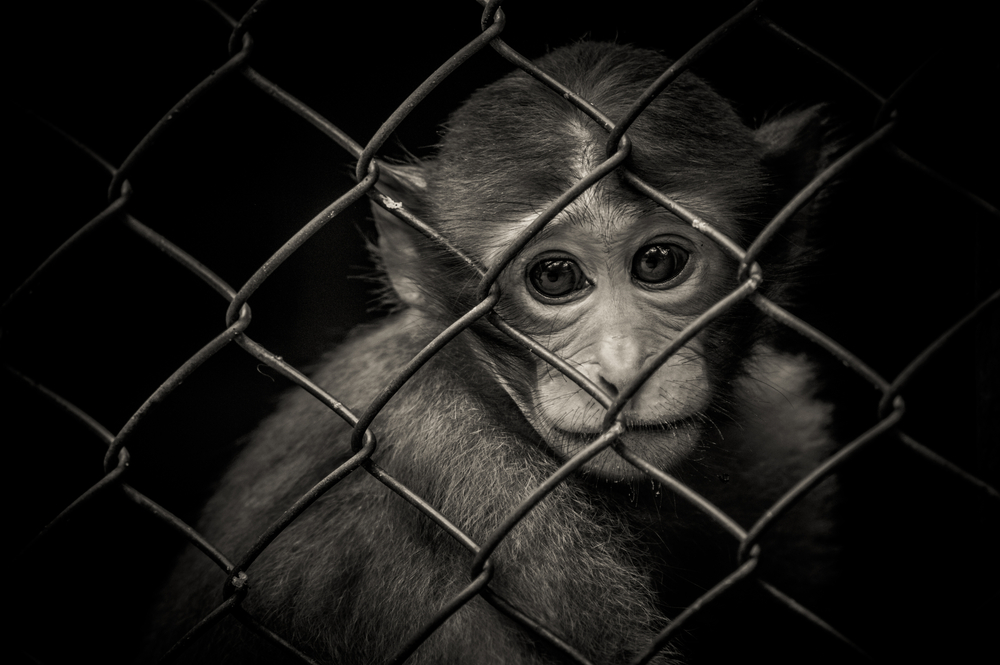 We recently reported on an undercover investigation by Cruelty Free International and SOKO Tierschutz that revealed footage of dogs, cats, and monkeys suffering in a European laboratory. What was uncovered sparked outrage on behalf of concerned people around the world. But the truth is that monkeys have been bred and tortured for testing for a really long time. Primates used for research experience living nightmares in laboratories.

One specific place has come under fire this year for their refusal to reveal footage of what goes on in their research laboratories. According to PETA, The University of California at Davis (UC-Davis) has one of the largest primate laboratories in the United States, with more than 4,500 monkeys being cruelly exploited for breeding or taxpayer-funded experiments.

Since 2013, UC-Davis has been cited for at least 24 violations of the federal Animal Welfare Act. Earlier this year, PETA filed a lawsuit against them for their refusal to release footage even though it’s required under the California Public Records Act. A research associate for PETA named Jeremy Beckham described the laboratory as follows: “Staff failed to provide animals with basic veterinary care. Workers failed to handle monkeys humanely, injuring and sometimes killing them. Monkeys escaped from their enclosures because of staff inattention and died from subsequent injuries—one died from internal bleeding that likely resulted from her being shot with a tranquilizer gun. And seven rhesus macaque monkeys baked to death in the room where they were caged.”

Then it was reported by The Guardian that seven baby monkeys died from poisoning at the UC-Davis lab. This led to a decision by Congress to crack down on primate testing this summer. Representative Lucille Roybal-Allard of California said: “I want NIH and FDA to put a plan in place that responsibly phases out the expensive, inefficient and inhumane practice of primate testing, in favor of modern research alternatives.” Roybal-Allard was referring to the National Institutes of Health (NIH) and the US Food and Drug Administration (FDA).

But the FDA is known to allow cruel testing and research methods on animals. It’s one of the main reasons places like UC-Davis get away with what they’re doing to primates. If you agree that UC-Davis needs to end these fatal research experiments, sign this petition!