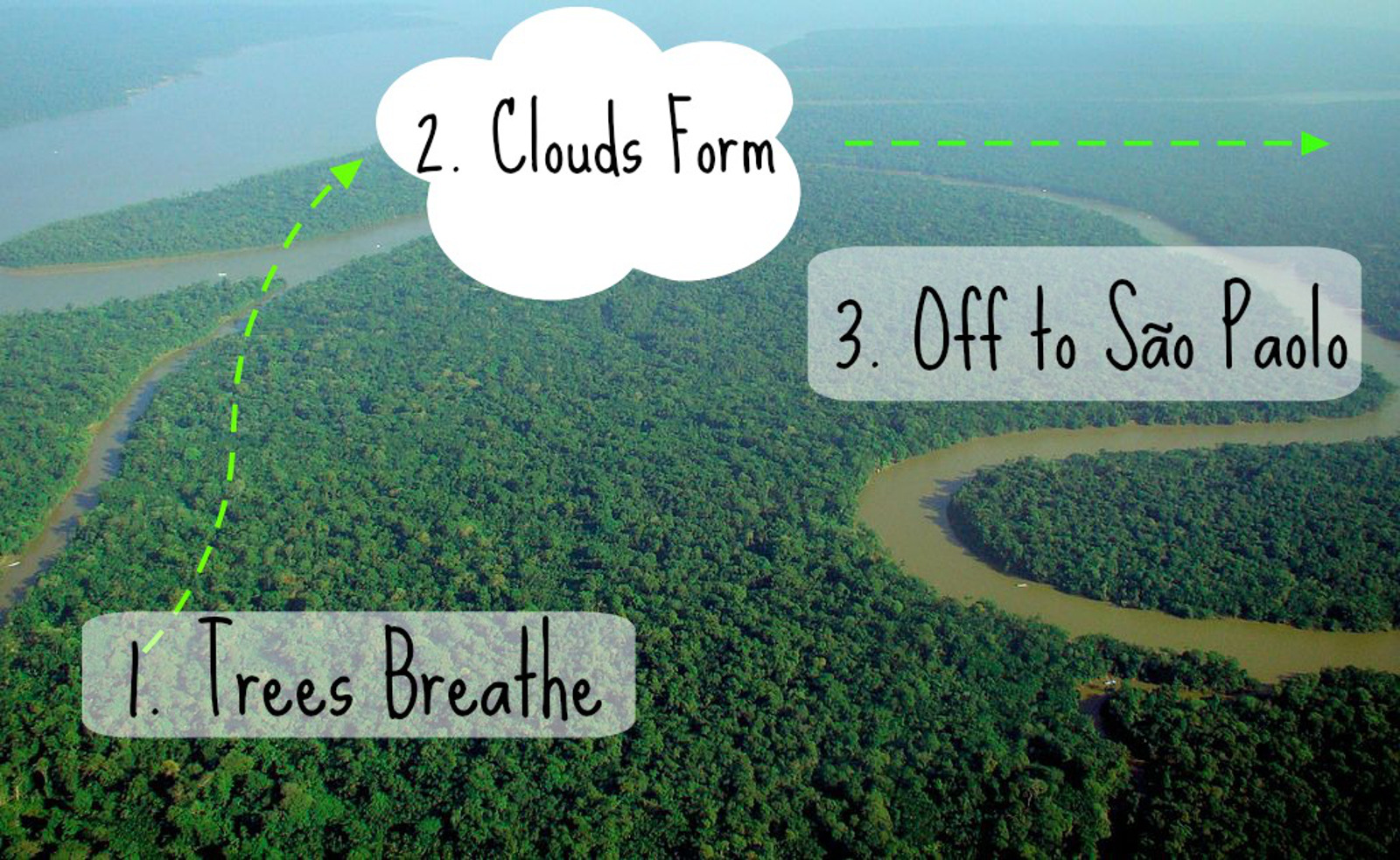 It seems like the topic of “climate change” is everywhere these days. But, just because everyone is talking about climate change, it somehow just still doesn’t seem real, right? We’ve been formally introduced to “The Climate,” and we’ve discussed how the rapid changes apparent in our climate is causing species to go extinct … yet, you might not be really sure what climate change is even doing to our world.

Sure, Dr. James Hansen started talking about the potential effects of global warming and the greenhouse gas effect 30 years ago, but do we really have evidence that any of these effects have set in? If that was the case we’d probably currently be experiencing shifting climate zones, an increase in drought prone regions, erosion of ice sheets, and rising sea-level. Presumably, all these changes would result in some pretty crazy natural phenomenon here on Earth.

Well, turns out … some of these seemingly unbelievable things have, in fact, started to happen. Don’t worry if you’ve missed them, however, when reported as isolated events it can be easy to write-off these occurrences. When we look at them all together though, these events construct a picture that is rather clear. Climate change is here whether we like it or not … so, it’s time we started to deal with it.

Trying to understand the complex science behind why climate change is happening and the role human activity plays in it all kind of makes our heads hurt at times. So, who else can you turn to when science just gets plain-too-science-y? Bill Nye, of course!

The Aral Sea has been shrinking for some time now. But, if you take a look at a timelapse video of the sea, it seems to vanish in the blink of an eye. The sea once spanned Kazakstan and Uzbekistan, but it was recently observed that the eastern basin of the South Aral Sea has gone completely dry!

More than 60 million people live in the Aral region and this water reserve has been used for mass irrigation for years. In addition, climate change has altered the amount of snow and rain in the neighboring mountains which typically drain into the basin. The Aral Sea was once the world’s fourth LARGEST lake, and now it is all but gone!

This is the observed change in the sea from 2000-present.

2. California and the Ridiculously Resilient Ridge

The state of California has been in the midst of a drought emergency for some time now. Residents are being fined for watering their lawns (and fined again if they don’t in some communities) and PSAs that explain the importance of conserving water are being spread across all channels. Yet, it doesn’t look like things will be turning up anytime soon for the sunshine state.

A new report from Stanford confirms this suspicion, explaining that California’s drought problems are poised to get worse due to climate change. The scientists who complied the report deduce, “The atmospheric conditions associated with the unprecedented drought currently afflicting California are ‘very likely’ linked to human-caused climate change.”

California finds itself in the midst of a high-pressure system that is linked to low-precipitation. The Stanford Scientists have aptly dubbed this system the “Ridiculously Resilient Ridge,” which has proven to divert winds and the usual winter storms from reaching the coast of California. According to their research, ridges such as this one are far more likely to occur in an atmosphere chalk-full of greenhouse gases (such as ours now) as opposed to the pre-Industrial atmosphere. 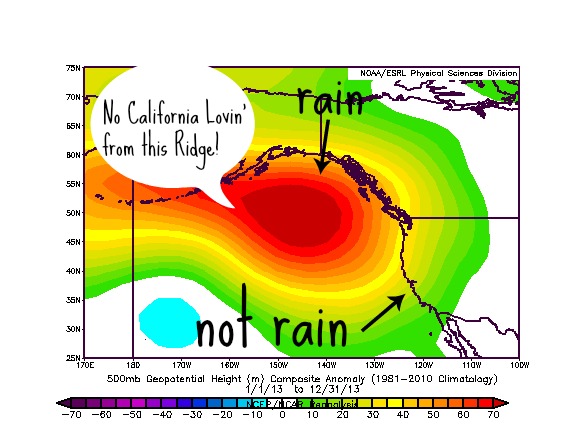 Ever wonder what it would be like to moon walk on Earth … well if the West Antarctic ice sheets continues to melt at a rapid pace, you might just find out!

While we think that being able to bounce to work would be way cooler than walking, for the sake of the planet, we’ll hold off on wishing this one to come true. Recent studies have predicted that the West Antarctic ice sheets are headed towards “unstoppable” collapse, which would not only mean rising sea levels, but also a shift in gravity. Okay, we’ll admit psychics wasn’t our favorite class in high school (sorry Bill), but we at least graduated  knowing that gravity is somehow related to mass.

The West Antarctic ice sheet is huge and as the ice is converted to water, it’s mass changes thus altering it’s gravitational pull. We might have exaggerated a bit about the moon walking capability – but this measurable dip (observed by the European Space Agency) in gravity surrounding the ice sheet illustrates how climate change is fundamentally altering the Antarctic.

4. Pack Up Your Air Kayak, Brazil’s Flying Rivers Are Out

As in California and the Aral region, extreme droughts are a major cause of concern in Brazil. São Paulo, the metropolitan center of Brazil is in the throws of a terrible drought which scientists have linked to the disappearance of “flying rivers.”

Never heard of a flying river? Let’s break this down.

The Amazon rainforest can basically be thought of as a giant water pump. The many trees in the rainforest ecosystem release water vapor, driving high levels of humidity which fuels a healthy water cycle. When the ecosystem is healthy, it can pretty much maintain a constant balance of respiration and precipitation. This excess water vapor travels in the form of a cloud (hence the flying river) spreading precipitation from the Amazon into São Paolo. 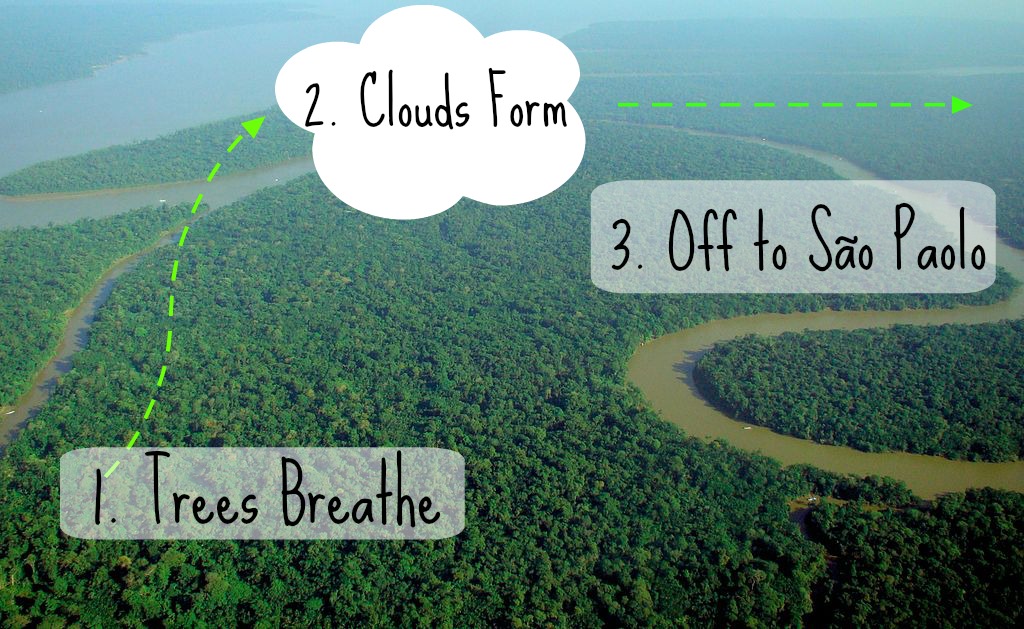 However, the Amazon is subject to massive amounts of deforestation, which reduces the number of trees to create humidity – not to mention that deforestation spews millions of tons of carbon dioxide into the atmosphere. Between rising global temperatures and habitat degradation, there just doesn’t seem to be enough water vapor left to form these floating rivers and as the result, the water cycle in São Paulo is thrown off. The city is currently in its worst ever recorded drought and the lack of water has had devastating effects on agriculture, energy, and domestic water supplies.

Climate change impacts Earth’s systems. Included in these many systems are, of course, animals. It’s all about balance.

This climate related event is particularly heartbreaking, and illustrates so vividly how climate change is impacting life on Earth. Recently, photos of a massive congregation of Pacific Walruses made news headlines, leading scientists to question what 35,000 walruses were doing on the barrier island of Pt.Lay, Alaska.

Unlike seals, walruses cannot swim non-stop. They need to take breaks and often find solace on floating ice islands. Mother walruses will leave their young on ice patches while they go forage for food, and the walrus relies on these floating rest stops to make long trips through the Arctic.

However, as more and more Arctic sea ice melts, the less floating islands there are for walruses. It is believed that these 35,000 walruses were unable to locate ice to rest on, so they flooded en masse onto the shore of Alaska. 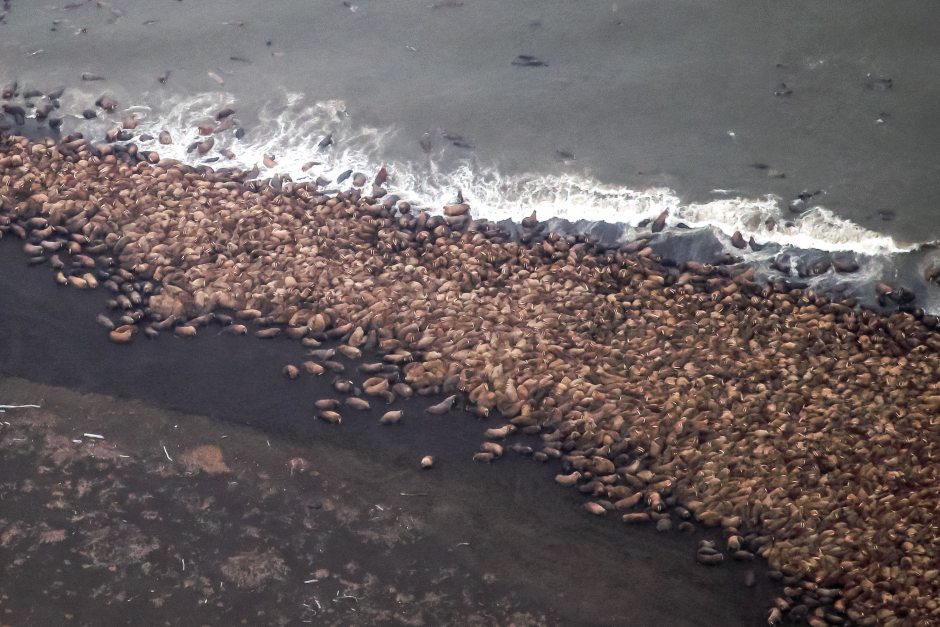 But don’t get too excited because this is not good news. Scientists believe that the ice sheet is expanding – not growing per se. As more glaciers and icebergs on the shelf melt, they disperse outward, creating the effect of expansion. This sea ice, however, is thin and will dissipate into ocean more quickly than ancient continental ice (which has been packed tight over thousands of years). So really this isn’t good news at all – but perhaps, double-bad news?

For this weird climate phenomenon, we’re calling on Mr. Nye’s knowledge not as a scientist, but as a contestant on Dancing With the Stars. We know, we know … why?!

But actually, this does have to do with dancing. NASA has been tracking the “Dance of the Phytoplankton” via satellite for some time now. Watching the ebb and swell of phytoplankton populations, scientists have been able to gauge how changing sea temperatures are impacting these tiny organisms and the marine animals that like to eat them. 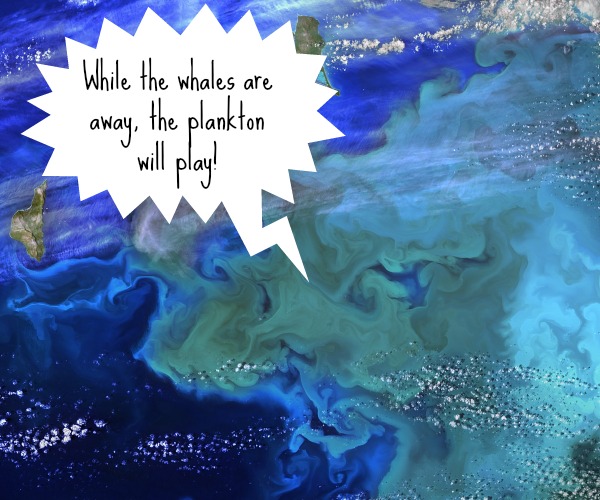 Phytoplankton are small, but they’re incredibly important to the planet – supplying around half of the world’s oxygen, and acting like living carbon sinks. The populations of these organisms is linked to the amount of marine predators, therefore, the more plankton, the less predators. As the number of aquatic species who consume plankton drop, the dance of these microorganisms speeds up. While scientists do not believe a change in phytoplankton patterns is necessarily a bad thing – they do believe that being prepared for variability in phytoplankton species is vitally important.

Now that you’ve gotten the DL on all the science behind these crazy climate events, they don’t seem to crazy after all. One of the major roadblocks that keeps people from believing they can do anything about climate change, is thinking it is too large of a problem to understand. However, our guess is now thanks in part to Mr. Nye you see the cause-effect relationship between human actions and natural responses.

There are many things that you can do to alter your own actions to slow (or maybe even one day stop) climate change. As you can see, most of these bizarre occurrences are routed in temperature change and warming. A great, simple way to cut your own carbon footprint is to make a shift to a more planet-friendly diet. Global livestock production accounts for 51 percent of the greenhouse gas emissions that drive this warming. Opting to eat less meat, dairy and eggs is a great first step towards limiting your role in climate change – and Bill agrees, remember he is an expert on the topic!