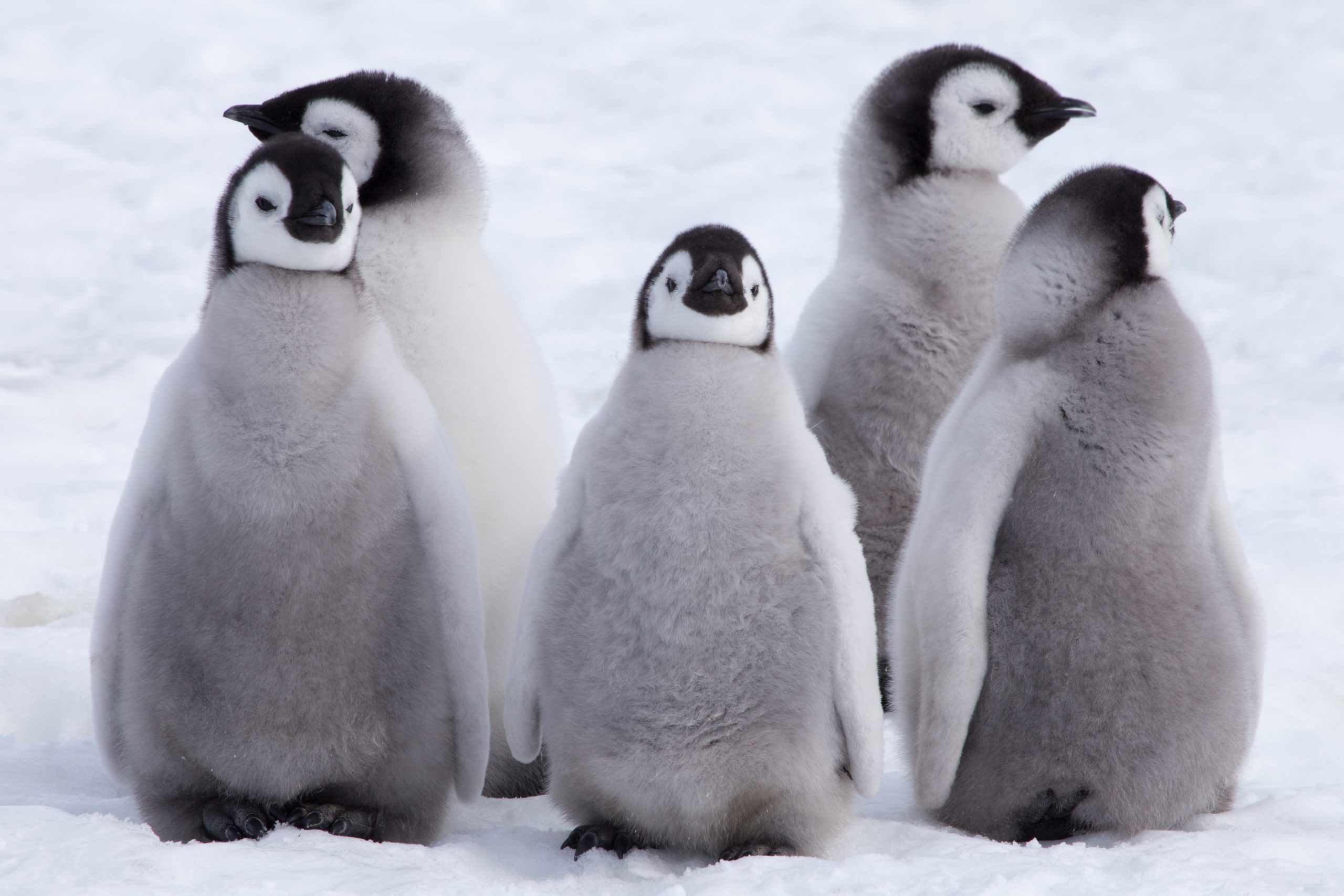 Oh penguins, you can’t fly in the sky so you swim in the sea. It’s almost poetic! These fascinating flightless birds are the favorite of many school science reports (I once made a series of paper fairy penguins. It was magical.) and they are one of Earth’s many awesome creatures. We’re enthralled with them, and who could blame us? They look awesome doing the wave to stay warm, and they are pretty adorable when they stumble a bit on the ice.

In honor of National Penguin Awareness day, we bring you the aforementioned cute videos, along with this informative article on the state of penguins today. Most of the information isn’t the “happiest” but we hope that we are able to give you an idea of the threats penguins face, while also empowering you to do good. These five issues are some that we hope you are able to take action on, and help keep all penguin species safe, from the tiniest Fairy Penguin to the biggest Emperor.

One of the biggest threats to many animal lives is climate change. The Emperor Penguin, the largest penguin species that inhabit Antarctica is facing a serious challenge brought on by climate change. The melting of ice affects the penguins’ food source of fish, squid, and krill, who in turn feed on zooplankton and phytoplankton that grow on the ice. It’s a domino effect that reaches the penguins. Learn more in this OGP article, “Climate Change Threatens Antarctic Penguin Population.”

In good news, the Emperor Penguin population in 2012 was found to be much higher than anticipated, using a method of counting images of penguin colonies from space. This method is less costly and more accurate than on-the-ground techniques and will allow scientists to get a better idea of what is happening to penguin populations from year to year.

What you can do: There are so many things you can do to reduce your impact on the environment and thereby help to reduce climate change. Check out the EPA’s tip list, and remember that what you put on your plate has a big impact.

These types of disasters are devastating to many species in similar ways to how habitat destruction hurts penguins. Here are a few ways that oil spills affect penguins according to a conservation fact sheet on zoopenguins.org, “When the birds are coated with oil, they try and clean their feathers and end up ingesting the oil. Sadly, many birds die of starvation, ingesting the toxic oil or from hypothermia. Oil on the bird’s body affects their ability to float and so they do not venture into the water in search of food. It also inhibits the ability to control their body temperature. Oil which is swallowed gives them ulcers and affects their kidneys and lungs.”

Additionally, birds that have been exposed to oil may have lasting negative effects on their reproductive systems as reported by the National Wildlife Federation.

In 2011, an oil spill off of Nightingale Island in the South Atlantic ocean devastated a population of 200,000 rockhopper penguins, nearly half of the world’s population. For some, there is a “happy” ending to an oil spill, when the healthier ones are returned to the sea.

What you can do: If an oil spill happens near you, get involved with the clean-up. Connect with organizations like International Bird Rescue that are dedicated to the rehabilitation of birds after oil spills. Write to your state representative and senators asking for tougher regulations of oil transportation with reference to the most recent spill.

Penguins feed almost exclusively on fish, and when their food source is already limited by climate change, overfishing exacerbates the problem. According to About.com, this problem also affects the younger generation, “Many chicks starve as well, when parent penguins need to hunt further away to find enough food but are unable to return to the nest quickly enough to sustain their offspring.”

What you can do: The best way to fight overfishing is to not sustain the industry by choosing not to eat fish and seafood. Learn more about the overall effects of overfishing in our article on the topic.

According to PBS Nature, “All 17 species of penguins are legally protected from egg collecting and hunting, although illegal egg harvesting still occurs.”

Because penguins meet at specific areas to breed, and those areas are already being affected by climate change, the illegal capture of their eggs further damages population levels.

What you can do: This one’s pretty straightforward. Don’t eat illegally obtained eggs!

In addition to these predators, they are also faced with introduced predators like feral dogs and cats, and sometimes rats and ferrets who steal eggs. Since penguins tend to live in specific areas and return to specific mating spots, the addition of predators can severely decrease their population.

What you can do: It goes back to the old adage “always spay and neuter your pets.” Though most of us probably don’t live near large penguin populations, it’s important to realize the effects of non-native species on another.