Scientists Count Emperor Penguins From Space, Find Twice as Many 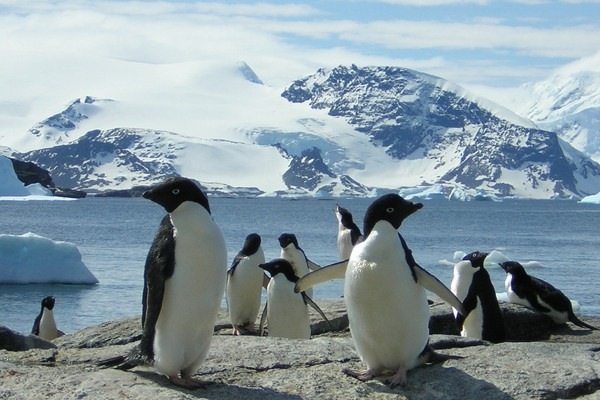 According to a new satellite mapping study, Antarctica’s Emperor penguin population is much higher than previously estimated.

Using extremely high-resolution satellite imagery, researchers counted about 595,000 birds – nearly twice previous estimates of between 270,000 and 350,000 birds. Scientists studied 44 penguin colonies along the coast of Antarctica, seven of which were previously unknown.

This study is the first comprehensive species census taken from space. While this technique may also prove useful for studying other populations, it was literally the only feasible way to develop an accurate count for Emperor penguins. Previous tallies have relied on ground or aircraft surveys, which can be dangerous and costly. In addition to the snow, ice and sub-freezing temperatures, the penguins congregate in large colonies in areas that are often inaccessible by land or sea.

Researchers hope this satellite mapping approach will help them monitor the long-term health of Antarctica’s penguin population. Researcher Peter Fretwell was quoted: “If we want to understand whether emperor penguins are endangered by climate change, we have to know first how many birds there are currently and have a methodology to monitor them year on year.”

Commenting on the potential impacts of climate change, Fretwell also noted: “The emperor penguin has evolved into a very narrow ecological niche; it’s an animal that breeds in the coldest environment in the world. It currently has an advantage in that environment because there are no predators and no competition for its food. If Antarctica warms so that predators and competitors can move in, then their ecological niche no longer exists; and that spells bad news for the emperor penguin.”