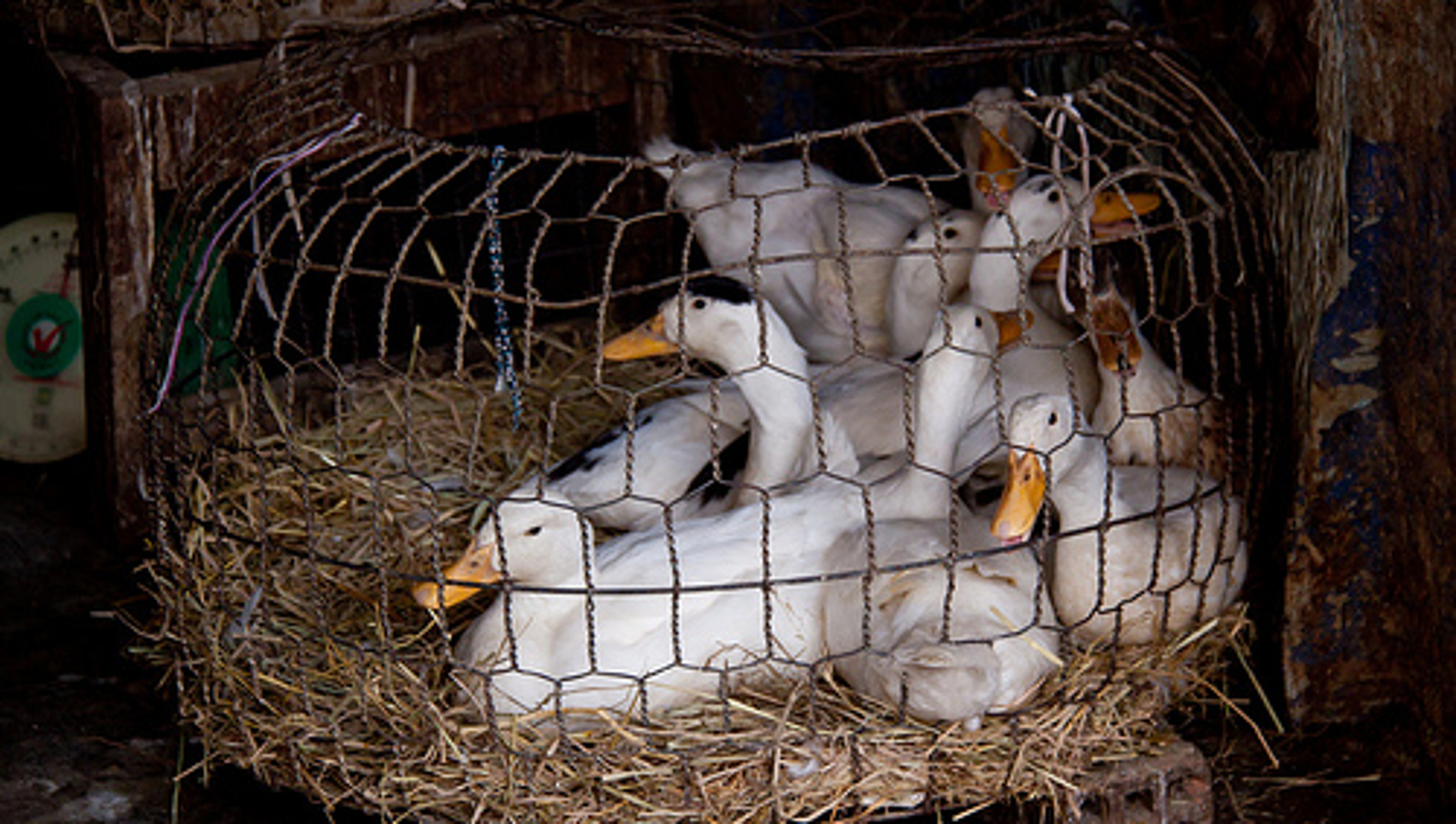 What would you do if you were confronted with a situation which could only be the work of a force which appears so evil it is impossible to comprehend? A force which creates and plays out a scene from a horror film on a daily basis, and in the process, convinces many that the evil before them is normal and acceptable?

This is the feeling that many of my colleagues and I get when entering a live animal market – where animals are being killed for food. On entering the market, any sense of the “reality” of the outside world quickly drains away. 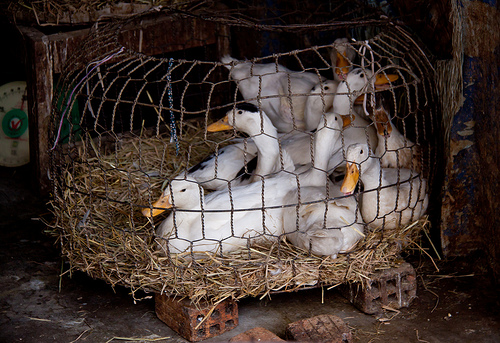 Ducks, geese, pigeons, chickens, rabbits, dogs and cats are crammed into tiny cages, jostling with each other in vain attempts to find a way out of the misery and despair they have been plummeted into. Little do they understand that the “way out” is the final, often brutal, move they are due to make.

Ducks are grabbed by their necks and stabbed through the throat before being plunged into boiling water, chickens have their throats slit and are left to bleed. Pigeons are thrown straight into the boiling pot – no attempt made to desensitise them – while dogs are dragged out of their cages to be beaten to death, stabbed, hung or electrocuted. 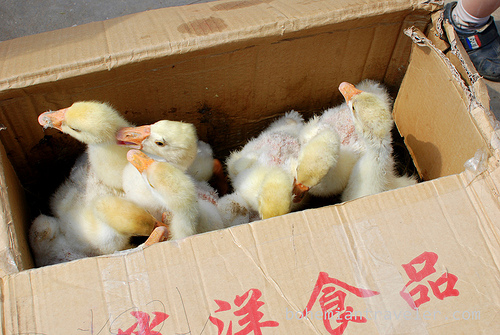 I do not believe in supernatural forces, yet I want to believe that the people involved in these acts of gross cruelty have been influenced by a dark force. How could they do this without a second thought for the animals they have within their hands? – while I am reduced to despair and anguish as I witness the suffering in front of me.

In reality, I know that no such force is actually at work, just people that perhaps because of circumstance or poverty see no alternative employment – and for one reason or another have failed to develop any empathic concern for the lives which they control. They have become habituated to the cruelty and suffering which they are now responsible for.

Sadly this situation is little different to the treatment that many billions of animals receive each day on intensive farms, and in slaughterhouses across the world. The main difference here being the live animal markets have “glass walls” – which allow us to see for ourselves the way these animals are being treated. 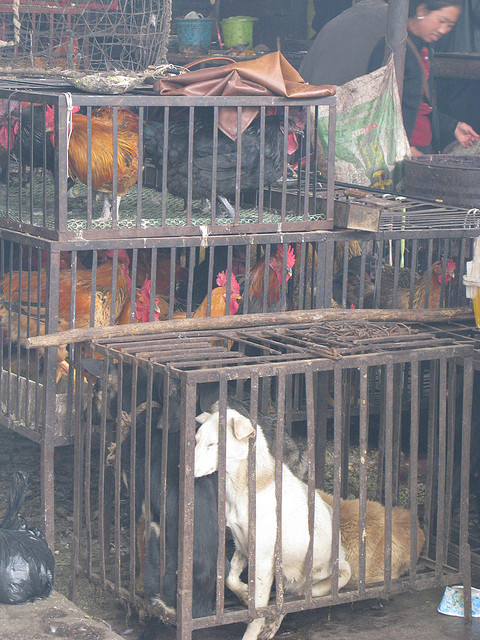 Intensive farms and slaughterhouses carry out their acts in private – but this does not in any way excuse the practices which continue behind the closed doors.

Sentient animals such as hens hang by their feet on conveyor belts, which take them to an electrified water bath, followed by a throat cutter and a vat of boiling water.

Although “standards” are developed to reduce suffering within industrial slaughterhouses, the process does not “work” for many individual animals. It inevitably means many millions of hens are still conscious when they have their throats cut – and some are still conscious as they enter the boiling water. 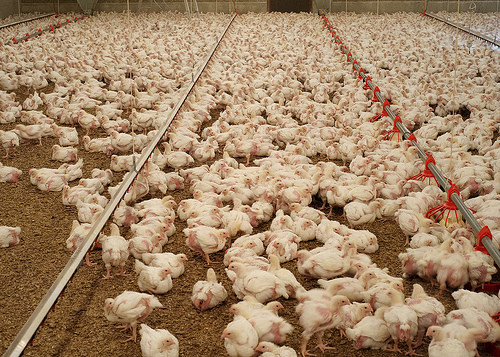 People have a tendency to confuse what is with what ought to be. Industrialized animal farming is not an inescapable fact of our modern world – it’s just what has evolved. And seeing something we’re shocked by, like Asia’s live markets, can give us valuable perspective on our own ways of killing animals – which we’ve become used to but should still be shocked by.

For the animals in the markets, I look into the eyes of each and every one, each of them pleading with me to help them out of their situation. I cannot help, I can only use their pain and suffering to inspire me to prevent others from becoming habituated to this misery.

The real tragedy in all of this is that the despair and misery in both live animal markets and closed intensive farms and slaughterhouses is 100 percent preventable. By adopting a plant-based diet, no animal needs to be raised and killed for our benefit. Once we humans can match our behaviour to our moral sense, the world will become a fairer place for both the victims we can see and those we cannot.