What I’ve Learned as the ‘Animal Whisperer’ for One of the Biggest Farm Animals Sanctuaries in the U.S. 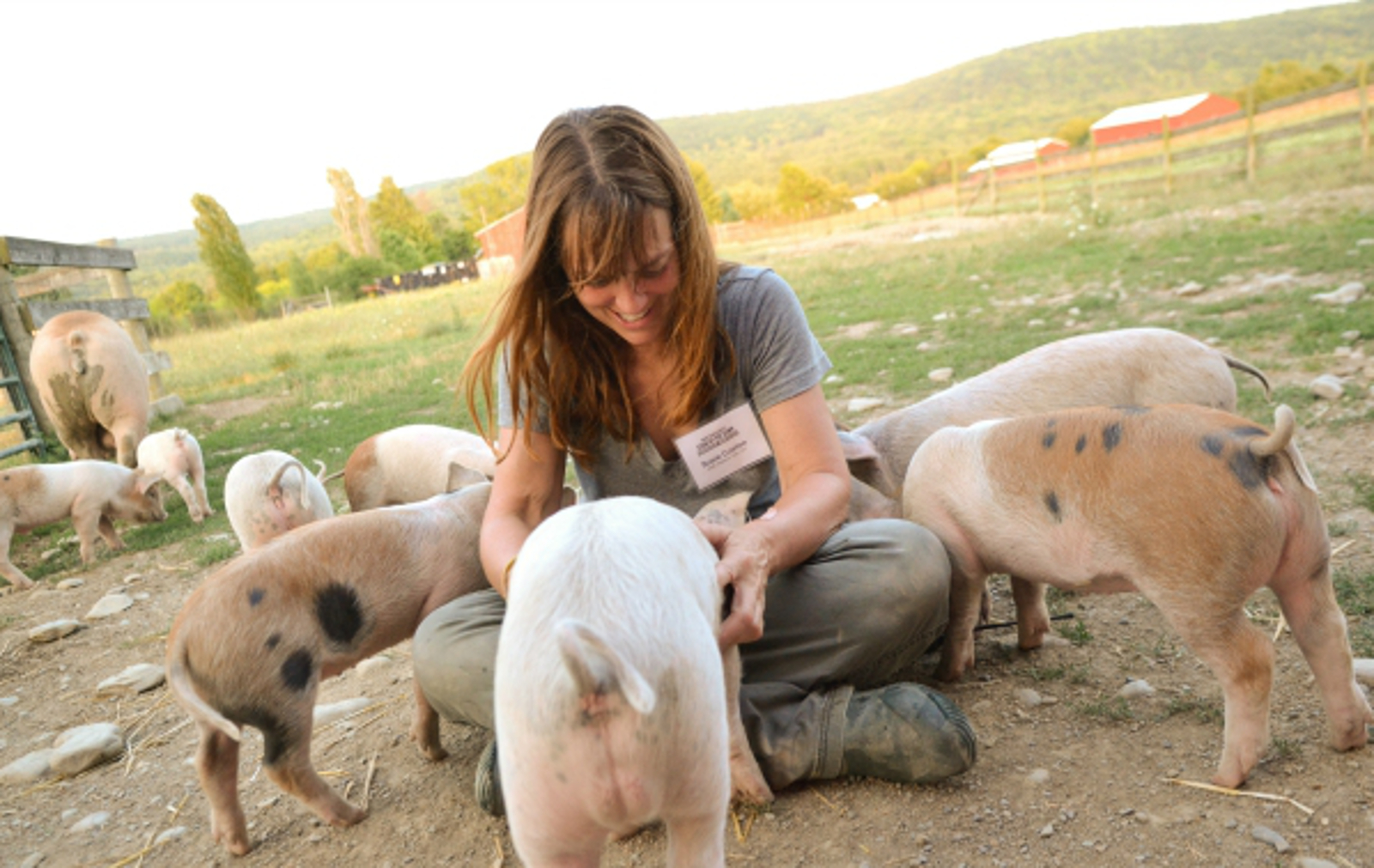 It’s no wonder that Farm Sanctuary National Shelter Director Susie Coston is known as “The Farm Animal Whisperer.” She has two decades’ worth of experience running animal sanctuaries, and in her spare time (ha!), she leads our annual Farm Animal Care Conference and mentors others who have started their own sanctuaries.

She shared her valuable insight into the lives and care of farm animals and what it’s like to work in the animal protection movement in a recent Reddit AMA (Ask Me Anything). Here are some of Susie’s most upvoted responses to Reddit member questions (lightly edited for length).

On Encouraging Others to Live a More Compassionate Lifestyle

[Be] patient with others and really [reach] out and meet them where they are. If you are a good cook, unlike myself, inviting people for a very delicious vegetarian/vegan meal and just being warm and positive is a good start. Everyone has a gift — artists, chefs, writers, storytellers, etc. — and using that gift to spread the message is a great way to contribute and encourage others to be more compassionate.

On Getting Along With Meat-Eaters, Despite Knowing the Plight of Farm Animals

I always feel it is somewhat challenging especially when they seem to talk about it more knowing I am vegan than I think they would have if I were not. I feel you have to meet people where they are, however, since I put my parents, for example, through a bit of hell most of my teenage life — so me showing intolerance to them for not believing what I believe would be a bit hypocritical. I also see that by not fighting with them about it — by still loving people and just being who you are — many eventually change — maybe not completely but in some ways. My parents are eating far less meat, for example!

On People’s Misconceptions About Farm Animals 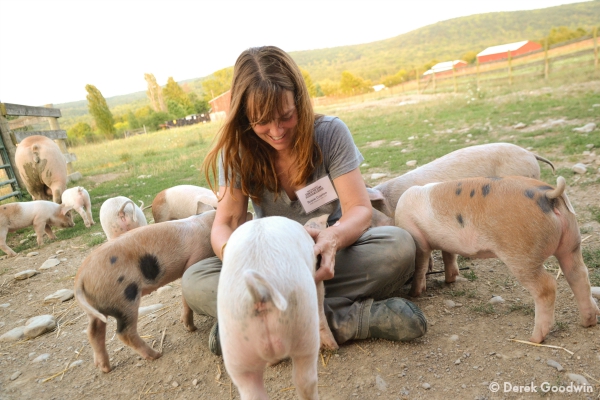 I think it is easy to see them differently because the only exposure most people have to farm animals is when they see them in an environment that is not natural — where they are frightened, where they are overcrowded, not receiving individualize care. We see them here being themselves — happy, sad, funny, etc. When they are not frightened they grieve more outwardly, they play, they are just more comfortable being themselves. I think there is such a misconception about their sentience — especially birds, since they seem to be harder to relate to than mammals. We see birds — especially mothers arriving with babies, who sleep with a wing wrapped around their child to protect them. It is incredible.

On Dealing With the Stresses That Go Along With Animal Rescue

I and all my staff struggle with depression — it is not constant, but it comes in waves. It is a battle — but the reward on the sanctuary is seeing animals who are so terrified come to life and be the individuals they deserve to be — seeing those personalities come out that were hidden by fear — and that makes it all worthwhile. It is hard to grieve for animals that others see as food.

On Starting a Sanctuary 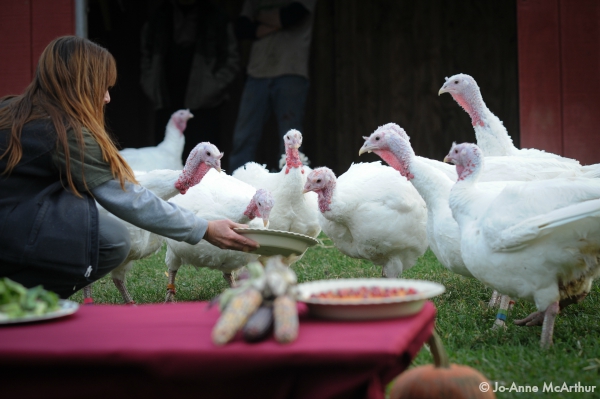 Start small — and do not think that rescue is the only thing you should be doing. Education with the animals on your shelters will create many more lives saved. With 10 billion annually in the U.S. alone, rescue is not making a dent in the system. Look at sanctuary holistically — we do rescue, education and advocacy. If you fill your sanctuaries with too many animals and have no time to raise funds you cannot afford to give them the individualized attention they need — and that we are saying as an animal rights community that they deserve. Don’t feel you can do it alone either. You want to start slowly enough so that you can afford to have a staff — so you can have people who focus on various aspects. I think what I see the most in sanctuaries who sadly do not succeed or are always putting out fires is that rescues start out strong but then taking care of barns, doing healthcare, raising funds, etc., fall behind and you get in over your head.

On Buying Farm Animals to Save Them

We do not purchase animals because we do not want to put money back into the industry that we are trying to stop. There are more than enough animals to rescue and paying for them just gives money for more to be purchased. I have seen this so many times. Egg-laying facilities love to sell their birds for 1-3 dollars apiece, which seems like nothing, but they end up with pickup costs and transport often making no money from the “spent” hens or losing money so that money they make just helps them refill the barns. Buying a calf at auction is the same — it goes right back into enslaving another being. Saving one by giving money to the industry is not really rescue.

On the Future of Farm Sanctuary and the Animal Protection Movement

I think we are at a tipping point — vegan and vegetarian are now in the vocabulary of most people and there are options that just ten years ago there were not. Celebs are eating these diets — gets the word out even more and social media is really allowing people to see what years ago we could not put out anywhere. We could not do ads because the meat and dairy industry would pull their ads if we did. The world is changing and I have hope that in ten years we will see a huge shift in our diets — towards more plant-based. I also think we have to see a shift in farming — which, to be sustainable without large factories, has to be a huge meat reduction.