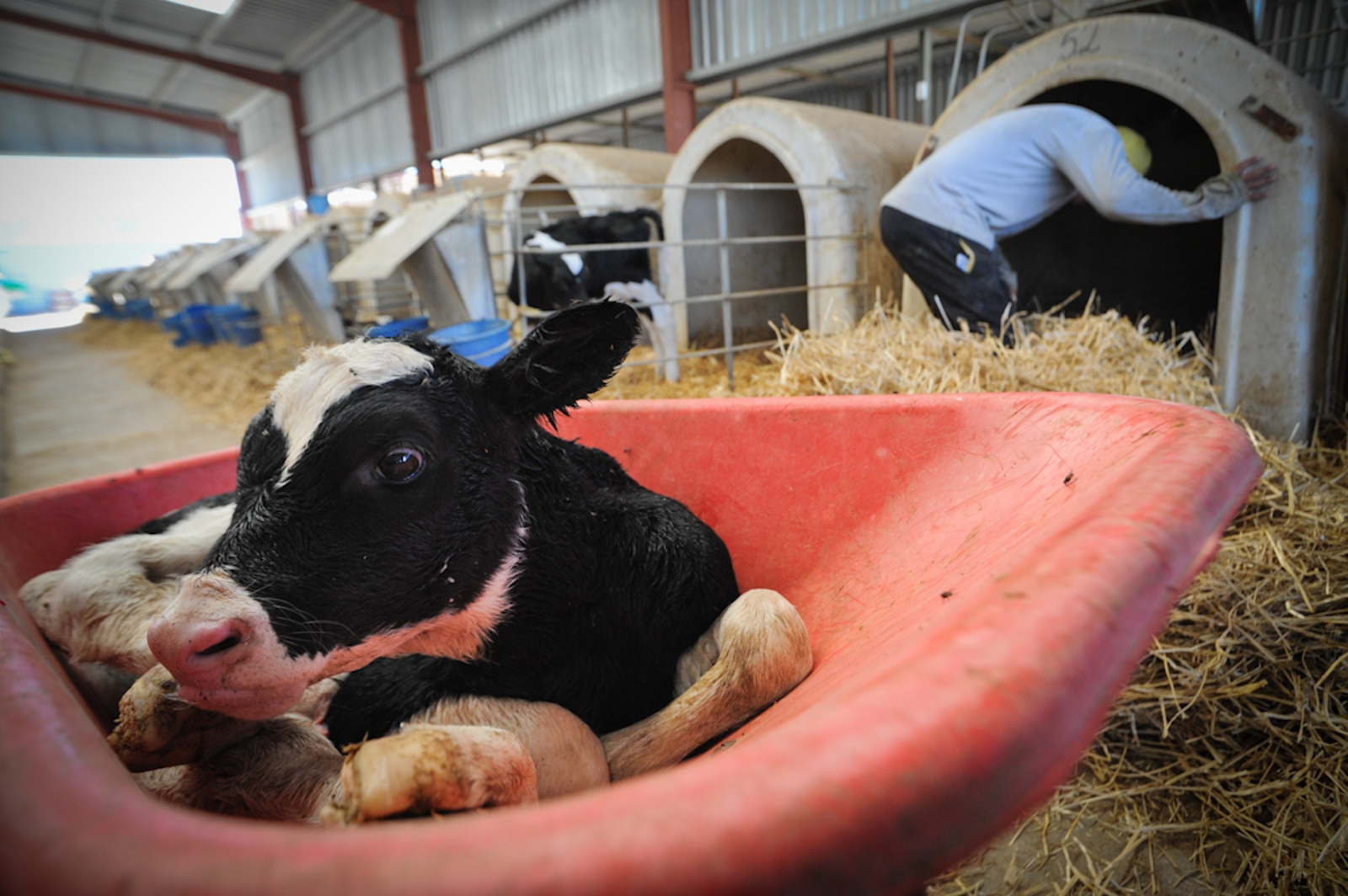 Undercover investigations revealing the horrific abuse taking place on factory farms have become, unfortunately, commonplace within the animal agriculture industry. The industry is desperate to keep consumers in the dark about what goes on behind their closed doors.

Upon graduating from college, author Sonia Faruqi went to work at an investment bank on Wall Street. When the economy took a nosedive, she lost her job and decided to volunteer on an organic dairy farm as a way to clear her head. What she saw there sent her on a global expedition into the deepest, darkest recesses of the animal agriculture industry. Sonia met and befriended farmers, contract growers, executives, and slaughterhouse workers in Canada, the United States, Indonesia, Malaysia, Singapore, Mexico, Belize, and a number of other countries. What she saw and heard has the potential to rock the animal agriculture industry and change the way people look at their food.

Looking at the broader system of animal agriculture across the world, Sonia’s observations paint a rather stark image of this burgeoning industry. Taking the reader into the very places where their meals and products come from, Sonia’s new book Project Animal Farm: An Accidental Journey Into the Secret World of Farming and the Truth about Our Food makes us all question our perceptions of these industries. 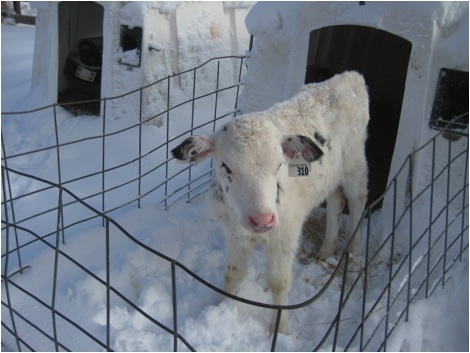 Sonia’s journey began as a short vacation to volunteer on an organic dairy farm in Canada. She expected to see what most people expect when they think of an organic farm: animals happily roaming outside through lush green pastures, their babies at their side. What she saw exposed organic farms as just slightly better than their non-organic relatives, and certainly no Old MacDonald’s farm.

The dairy cows at this organic farm were chained by their necks to their stalls, preventing much movement at all. They were caked in their own feces and routinely artificially inseminated so that they would continue to produce milk. They were allowed outside for exactly the number of days required in order for their milk to be marketed as organic, and not a single day more. Many of their calves were taken from them soon after birth to become veal calves.

Sonia explains to One Green Planet that these calves were confined by themselves in small hutches, where “they were permitted only flies for fellowship.” Sonia’s experience on this farm opened her eyes to the sad realities of animal agriculture and sent her around the world searching for solutions. 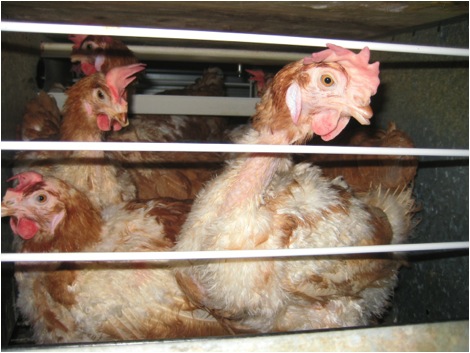 Sonia next talked her way onto an egg-laying hen factory farm by befriending its owner. There she saw rows upon rows of battery cages filled with sick and balding hens, which “were entirely pink and bald across the breast and back, and especially across the neck. When destitute of all but a few spike-like plumes, the neck was frighteningly thin.” Not an ounce of sun could make its way into the sheds that held these hens, and the dust and ammonia inside were suffocating for them.

Dishearteningly, Sonia saw this same model of egg-production repeated in Malaysia, Singapore, Mexico, and Belize, showing that the factory farm method of “farming” is quickly spreading across the globe. 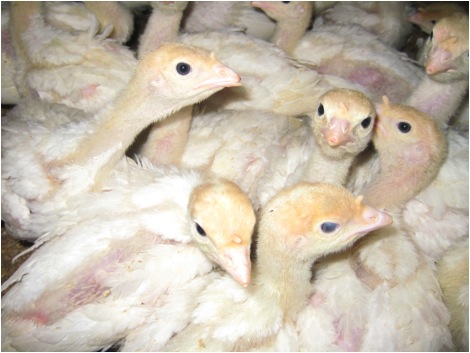 When she arrived at a turkey farm that advertised its products as “free-range,” Sonia expected to see a farm in which turkeys spend their lives roaming outdoors. She was shocked to find that at one Canadian farm, the turkeys literally did not step outside for one single day of their short lives. Despite this, their carcasses were still sold at the higher free-range price.

Additionally, these turkeys were debeaked and declawed in the same way as their non-free-range cousins. Said one farmer, “Most free-range farms are bullsh*t. Most free-range farmers give their chickens and turkeys just a small patch of dirt. It’s so small that the buggers don’t even bother to use it! It’s all a scam.” 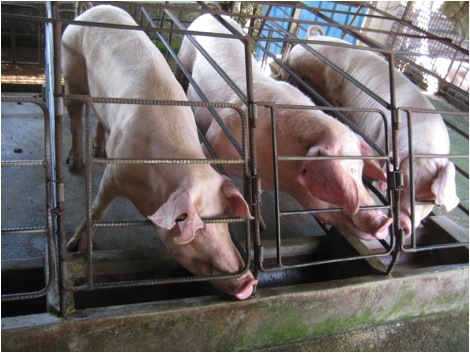 At pig factory farms in Canada and Malaysia, Sonia was confronted by rows of sows confined to tiny metal gestation crates. Many had clearly been driven mad by this intense confinement.

“The gestating sows rose to life by biting the bars of their crates, smashing their heads against them, and screaming,” Sonia explains to One Green Planet. Tail docking and castration were routinely performed on piglets without any form of painkiller, and antibiotics were administered to promote fast growth and counteract the dirty and stressful environment.”

Like the dairy cows that Sonia saw, these sows were repeatedly artificially inseminated in order to produce more piglets, and yet they were never allowed to raise their babies. “Pigs are among the most intelligent of animals,” Sonia notes, “but among the worst treated of them.” 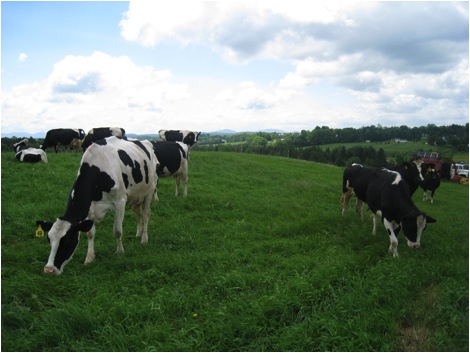 While the majority of Sonia’s travels took her to factory farms, she also visited a handful of what might today be considered smaller, more traditional family farms. In Vermont and Belize, for example, she saw farms where animals were given their own names, allowed to engage in natural behaviors such as dust bathing and rooting, and spent most of their lives outdoors foraging for food or grazing.

“Hens need to move, they need to walk, that’s why they have legs,” one Mennonite farmer in Belize noted. Though these animals were still destined for slaughter, their lives were head over tails above those raised on factory farms.

Sonia’s journey also led her somewhere that most people try to forget even exists: a slaughterhouse. In this vast, cold, gray building, Sonia witnessed the terrible conditions of the animals awaiting slaughter. They were crammed against one another, and lacked water or food. Most notably, they were terrified. “If you knew you were going to die,” one slaughterhouse worker told Sonia, “wouldn’t you be scared?” The sheep and goats Sonia saw slaughtered that day had good reason to be fearful, as their deaths were violent and cruel.

The animals aren’t the only ones who suffer as a result of the increasing demands of the animal agriculture industry. Sonia found that many workers were depressed, routinely injured, and felt imprisoned by their job despite a clear desire to leave.

Said one worker, “My job is very violent. I’m yelling at animals all day. I’m pushing them around. I’m killing them. It doesn’t feel good. But I can’t change my job; I don’t know any other kind of work…I had a lot of nightmares when I first started killing.”

Exposing the Dark Secrets of the Industry and Demanding Change

Through her journey, Sonia Faruqi is able to introduce readers to the animals and the people behind factory farms, organic farms, free-range farms, traditional farms, and slaughterhouses around the world. She found her way inside simply by asking and by making friends, allowing her unprecedented access to this very secret industry. What she found was a broken system, one that survives on secrecy and consumer deception. It is a system that is clearly not working for the animals and people that are its victims, nor the consumers who find themselves increasingly unhealthy and sick as a result of its products.

It is a system that must change.

While systematic change can only go so far to help these suffering animals, we all have the power to completely upend the system by refusing to participate. Once we are empowered with the knowledge of what happens to animals before they come to our tables as food, we can make better decisions—one of which being the choice to #EatForThePlanet and remove animal products from our diets all together.

Endorsed by Peter Singer, Gene Baur, Wayne Pacelle, and many others, Project Animal Farm: An Accidental Journey Into the Secret World of Farming and the Truth about Our Food is primed to push the doors of the secretive animal agriculture industry wide open and create a call for lasting change.

Be sure to get your copy of this exciting book!