There’s One Industry That Deserves a Carbon Tax, But No One is Talking About it

The premise behind a carbon tax is pretty straightforward. If you (or your company) wish to dump pollution into the environment, then you will be taxed for doing so. The idea behind this tax is to deter companies from removing more fossil fuels from the earth, to feed a never ending demand for energy, but to look for alternative energy methods that are less harmful to the planet and all its inhabitant. The United States does not currently have a carbon tax in place, but a tax that would fine companies $10 per ton of carbon has been considered.

Many countries, including Sweden, China, Ireland, India, and Australia to name a few, have adopted a carbon tax and the results have been pretty phenomenal. Finland put a price on carbon in the 1990s and now over 30 percent of their energy comes from renewable, sustainable sources. Ireland instated a tax for businesses and households. When an Irish citizen purchases a car, there is a tax to account for the carbon emissions. This might sound inconvenient, but since 2008, Ireland’s greenhouse gas emissions have dropped by 15 percent.

Placing a tax on carbon emissions drives innovation. If burning fossil fuels mean higher carbon outputs and consequently a higher price for consumers and corporations, then they will inevitably explore clean energy options. In Australia, it is now more expensive to purchase coal then it is to use renewable energy sources. That’s pretty incredible.

While we understand that limiting the amount of fossil fuels we pump and extract from the ground will ultimately help to curb the rate of climate change, there just might be another industry deserving of a carbon tax that has been completely overlooked.

For the most part, the countries that have instated a carbon tax, only place a price on the greenhouse gas emissions associated with burning fossil fuels. British Columbia’s carbon tax excludes the agriculture industry, as does Australia. Ireland’s carbon tax does include the agricultural industry, however, this is associated to the emissions related to the fossil fuels burned for production.

Fossil fuels are a huge area of concern for climate change and global warming potential. According to Jeff Anhang and Robert Goodland, burning coal is responsible for 3,340 million tons of CO2 emissions every year. That’s around eight percent of global GHG emissions worldwide. And that’s just burning coal.

Burning fossil fuels in a largely unchecked manner has already caused enormous damage to the planet, and stands to cause more – it is incredibly important to address the issue of fossil fuel emissions, but the emissions attributed to livestock production should also be considered. And, as of yet, this particular sector, which accounts for a large sum of global GHG emissions has not been addressed, nor discussed.

The United Nations Food and Agriculture Organization (FAO) estimates that livestock production is responsible for 14.5 percent of global greenhouse gas emissions, while other organizations like the Worldwatch Institute have estimated it could be as much as 51 percent – and these numbers are projected to grow as more and more developing countries shift to a Western diet that revolves around the consumption of animal products.

While the relationship between livestock production and greenhouse gas emissions has long been understood by the scientific community, the FAO explored this relationship in 2006 with “Livestock’s Long Shadow,” and the numbers were examined yet again in 2009 by World Watch, in “Livestock of Climate Change.”  However there has been little to no movement to address the livestock industry in the United States’ proposed carbon policy.

Let’s look at the numbers.

In the 2009 report, “Livestock and Climate Change,” authored by Robert Goodland and Jeffrey Anhang, it was established that respiration from livestock accounted for 21 percent of anthropogenic GHGs worldwide. This is strictly related to the amount of carbon dioxide that is emitted from the world’s 21.4 billion livestock in the form of the air they exhale…and this is hardly the only source of greenhouse gas they emit.

You see, livestock have become a commodity and invention of human convenience just as much as any other good we produce. With this mindset, the business model for “producing” cows follows a supply/demand schema. The more people who eat meat and dairy products, the more cows are needed.

By putting a tax on livestock that accounts for the carbon dioxide emissions related to respiration, a sort of balance could be restored. Although the industry does not seem to acknowledge this fact, the mass production of livestock runs a cost on the environment, it is time that that cost is reflected in the form of a monetary tax.

Deforestation That Results From Making Room for Livestock

As logic would follow, now that we have all these additional livestock on the planet – we need to find some space to put these extra bodies. Keep in mind that livestock are in competition with humans, and other species for space on this planet. In fact, there are many species that have in fact become endangered as the result of invasive cattle grazing.

Since, unfortunately, we can’t grow more space, common practice has been to create room for livestock by clear-cutting the world’s forests. It is estimated that one head of cattle can be sustained on one hectare of grazing land. Currently, 26 percent of the earth’s land mass is used for grazing cattle, that’s 70 percent of designated agriculture land.

Congruently, grass land will only store 8 tons of carbon per hectare, so the vehicle that could have potentially helped to mitigate the emissions from additional livestock (e.g. the forest) is replaced with a less efficient system that will only lead to a long-term increase in carbon dioxide emissions as more forest is destroyed and more cattle are placed on that land.

Knowing the amount of carbon that is released per hectare of land, theoretically a tax could be placed for every hectare of forest that is destroyed to make way for livestock, effectively making the practice of deforestation unfavorable from a monetary stand point. If the driving force behind cutting down the forest is profit anyway, why not negotiate using the same language?

Livestock eat a lot. So much so, that 33 percent of the world’s land is designated solely for the production of livestock feed. For every 100 calories of grain grown, only 3 calories of beef are produced. However, producing feed for livestock is prioritized over growing food for direct human consumption.

Seeing as most of the world’s arable land is used for growing feed for livestock already, to account for the additional number of livestock that are predicted to grace the planet by 2050, rates of deforestation to grow crops such as soy and corn to produce feed will inevitably increase.

Deforestation driven by corn and soy production operates in the same manner as deforestation for livestock production. In the United States, an area the size of California is designated strictly for growing corn. Sixty percent of that corn goes to feed livestock.

In the Gran Chaco region of South America, three acres of forest were cleared every minute in 2013 to create soy plantations. The result, 80 percent of cultivated land Paraguay has been converted to soy plantations. Incidentally, this soy is largely part of the Cargill supply chain. Cargill produces livestock feed for many American companies.

Should a Carbon Tax be the Answer?

Theoretically, if livestock producers were priced per head of cattle, relative to the amount of carbon each animal is responsible for (from these three sections) a tax could be applied accordingly. Rather than mass producing livestock and designating an incredible amount of land and resources to fuel this production, companies might reevaluate their practices for the better. For example, a recent study published in Science, suggests that we could freeze our agricultural footprint by ending the destruction of forest to grow food, learning to grow more food on the farms that do exist, using resources more efficiently, and reducing food waste.

With clever marketing to convince consumers meat, dairy and eggs are healthy staples of their diet, Big-Ag has manipulated the standard for human diets and effectively shaped the way we use land and animals. By reassessing the role livestock production plays in climate change and global warming, we can effectively drive down greenhouse gas emissions quickly and effectively, and it can be done at a much faster rate than developing the technology needed to efficient clean energy. Something as simple as changing what we put on our plates can have an incredible impact.

Countries that have put a carbon tax in place for emissions related to burning fossil fuels have seen an increase in the innovation of clean energy technology. By putting pressure on the system to find better alternatives, many countries have responded positively, and in fact are now profiting from more efficient technology, and a better standard of living.

Perhaps it is time to consider a carbon tax for livestock. 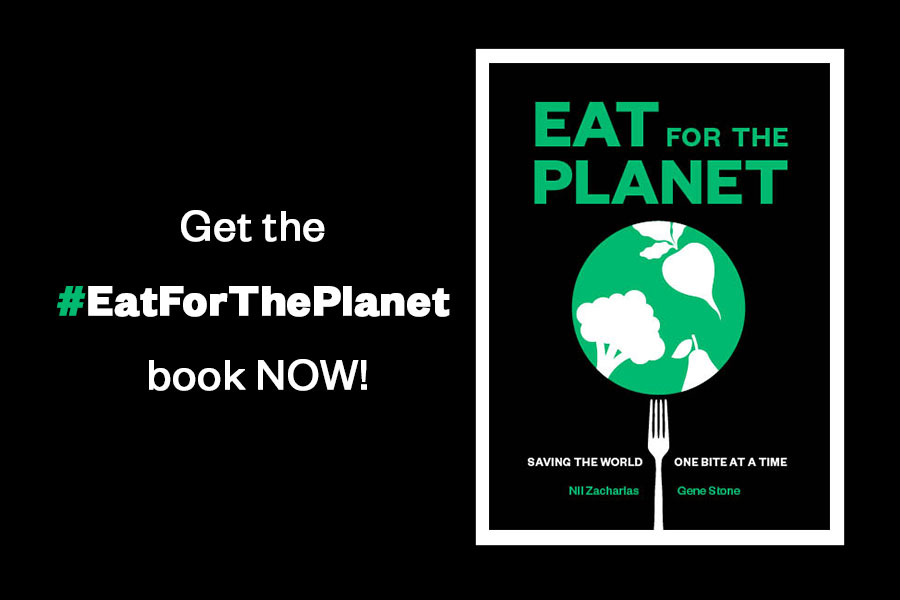