5 Reasons Seals Should Not Be Hunted 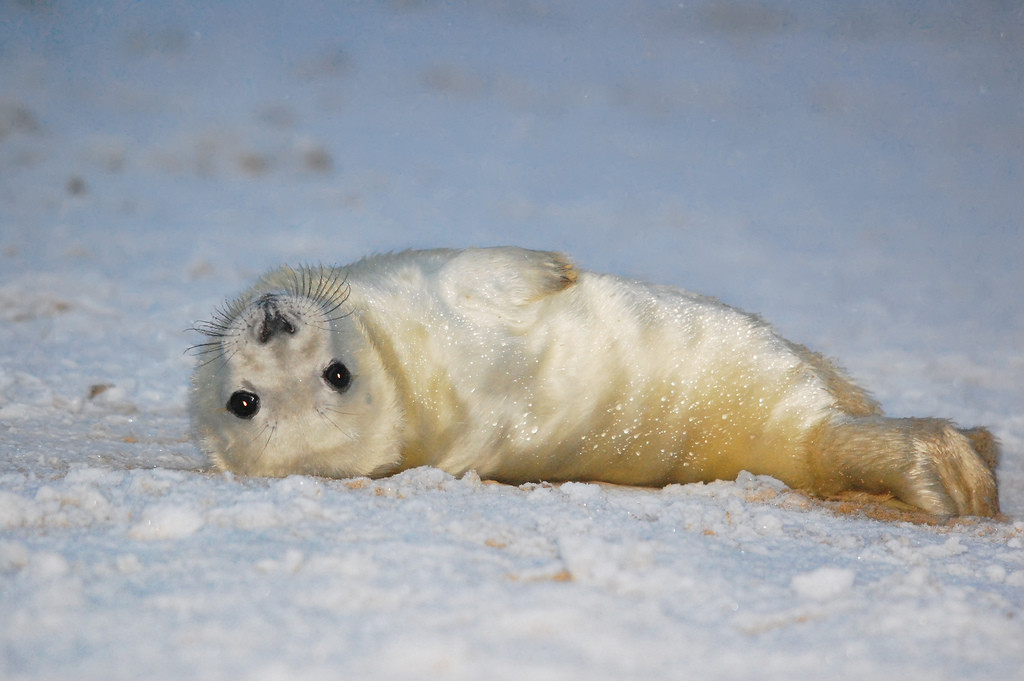 Victories can sometimes be elusive in the animal protection world, but we’re very happy with these two: (1) that seal products are now banned in the U.S. and the European Union, and (2) that last November, the EU’s top court upheld the union’s ban. We’re also glad that in Russia whitecoats, or pelts from baby seals, became illegal. But there is still plenty of work to be done because even though demand might be declining for these products, seals are still slaughtered yearly in great numbers around the globe.

Many of us may have seen the gory pictures or videos of how seals are clubbed to death, how the ice turns red as their little faces look up at their human predator. But do you really know the facts to help educate others as to why seals should be protected instead of hunted?

As with any cause, it’s always best to be well-equipped with the facts so that you can be a more powerful voice for animals. To get you started with this issue in particular, check out the list below detailing five good reasons why seals should not be hunted.

In Canada, seal hunting is still alive and well, despite years of efforts to shut it down. Due to its controversial nature, the Canadian government likes to use euphemisms such as “harvesting” instead of hunting, as if seals were vegetable crops instead of live, breathing animals. According to the Humane Society of the United States, the Canadian seal hunt kills hundreds of thousands of seals annually, and that the “actual number of seals killed is likely higher than the number reported.” If the hunting continues at this rate and shows no signs of decreasing, seal populations will definitely decline, the North Atlantic Marine Mammal Commission reports.

In 2010, Canada’s Department of Fisheries and Oceans (DFO) sanctioned a commercial hunt to “control” the seal population on Sable Island – a haven for gray seals. The plan was to slaughter 220,000 gray seals within five years, but since demand is so low, these numbers were not reached. Once again, demand plays a major role – the less people buy, fewer seals are hunted.

But if demand is decreasing, how come the hunt allowance is rising? The story, according to Sea Shepherd and other organizations, is that both sealers and the fishing industry put pressure on the government to raise the allowance. Since demand is decreasing, does that mean that the seal population will be saved? Not always. Prices also go down accordingly, which might drive sales up. Therefore, full protection for seals is crucial if we want them to avoid suffering in this up-and-down economic game.

2. Seal fur is stolen off the backs of baby seals.

The Canadian government defines 12 days old seals as “adult seals.” That’s less than two weeks old! At this tender age, seals have no way of protecting or defending themselves. Hunters force them to come up to the ground by blocking their breathing hole in the ice — so the baby seals come up to breathe, only to get clubbed to death. According to the Harpseals.org, about 95 percent of the seals killed in the commercial seal “hunt” are just three weeks to three months old. It’s important to remember that adult seals have no actual way of protecting themselves against such a vicious enemy either. All seals are helpless when it comes to humans.

One of the arguments made by Canadian seal hunting proponents is that the seal population destroys fish, especially cod. But according to many organizations, including Sea Shepherd, a harp seal’s diet is made up of only three percent cod.

Once cod vanished in the 1990s after ocean fisheries depleted, it was easy to blame it on the seals even though they played no role in the fishery collapse.  Today, scientists and researchers agree that it was overfishing that made cod disappear from the ocean and not seals, yet somehow the government still allows massive seal hunts to continue. Easier to blame seals though isn’t it? It’s not like they could run a PR campaign against the government or the fisheries.

4. Humans will survive just fine without seal fur and products.

Once seals are hunted, their meat is usually left to rot, because only the fur is really valuable, money-wise. Many people bring up the issue of indigenous people hunting seals for food, making it seem as if seal hunting is actually very necessary. But in fact, only a very small group of Inuit hunt seals for food, and they generally hunt mature seals and use the meat and the pelt. Ultimately, the general population does not need seal fur to stay warm nor seal meat to sustain ourselves.

According to PETA, sealers usually use clubs, hakapiks (heavy wooden clubs topped by a barbed metal hammer head), or rifles to slaughter seals. To make sure the fur stays intact, sealers often hook seals in the cheek, eye, or mouth. Once a seal is hooked, he or she is dragged across the ice and is skinned. What’s more, sealers do not take the time to check if the seals are alive before skinning them.

There is no doubt that the seal industry is a cruel and redundant one. But here’s a thought: an Inuit community representative argued that there is no difference between the seal industry and any other animal industry, though it might still be deemed morally justified by the U.S. and the EU. And indeed that is the case – raising pigs is not “less cruel” than hunting seals. It’s because people identify with sweet baby seals more than they identify with chickens. Seal hunting is not a part of the U.S. culture as it is in Canada or Greenland. If it was, perhaps people would have defended it as they defend other animal industries, claiming people have the right to make a living or that it’s deeply rooted in the culture and cannot, or should not, close down entirely.

Green Monsters, what do you think? Is there a difference between seal hunting and raising animals for slaughter?

If you agree that seals need protection, then let your voice be heard! Tell the Canadian government how you feel.