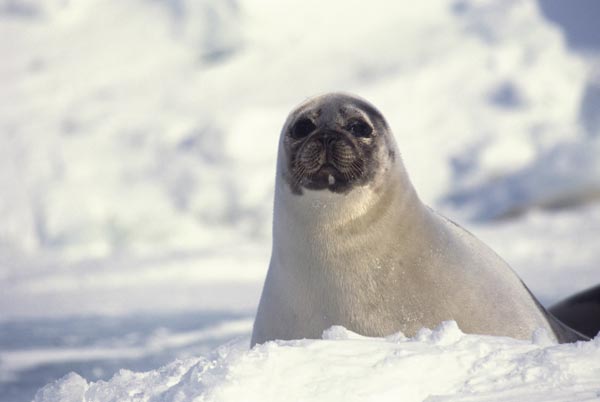 Canadian seal slaughter is once again in the news following Sen. Mac Harb’s re-introduction of the bill to end the massive commercial seal hunt. PETA reports that Sen. Larry Campbell seconded the motion in order for an informed debate to take place, pushing the bill to its Second Reading on May 2, 2012. The Vancouver Sun reports that the bill seeks to “amend the Fisheries Act to eliminate a commercial seal hunt, but permits First Nations hunters to continue their traditional hunt. It also contains a provision for the federal government to compensate sealers for the loss of the hunt.”

The bill was initially proposed in 2009 and was re-introduced again in 2010, but both were met with failure. Sen. Harb notes that the exports of seal products have significantly decreased since 2004 as the number of countries banning seal imports are increasing. In the spring of 2004, Canada made headlines when the federal government gave the fishermen the green light to kill hundreds of thousands of harp seals, in which the fishermen were believed to have killed  “about 350,000 seals – making it the largest single cull in more than 50 years.”

Famous personalities such as Pamela Anderson and Alicia Silverstone have boosted the fight against seal slaughter. Oh, and remember when Paul McCartney and his wife debated Newfoundland and Labrador Premier Danny Williams on Larry King Live in 2006, with McCartney arguing about the seals that are culled each year, and with Williams arguing about its economic significance?

Still, the truth about the shameful act of Seal Hunting and the advocacy efforts are not enough for the legislation to move forward. Sen. Harb has asked for your support in contacting the members of the Senate to support his bill. Join PETA or Friends of Animals’ campaign and write a letter to a Canadian senator NOW!