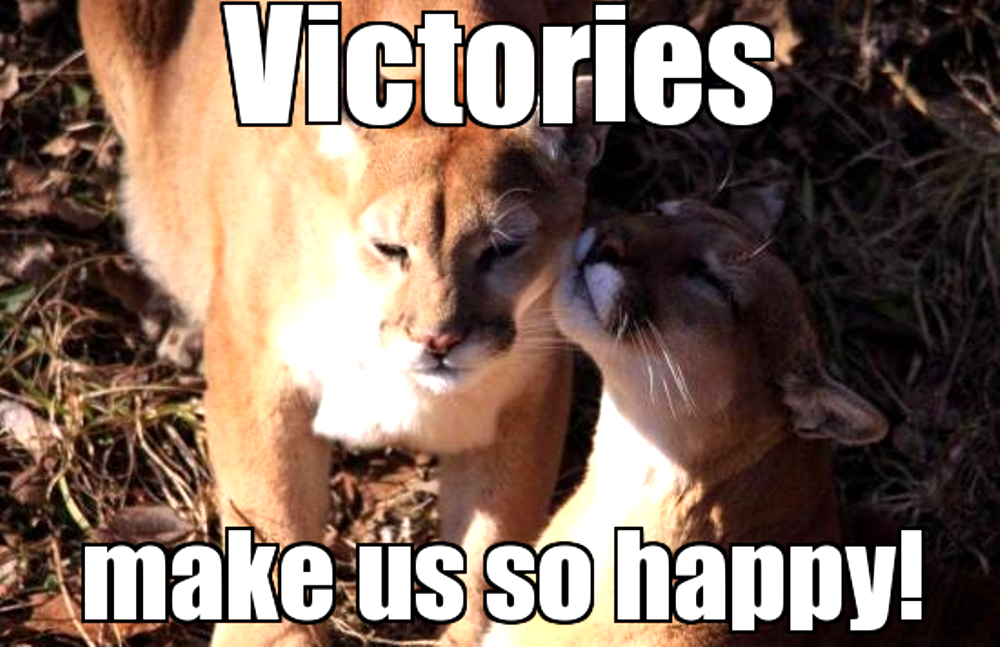 Bad news is everywhere and it’s often hard to avoid on the animal protection front, but we must not let it run down our do-good mentalities.

Instead of looking only to the heartbreaking, let’s give victories their spot in the sun. There have been plenty of them over the years from grand national changes to smaller yet still powerful animal rescue success stories, and all are reasons to celebrate — especially with some delicious vegan cake!

So go ahead, bake up a cake or do a little dance to celebrate these five wonderful U.S. animal victories over the past five years.

In December of 2010, H.R. 5566 was signed into law, banning both the creation and distribution of sickening animal torture videos depicting crushing, burning, drowning, and suffocation of young animals for the “titillation” of viewers.

Introduced in 2009 and passed a year later at the end of 2010, the Truth in Fur Labeling Act was a bipartisan supported bill and aimed at protecting both consumers and animals. Its passage has closed a loophole in a federal law that allowed some animal fur garments to remain unlabeled if they were valued at $150 or less, meaning that faux fur was often falsely advertised. Not that case anymore though! (And now we need to work on banning all fur!)

Signed into law in January 2011, the Shark Conservation Act marked the start of increased protection for sharks by closing a loophole in the U.S’s existing ban on shark finning. The act has made it illegal to remove any fins off a shark at sea and to possess a fin on board a fishing vessel that is not naturally attached to a shark carcass.

While West Hollywood’s (WeHo) recent ban on all fur within its city limits is certainly fantastic state-wide news, it also has national implications since WeHo became the very first city in the entire U.S. to go completely fur free. Now, that’s a grand achievement and one that will hopefully serve as an example for other towns across the country.

California led the way with factory farm anti-confinement laws thanks to the state’s 2008 ban on veal crates, sow gestation crates and battery cages for hens. Maine and Michigan followed suite with similar laws in 2009.

Since then, businesses have been taking note thanks to pressure from consumers and animal protection organizations. This year so far, Tim Hortons, Bob Evans, Dine Equity (Applebee’s and IHOP parent company), Marriott, Au Bon Pain, General Mills, Williams Sausage Company, and Olymel have signed on to totally eliminate gestation crates from their pork supply chains.

Now, animal lovers, let’s keep up the good fight and reign in some more victories! Onward!