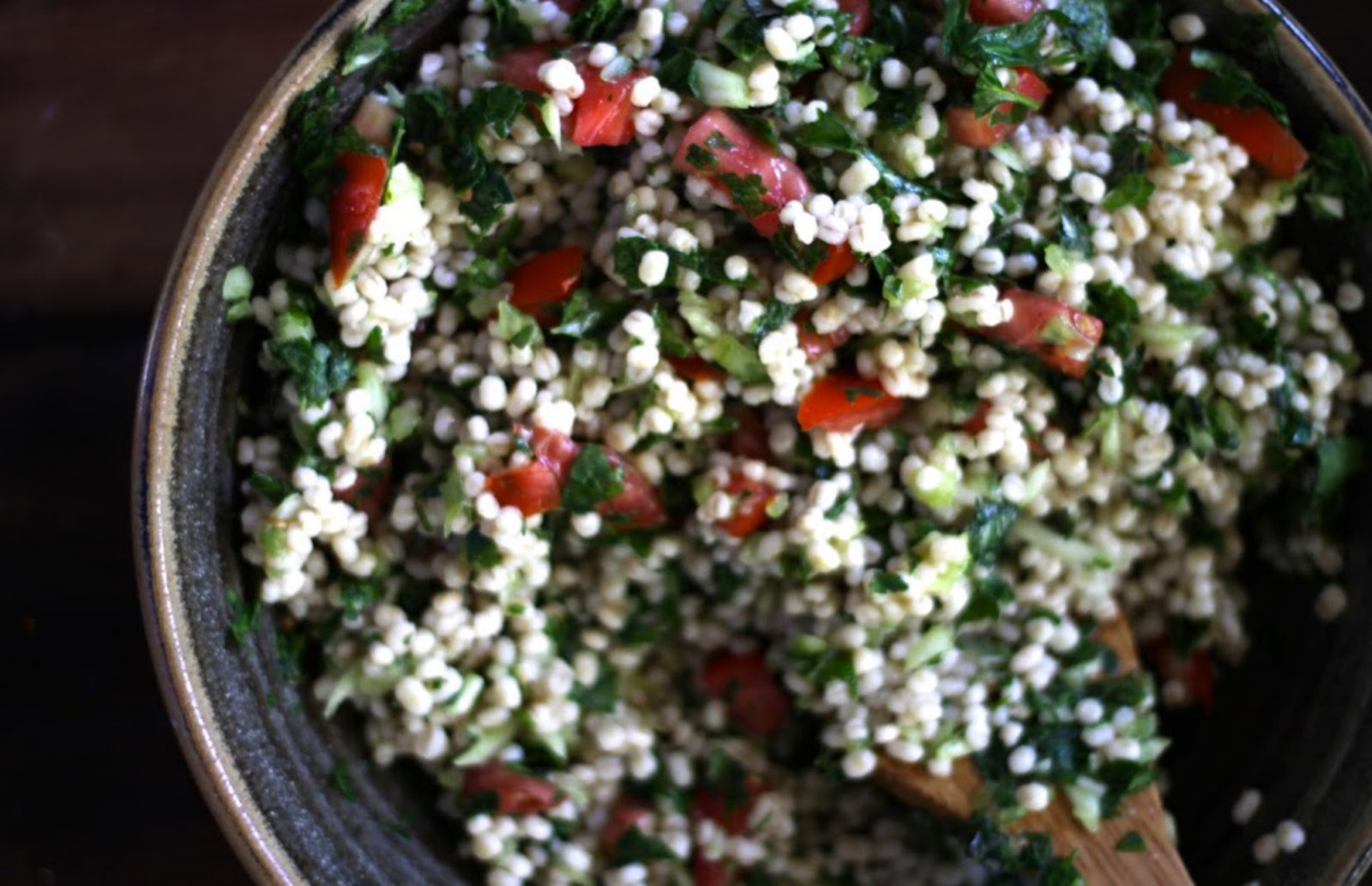 Traditional tabbouleh originated in a region near Egypt that also gave us magical foods like hummus and baba ghanoush. In my recipe today I used pearl barley instead of bulgar because that is all I had and it turned out wonderfully, even if it isn't strictly in the original tabbouleh style.