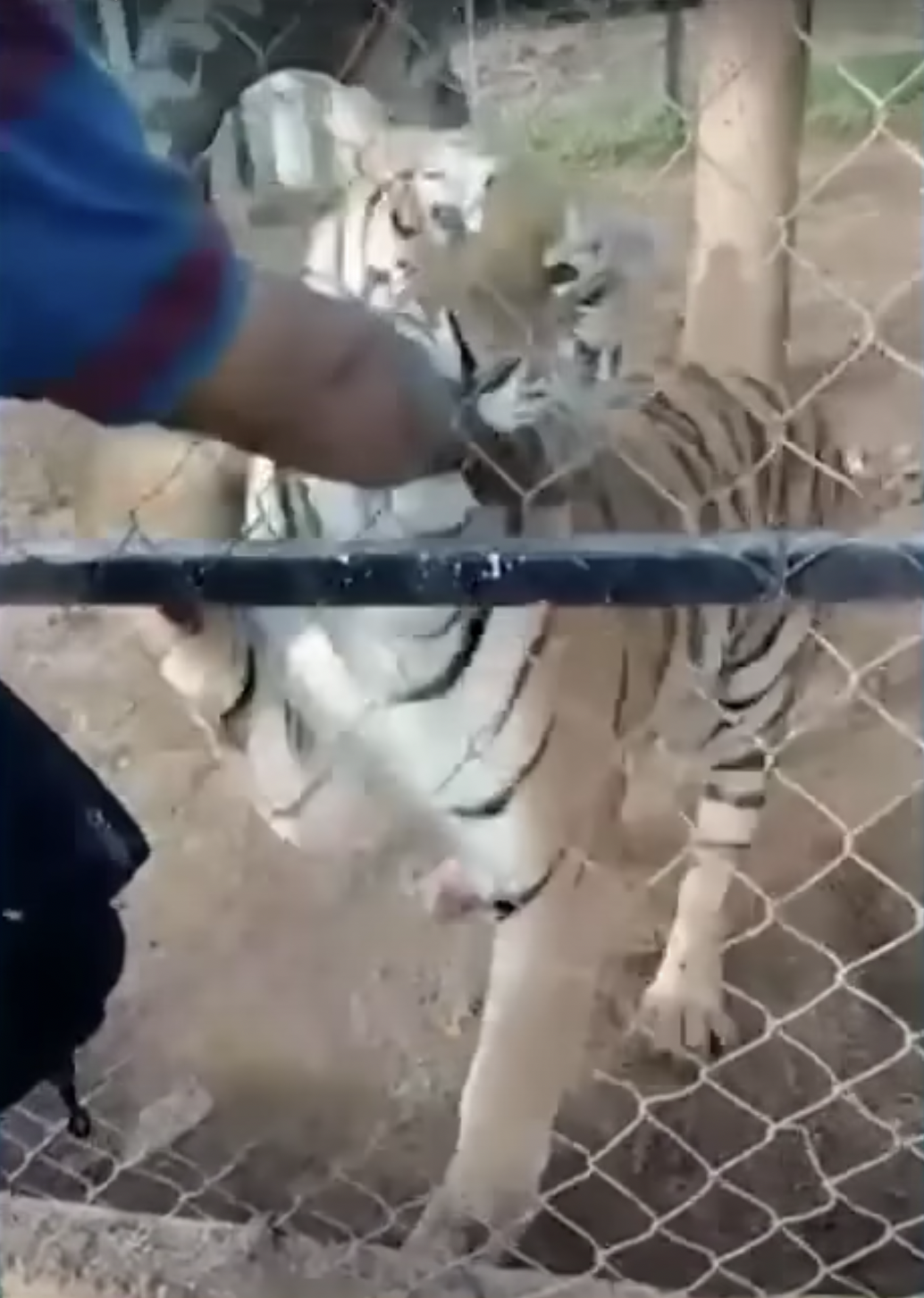 Horrifying events have happened recently due to the obsession with exotic animals amongst the Mexican cartels, which has been a long-time problem. Last week this obsession resulted in three major tragedies.

A Mexican cartel’s spider monkey was shot dead in a shootout while dressed up as a drug gang mascot. Eleven suspected gang members died in the shootout that happened last week in the State of Mexico, which surrounds the capital. Horrifying photos of the scene show a small monkey that was dressed in a tiny camouflage jacket and a tiny “bulletproof” vest on the floor across the body of a dead gunman.

Authorities in the State of Mexico have confirmed that the photos are authentic, saying, “A primate was killed at the scene, which was presumably owned by a criminal who was also killed at the scene,” state prosecutors said. “An autopsy will be carried out on the animal by a veterinarian specialized in the species.” They said animal-trafficking charges would be considered against the suspects who survived the shootout.

In another tragic event, the attorney general for environmental protection said that they seized a tiger in Tecuala near the border of Sinaloa, which is where the cartel of Sinaloa is located. The Benegal tiger was found wandering the streets in an area the tiger was being illegally kept. When authorities caught the tiger, they found the claws and fangs had been removed.

In another tragic story of exploited animals, authorities confirmed a man was seriously injured by a tiger in Michoacán, where gangs are known to extort protection payments from the mass avocado trade in the area. The man was standing outside of an enclosure while feeding the tiger with one hand while he had his other arm through the fence to stroke the tiger’s neck. The confined and angry tiger snapped and bit his arm and refused to let go. The man later succumbed to his injuries.

David Saucedo, a security analyst, told The Guardian that drug traffickers have been known to keep exotic animals as a symbol of status and power like the Colombia drug lords did back in the 1980s and 1990s.

“Mexican drug traffickers copied from the Medellín cartel the custom of acquiring exotic animals and setting up private zoos,” said Saucedo. “According to the code of the drug trafficking aristocracy, having a private zoo was a prerequisite for being part of the circle of big-time drug traffickers.”

Animals that are held by the cartels and any others are often exploited and not cared for as they should be. To the cartels, the animals are often just used for show, and their well-being is rarely taken into consideration.