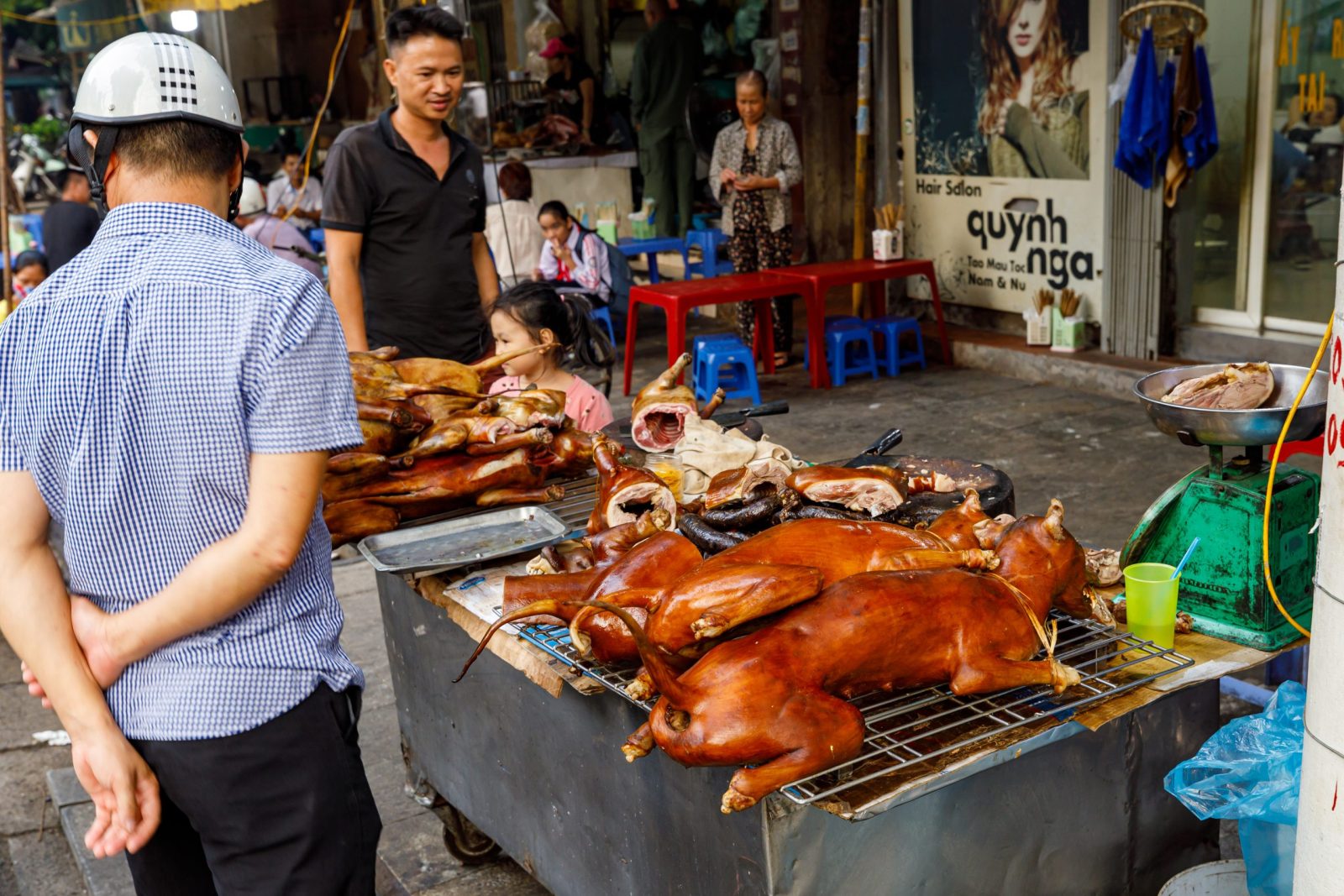 The Lychee and Dog Meat “Festival” is seat to happen in the southern Chinese city of Yulin on June 21 and coincides with the summer solstice. During the annual event, festival-goers eat dog meat and lychees. The festival is a 10-days-long and first began in 2009, and thousands of dogs are reportedly consumed.

As the festival is underway, police from the city of Shaanxi teamed up with activists campaigning for an end to the brutal killing. Recently, they intercepted a dog truck that was headed for Yulin and confiscated all 386 dogs on board. The truck was spotted 500 miles away from Yulin and had the nearly 400 dogs crammed in tiny cages.

Videos and photos taken by the activists and released to Humane Society International (HSI) show the police pulling over the truck and the distressed dogs crammed in small wire cages in the sweltering heat. The activists have thanked the police for their efforts and the rescue of all of those dogs. They said that if all police took this zero-tolerance approach, China’s dog meat trade would come to an end.

Activists also released a video taken on June 18 at the dog meat market, where the stalls can be seen full of dog and cat carcasses.

One of the activists, Lin Xiong,  who was on the scene, told HSI, “It was horrifying to see so many dogs in such an appalling state, it was like a truck from hell for these poor animals. They had probably been on the truck for days, dehydrated and starving, many of them with visible signs of injury and disease. We could see their petrified faces peering out from the cages and we knew those dogs were headed straight for Yulin slaughterhouses where they would have been bludgeoned to death.”

“The Shaanxi police response was really impressive, they came out in force and pulled the truck over, taking the dogs under police control when the driver was unable to prove he’d acquired and transported them legally. It was a very tense time for us but thanks to the authorities, these dogs are now safe in police quarantine where they can get food, water, and rest. If only all police across China would have such a firm zero-tolerance approach to these dog thieves and traffickers, it would be the end of the dog trade here. The dog meat slaughter brings shame on our country and so we will keep fighting until we see an end to this suffering.”

The dogs that were rescued were a mixture of breeds, and some were even still wearing their pet collars. Many had infections, skin diseases, and were in poor physical health. The pups have now been moved to a police quarantine facility for 21 days, where they will be able to recover and get the veterinary care that they desperately need.

After three weeks, if the trafficker refuses to pay the large fine, the dogs will be released to the activists. According to HSI, the traffickers rarely do not pay the fine because the fine exceeds the profit that they would make from selling the dogs. A shelter that is supported and run by HSI and its partner group, Vshine has made itself available to take care of as many dogs as needed.

Sign this petition to urge the government of South Korea to create programs to transition dog meat farmers into more ethical industries and protect all dogs!