Adorable Shelter Dog Holds Hands with Everyone That Passes His Kennel 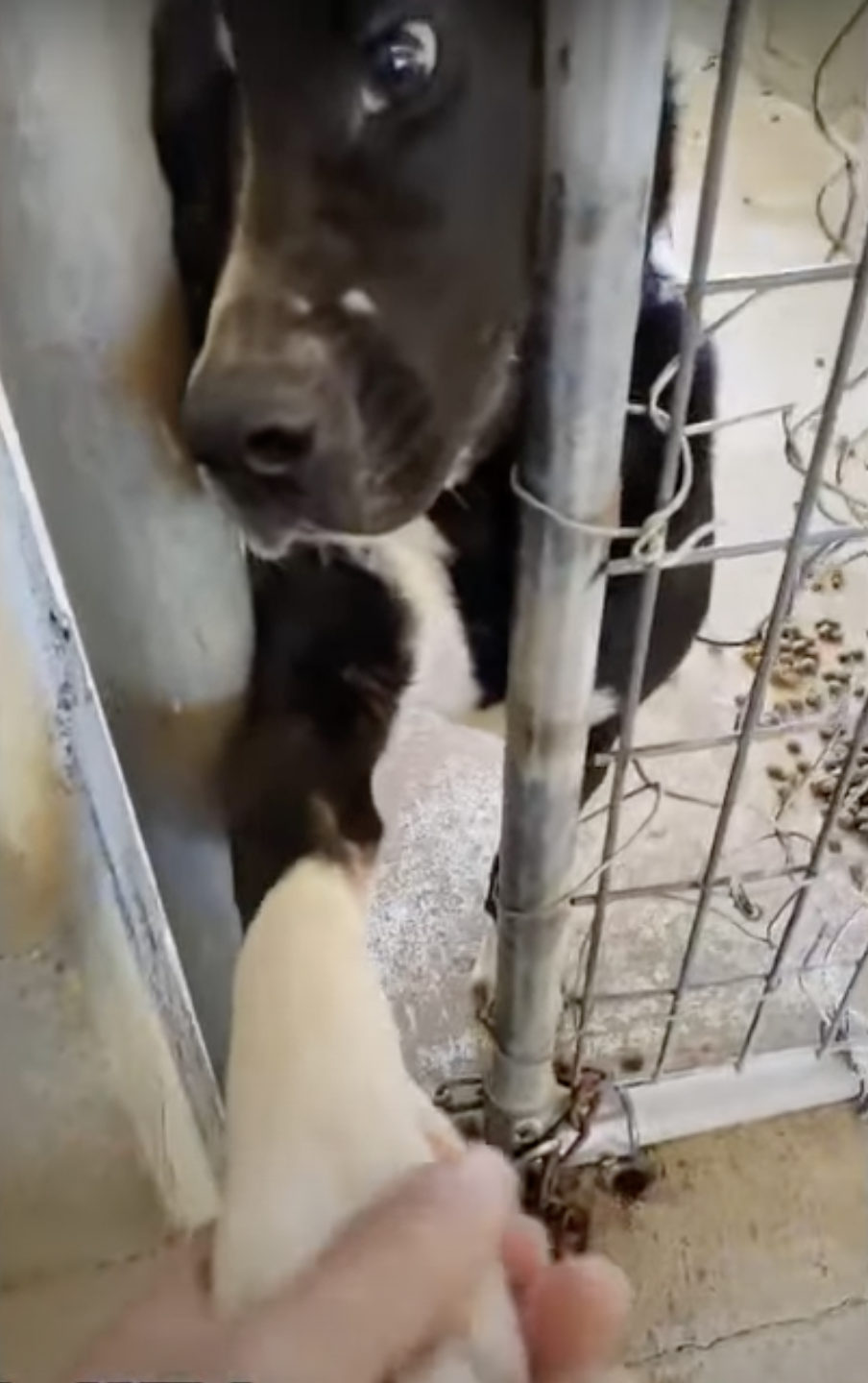 Speck, an adorable shelter dog, just wants to hold the hand of anyone who passes by his cage at the Bullock County Humane Society. As soon as someone passes Speck’s kennel, he pushes his face between the metal bars and reaches his paw out to say hi.

“All he wants is people love,” Desiray Miracle-Wilder, the shelter’s director, told The Dodo. “He will reach his little hand out and he just wants you to touch him and hold his hand. And he’s so sad when you walk off to finish cleaning or whatever you have to do.”

Speck was at the kennel in Alabama for a year and a half, patiently waiting to be adopted. Miracle-Wilder took a video of Speck’s adorable hand-holding routine, and he quickly became an overnight celebrity with the adorable video.

Miracle-Wilder wrote on a Facebook post that he is “really hard to pass by while cleaning. He literally just wants you to hold his hand.”

“You could put anything else around him — another giant dog, a cat, but he is just so fixated on getting love from people that he doesn’t care about anything else,” Wilder said.

“He just wants you to touch him,” she added. “If you sit down, he’s laying on you, if you hold his hand, he’ll hold your hand, if you scratch his belly, he’ll roll over.”

He was quickly rescued and found his furever home! He is now living on a 26-acre farm with two other fur brothers! We’re so happy this little love bug is finally getting the love he deserves! It’s important to remember to always adopt at local shelters instead of shopping for a dog that was bred for sale. There are so many loving animals like Speck in shelters just waiting to give all of their love!