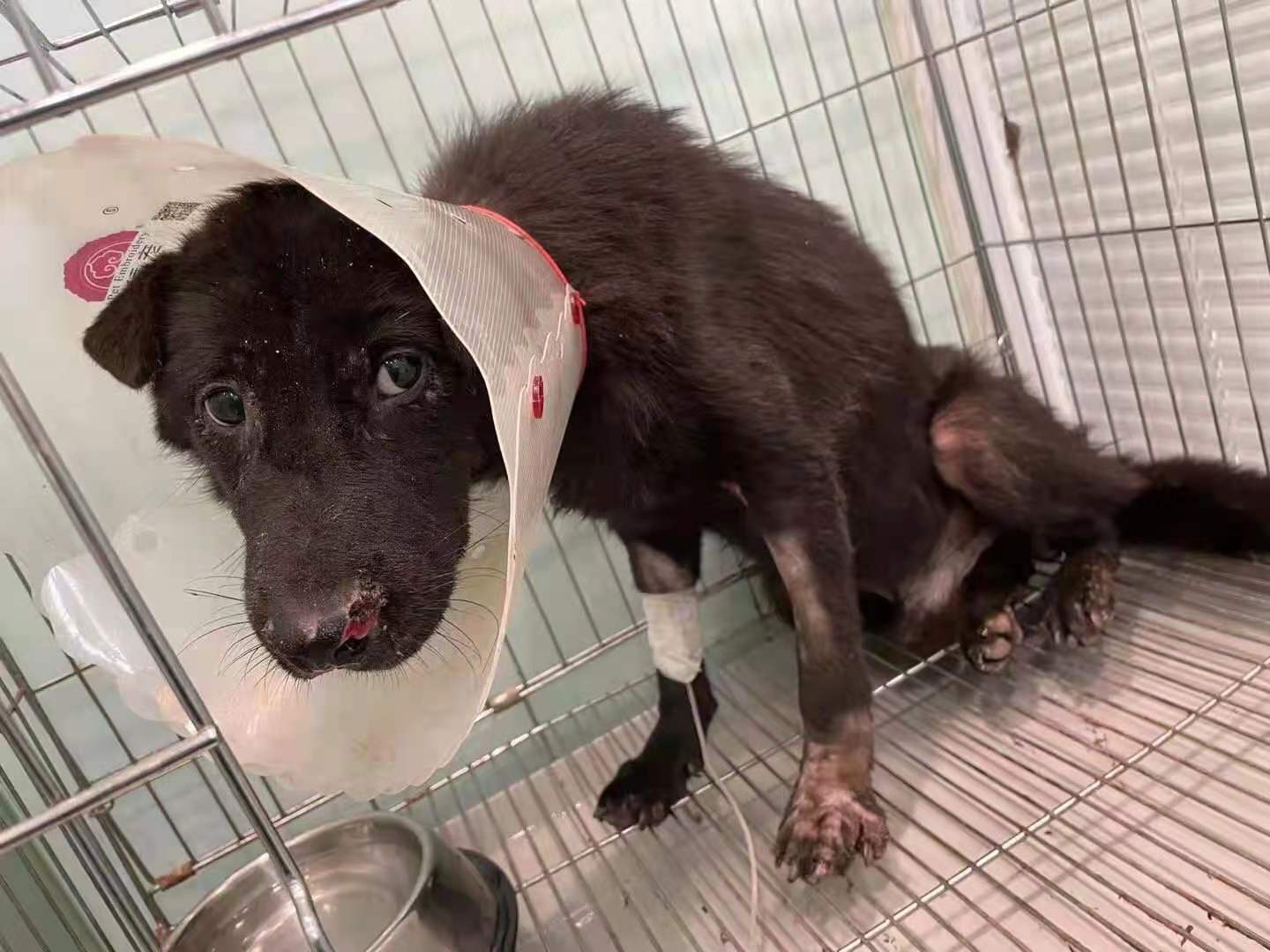 Dogs rescued from the Yulin Dog Meat Festival in Yulin, China are currently being cared for by the NoToDogMeat charity, according to an emailed release. Many of the dogs are injured or traumatized, since they are beaten or violently played with before being eaten.

Twenty-one dogs were rescued two weeks ago, with six of them still wearing their collars. It’s suspected they were taken from their owners by authorities who later sold them for the festival.

One dog, who the rescuers named Cain, stood out in particular. Rescuers believe he had been severely ill and in pain for a very long time. Mr. Zhao, one of the charity’s rescuers, felt compelled to save him.

Julia de Cadenet, the CEO of the NoToDogMeat Charity elaborates on Cain’s rescue, “We have no idea where he came from but from the deep sadness in his eyes, it was clear he has been suffering for a long time.” She added, “Mr Zhao told us how painful it was to choose who to save. The butchers were so arrogant and uncaring, and they did not care. This was a backyard set up behind the Yulin dog meat markets. Outside they had a stall promoting dog meat, it was one of the few remaining places now still killing dogs just a few meters away from the stall.”

de Cadenet also described how awful the conditions were. “The dogs were kept in a bare holding pen with no light, food or water and they were being dragged out one by one, killed and immediately blowtorched, the dead beside the barely living.” She continued, “Most were lethargic and weak, but a few made eye contact, and our volunteers took the heartbreaking decision of choosing the ones they thought would make the long journey back to Beijing. We would eventually discover they all have multiple infectious, life-threatening diseases.”

Cain’s story is one of many, and while the NoToDoMeat charity has tried its best to save as many of these suffering creatures as possible, the real victory will be ending this fatal festival altogether.