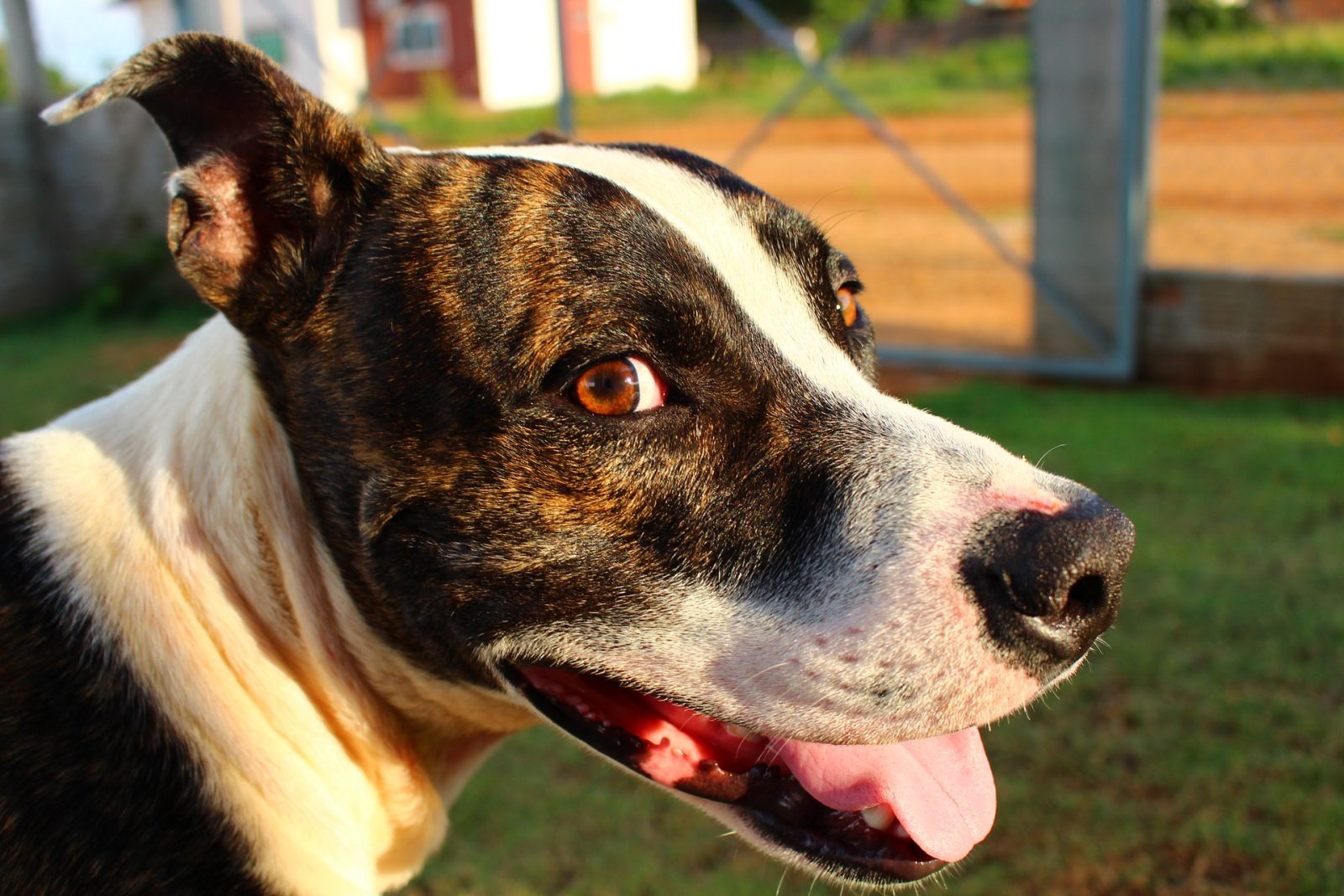 When a dog is taken in by a shelter or rescue, their background and breed can often be a bit of a mystery, especially if the dog was picked up as a stray. In instances where a dog is a mixed breed, shelter workers have to rely on their best guess when it comes to determining genetic makeup. Unfortunately, guessing can often result in mislabeling, which, due to wrongful stereotypes surrounding Pit Bull-type dogs, can influence how long a dog is at the shelter before being adopted. And under certain circumstances, it can be used to determine whether a dog is euthanized.

A study conducted by Arizona State University  found that “50 percent of dogs labeled as Pit Bulls lacked DNA breed signatures of breeds commonly classified as Pit Bulls.” Another study, featured in an e-book published by Animal Farm Foundation, found that shelter workers were incorrect nearly 75 percent of the time when labeling mixed-breed dogs. “It’s not that people in these professions aren’t good at identifying purebred dogs, the study stated. “It’s just that mixed-breed dogs do not always look like their parents.”

Determining a Dog’s Breed Isn’t Easy, Even for Professionals

Even those who work with dogs for a living and are exposed to seeing a variety of breeds and mixes can have difficulty guessing a dog’s genetic makeup. A dog with a square head, short ears, and a solid, muscular body might appear to be one of the breeds that falls under the “Pit Bull” label, but that isn’t necessarily the case.

The inconsistencies involved with dog breed identification at shelters were outlined in a study conducted by a group of shelter experts, plus staff from two colleges of veterinary medicine. One telling example profiled six mixed-breed dogs, showing how their breed was assessed at intake, then by three shelter staff and a veterinarian. After the initial assessment, the predominant breeds were determined by a DNA test. And while in some instances their guesses were fairly accurate, it also shows how varied (and inaccurate) their guesses were for some of the dogs.

Because a dog’s physical appearance and breed are significant deciding factors for adopters, mislabeling can have a major influence on whether certain dogs are overlooked in shelters. Breed stigmas —especially for Pit Bulls, one of the most misunderstood dog breeds — can deter people from wanting to adopt a specific type of dog. And when people do adopt a dog labeled as Pit Bull or Pit Bull mix, they face unfair stereotypes and in some cases, discriminatory laws that put them at risk of losing their pet.

How Inaccurate Breed Descriptions Can Cause Problems for Pet Parents

In a recent case, Dan Tillery was faced with having to give up his rescued dog Diggy after posting an epic post-adoption photo of them smiling on social media. The reason? Diggy, an American Bulldog, was mistakenly labeled as a Pit Bull, a breed that was banned by Watertown Township in Michigan. Luckily, everything worked out for Dan and Diggy in the end, but not all stories have the same happy ending.

Breed discrimination often comes in the form of Breed-Specific Legislation (BSL), which allows jurisdictions to ban people from having a certain breed of dog— usually, any dog that is determined to fall under the “Pit Bull” category. Apartments and associations are also known to have restrictions on what they view as “bully breeds” from living on site; this usually includes Pit Bull terrier-type dogs, Dobermans, German Shepherds, Rottweillers, Akitas, or mixes containing one of those breeds.

What’s unfair about these bans is that they judge dogs based on breed alone, and not the behavior or personality of the individual dog. Some insurance companies also charge people a higher premium on their homeowners or renters insurance if they have a dog that falls under a certain breed category. This means that anyone who has a certain breed of dog can have a harder time finding a place to live, or worry about being able to keep their pet if they move somewhere with BSL.

How Shelters Are Changing the Way Potential Adopters See Animals

By taking away what can often be incorrect breed labels, shelters help people focus on what’s important: A dog’s personality. Shelters are accomplishing this by getting creative with cage cards, having them read more like the narrative adoption profiles you see online instead of including only basic information. What this does is help people get to know the dog for who they are, including their quirks, energy level, and whether they prefer a quiet or more active home. Because that is, after all, what helps best determine whether a dog is a good fit for an individual or family.

Over six million pets enter U.S. shelters every year and close to 5,500 are euthanized every day. Helping people see past stereotypes is just one of the many efforts to provide accurate information, dispel myths and help as many pets as possible find the adoptive homes they deserve.

Pledge to Help End the Killing of 9,000 Dogs and Cats in Shelters and Join the No-Kill Movement!