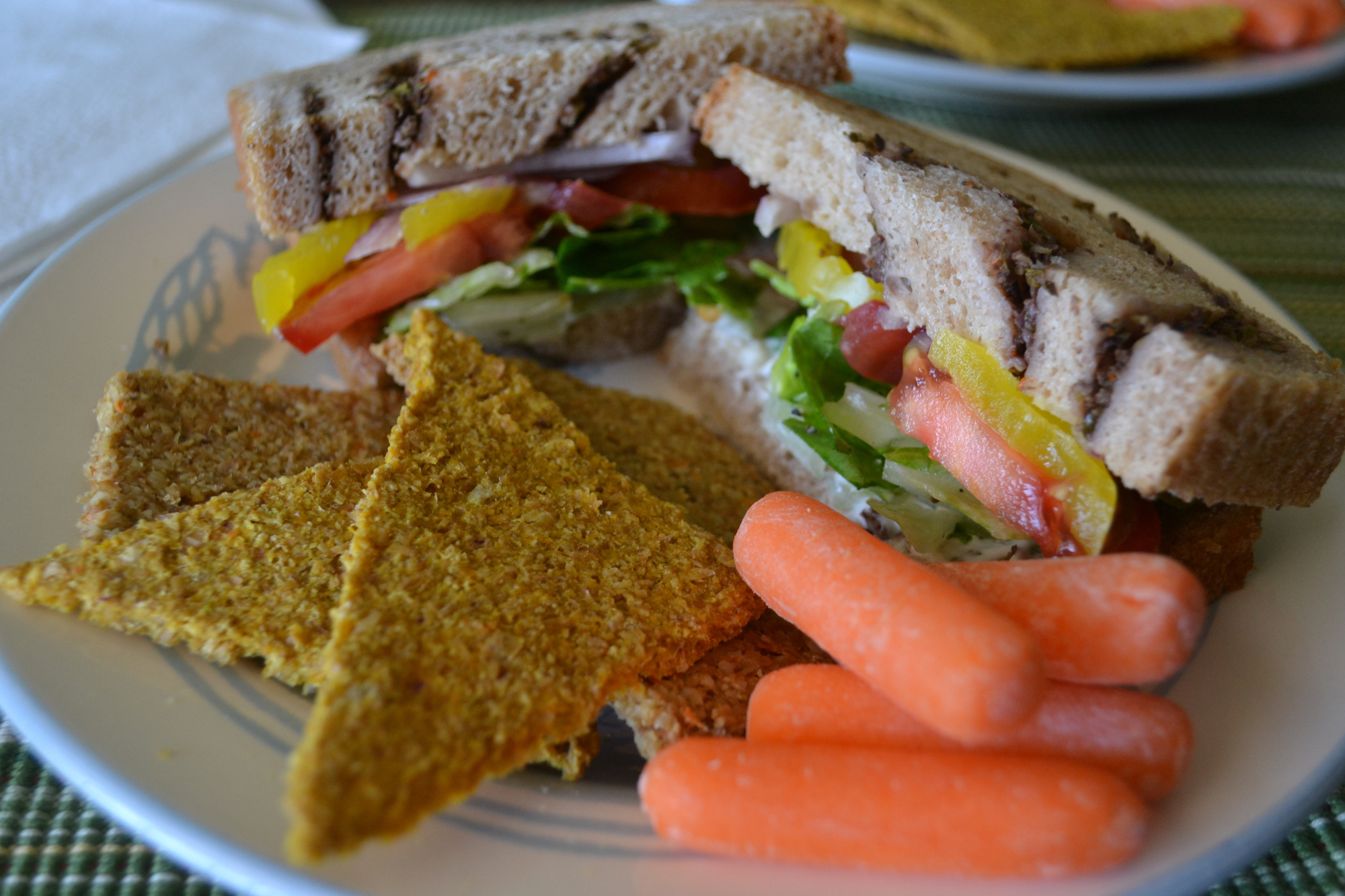 You know that sinking feeling when – desperate for food – you walk into a deli, knowing that all you’ll be able to get is a sandwich with the veggie fixings… What does a vegan sandwich look like at your standard deli? Shredded iceberg lettuce, sun-starved tomatoes, a few desultory slices of onion, and maybe a pickle chip or two. And it's probably on white bread of course, or its simpering cousin – the one that masquerades as “healthy” whole wheat. Probably sweetened with honey. Be still my beating heart. The deck is stacked against us because the deli case is filled with slices of salami, ham, turkey, capicola, mortadella, pepperoni, Swiss, American, Muenster, Havarti, and provolone. Simply no room for roasted veggies, blackened tofu, chickpea salad, or tempeh bacon. Not even enough room for a mere schmear of peanut butter. Here’s what a deli sandwich looks like in my house: