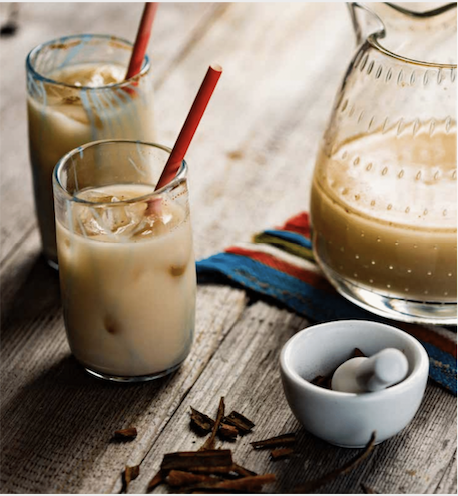 Inspired by Mexican horchata, this rice milk is named for the cinnamon sticks that infuse it with flavor. It’s easy to make and involves pounding cinnamon sticks, which kids will appreciate. (You’ll need some cheesecloth for straining.) Excerpted from THE ADVENTUROUS EATERS CLUB by Misha and Vicki Collins, reprinted with permission from HarperOne and imprint of HarperCollins Publishers. Copyright 2019.

Use a mortar and pestle or a mallet to smash the cinnamon sticks before dumping them into the blender. A good smashing makes the cinnamon more cinnamony. Recipe Photo Credit: Michèle M. Waite