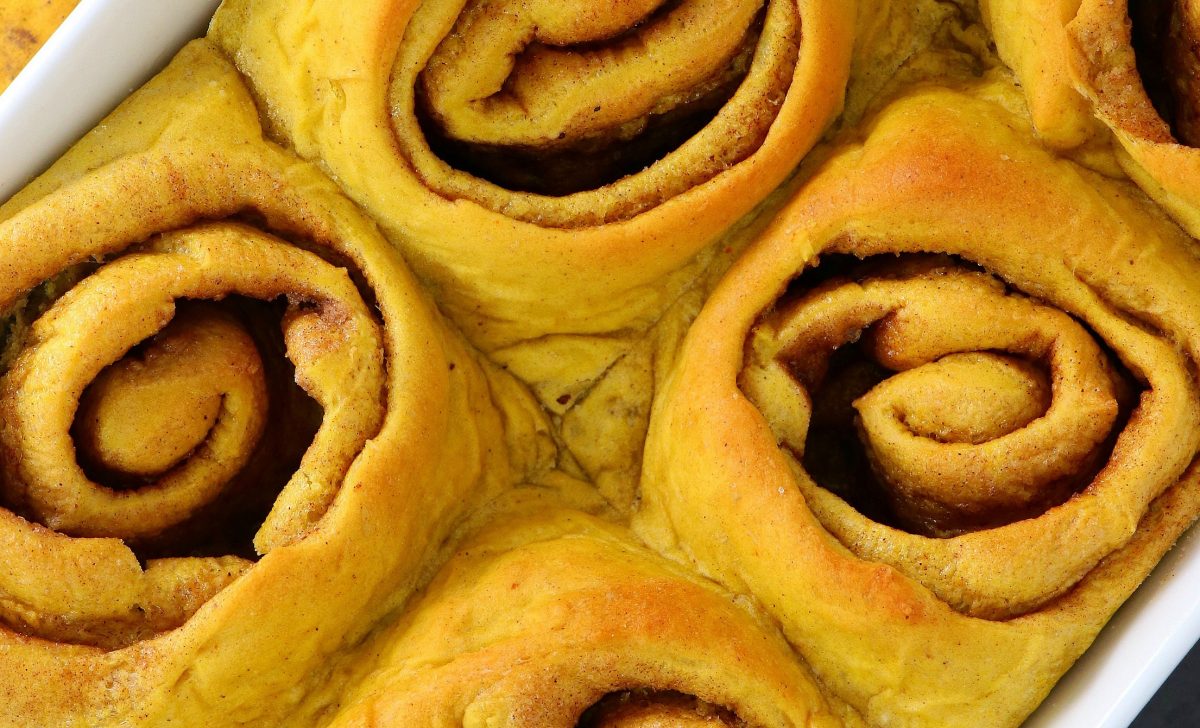 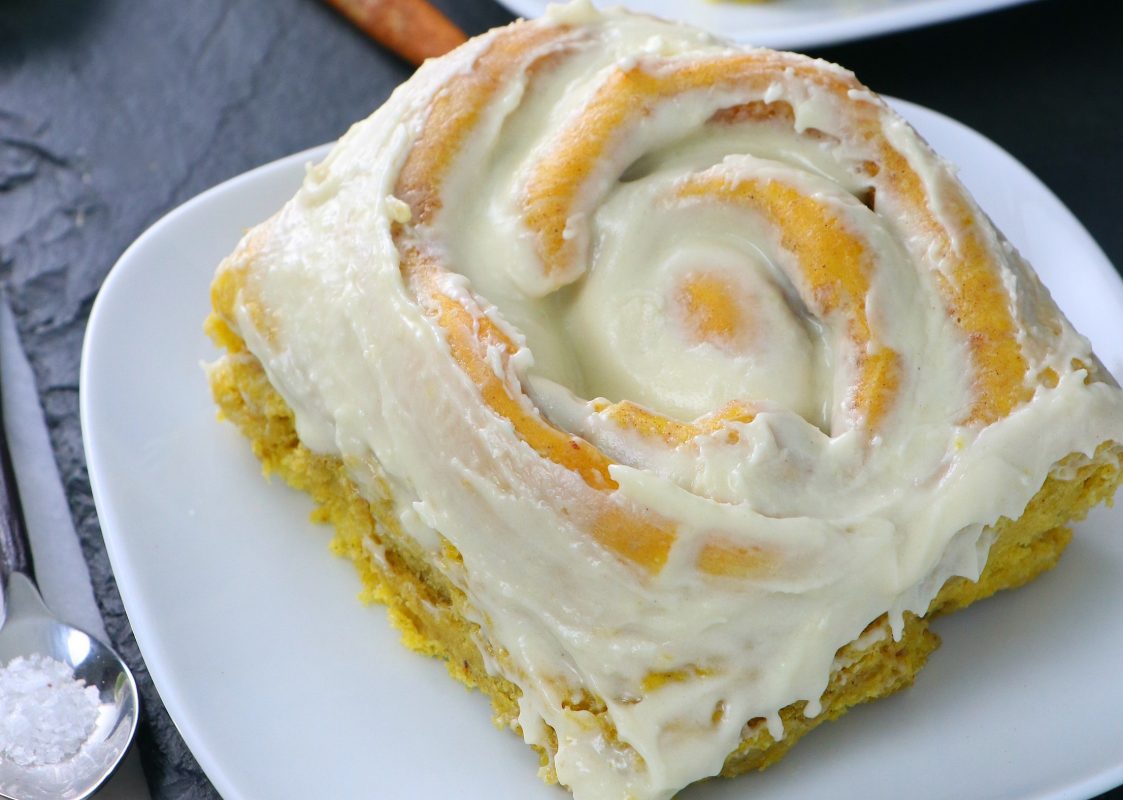 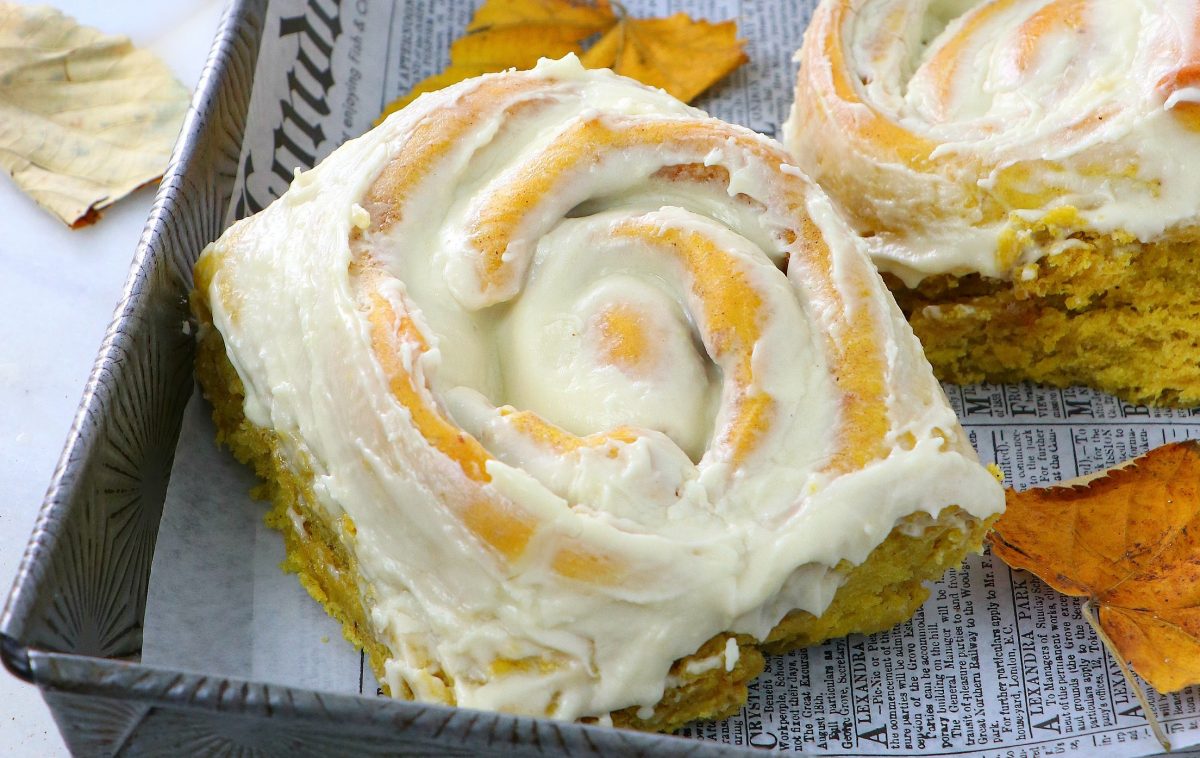 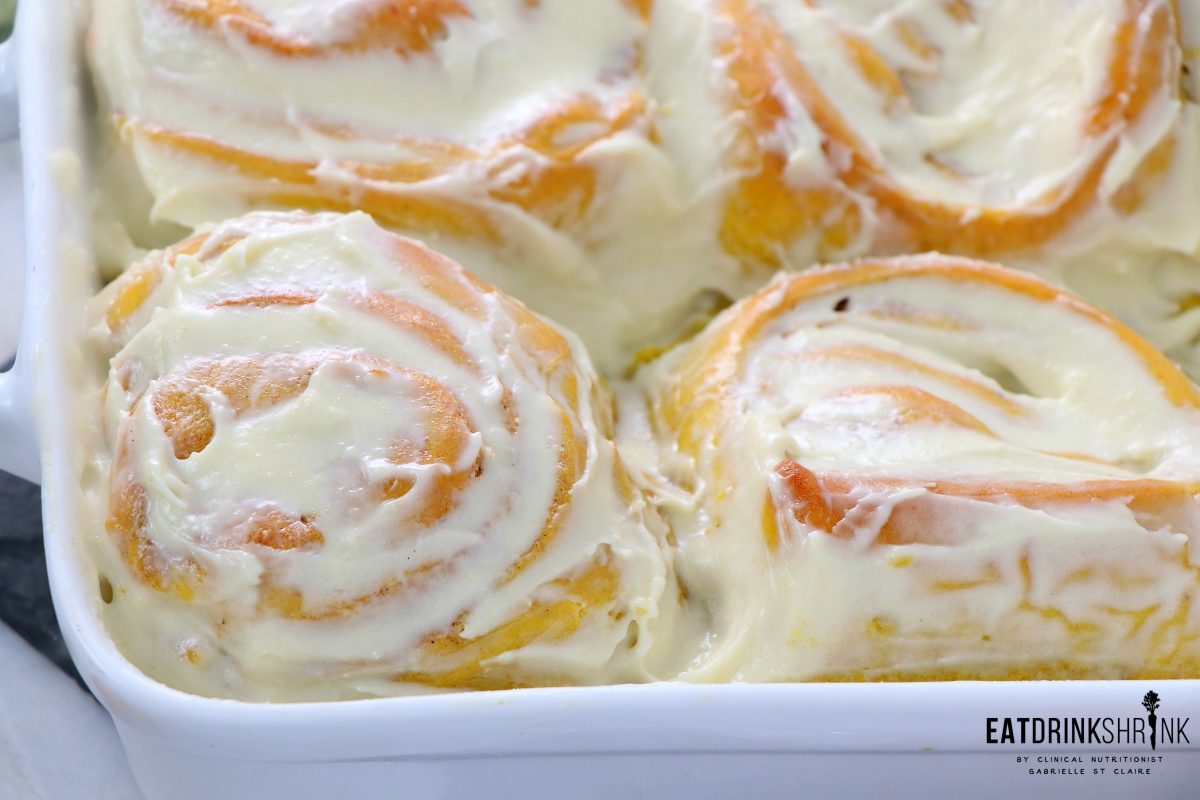 If you’re love all things pumpkin or just crave the perfect cinnamon roll, you’ve met your match with these vegan Pumpkin Cinnamon Rolls with cream cheese icing! The trick to achieving the perfect texture and cutting your time in half, use 2 packets of yeast! The extra yeast creates a fluffier result and it rises so much faster. It’s minimal ingredients, takes minimal time,  your go to pumpkin cinnamon roll recipe, which you can switch up components to cater to the season or your tastebuds, light, fluffy, have a gorgeous orange hue, perf for fall, can easily be made in bulk, and is hands down the best cinnamon roll!