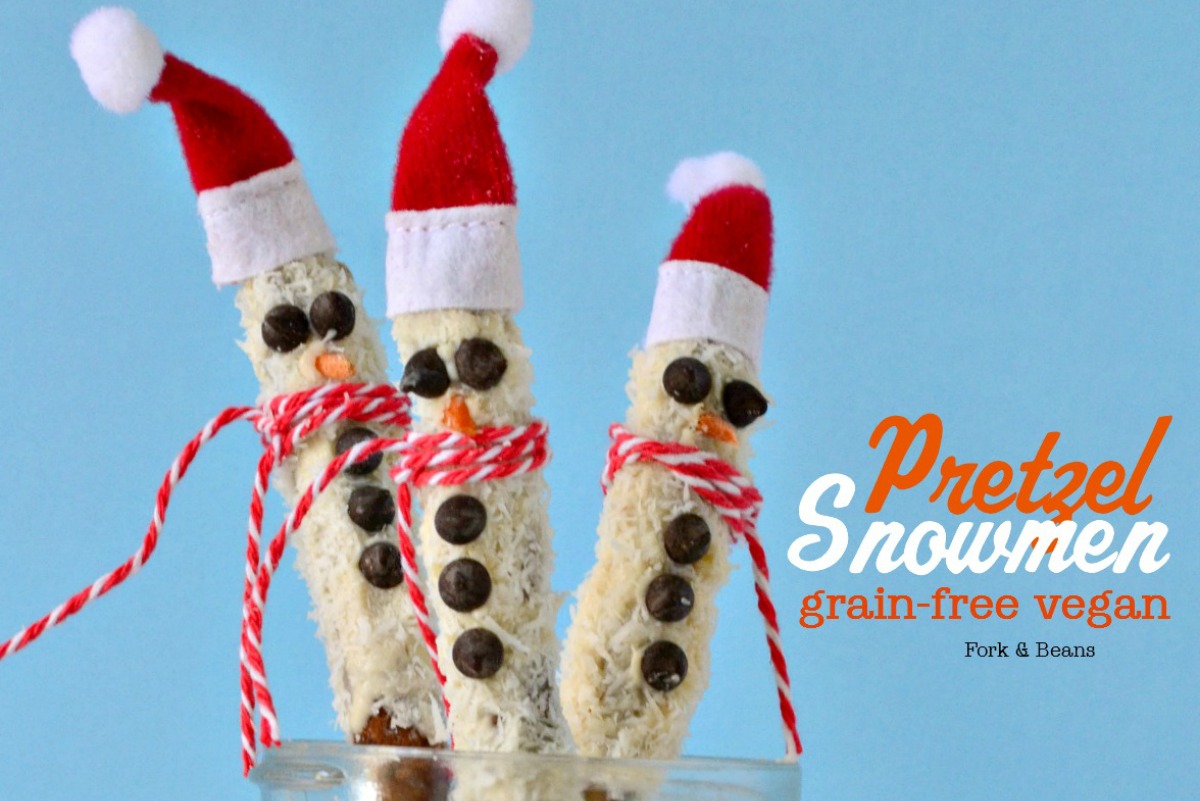 The ante has completely been upped, not only with this unbelievably tasty NO GRAIN, NO YEAST pretzel stick recipe (I can’t even describe how freaking awesome they are; truly a proud moment!), but with these snowmen made from said recipe. Oh man, I could just melt over them. I had one of those moments where I was yelling at them while photographing them, “CAN YOU BE ANY CUTER?!” They looked blankly back at me as if to say, “No, Cara, we cannot.” Well-played adorable Pretzel Stick Snowmen. Well-played.

For the Pretzel Sticks:

For the Boiling Water:

To Make the Pretzels:

To Make the Snowmen:

Cara is continually finding creative ways to answer the question, "What's to eat?" for the dietary restricted. Refusing to say the words, "I can't eat that!" she strives to transform all favorite classics into something amazing without feeling left out. All recipes on her site, Fork and Beans, are made without gluten and animal products, but she guarantees you will never taste the difference. You might even feel like a kid again and start playing with your food.