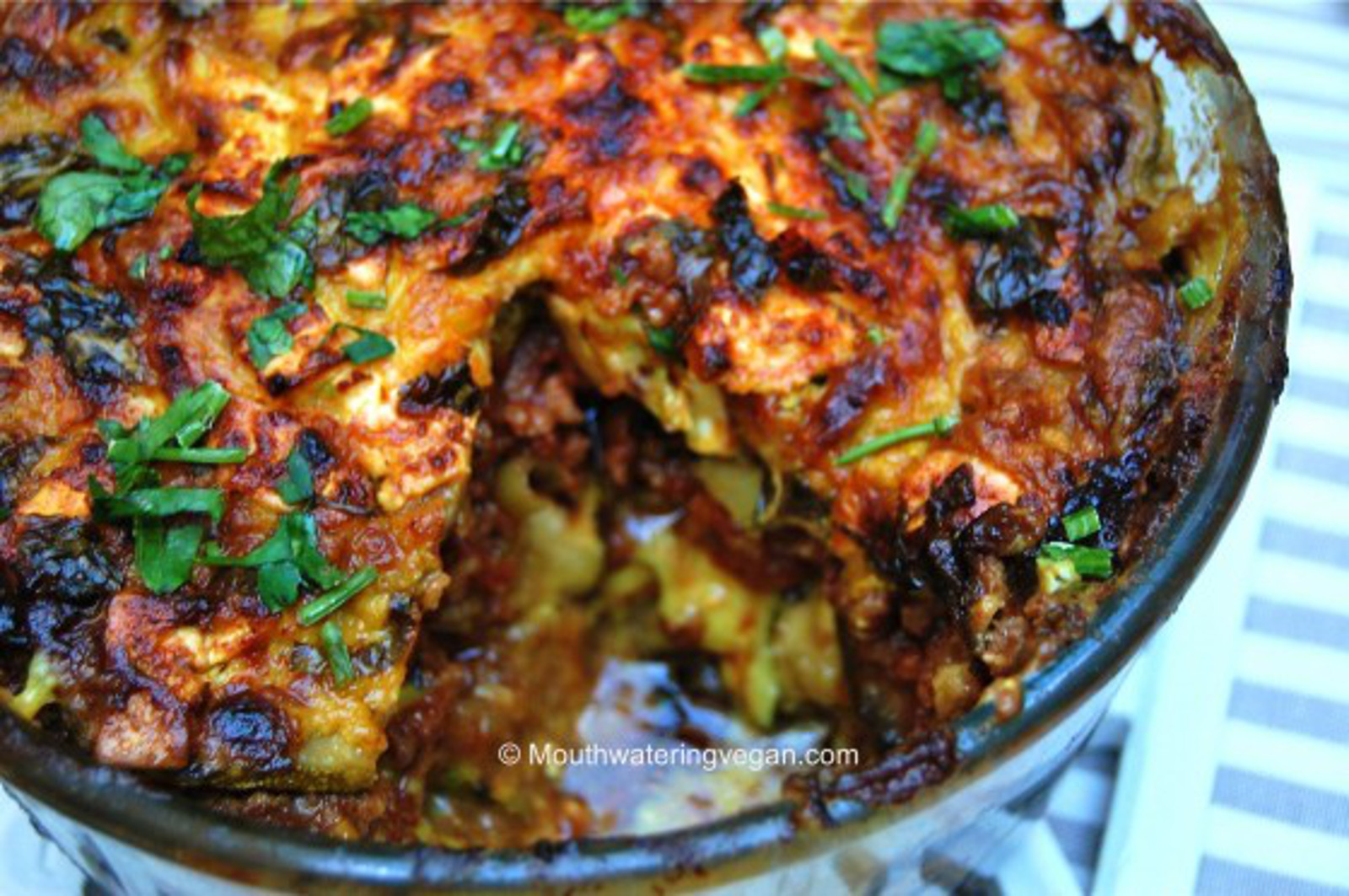 Vegan Middle Eastern food is full of flavor and really fun to make! I am in a ‘bake’ super zone presently – every cell of my body tells me to create bakes, to fuse, to go with my creative instinct – which I have to say is working overtime – and I can barely keep up with it. Now, I have created a most wondrous bake – after tasting it, I was lost for words! I merged the flavors of the Middle East with a touch of Greek and Turkish, and I simply couldn't believe the taste of this. You are going to love this vegan Middle Eastern bake! For best results, make, bake, and share with non-vegans! Who doesn't love vegan Middle Eastern food?

For the Sauce For the Cheese Sauce To Assemble

For those of you who don’t like vegan ‘faux meat,’ you may use a mixture of pre-cooked puy lentils and chopped nuts of your choice. Use in the same way as if you were using the faux meat in the recipe and follow the method as normal.

Total Calories: 1685 | Total Carbs: 103 g | Total Fat: 99 g | Total Protein: 103 g | Total Sodium: 2162 g | Total Sugar: 26 g Note: The information shown is based on available ingredients and preparation. It should not be considered a substitute for a professional nutritionist’s advice.