By Vegan: The Cookbook by Jean-Christian Jury 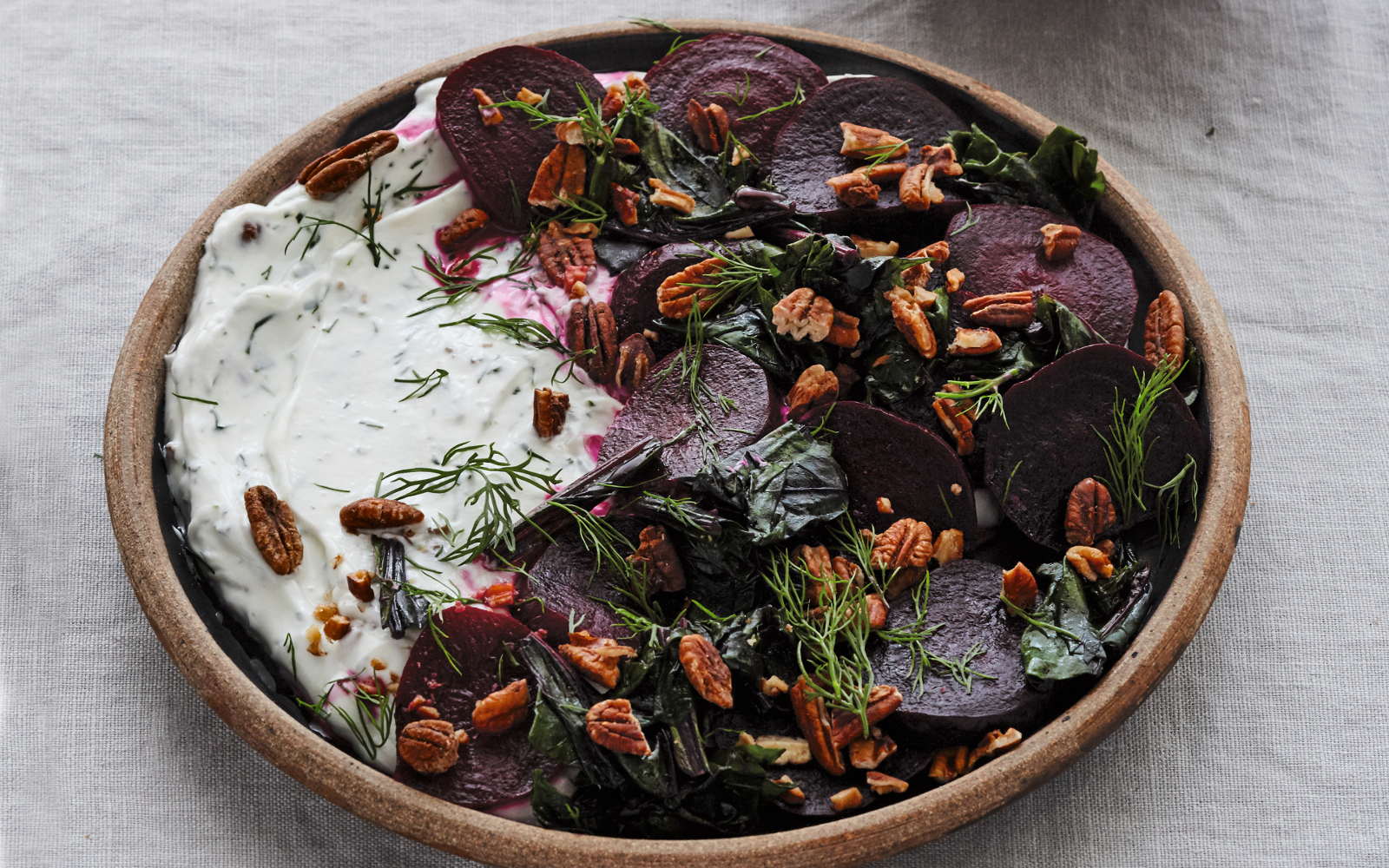 Have you tried borani? This yummy yogurt dip is popular in Azerbaijan and Iran, where it's typically served as part of a meze spread. Creamy, dairy-free Greek yogurt is served with tender, earthy beets that have been mixed with fresh dill and oregano and toasted pecans for crunch. Serve this with naan and other meze sides like roasted vegetables and falafel.

Vegan: The Cookbook by Jean-Christian Jury

Jean-Christian Jury is a vegan chef and cookbook author. In Vegan: The Cookbook, he brings together a recipe collection of 450 fresh, flavorful dishes from more than 150 countries. This wide-ranging guide to plant-based cooking showcases hearty bowls, stews, and curries alongside seasonal sides, refreshing salads, and unexpected desserts. Designed for today’s home cook, the book’s recipes are exciting, accessible, and will appeal to vegans, vegetarians, and omnivores alike.