The Difference Between A Macaroon and A Macaron! 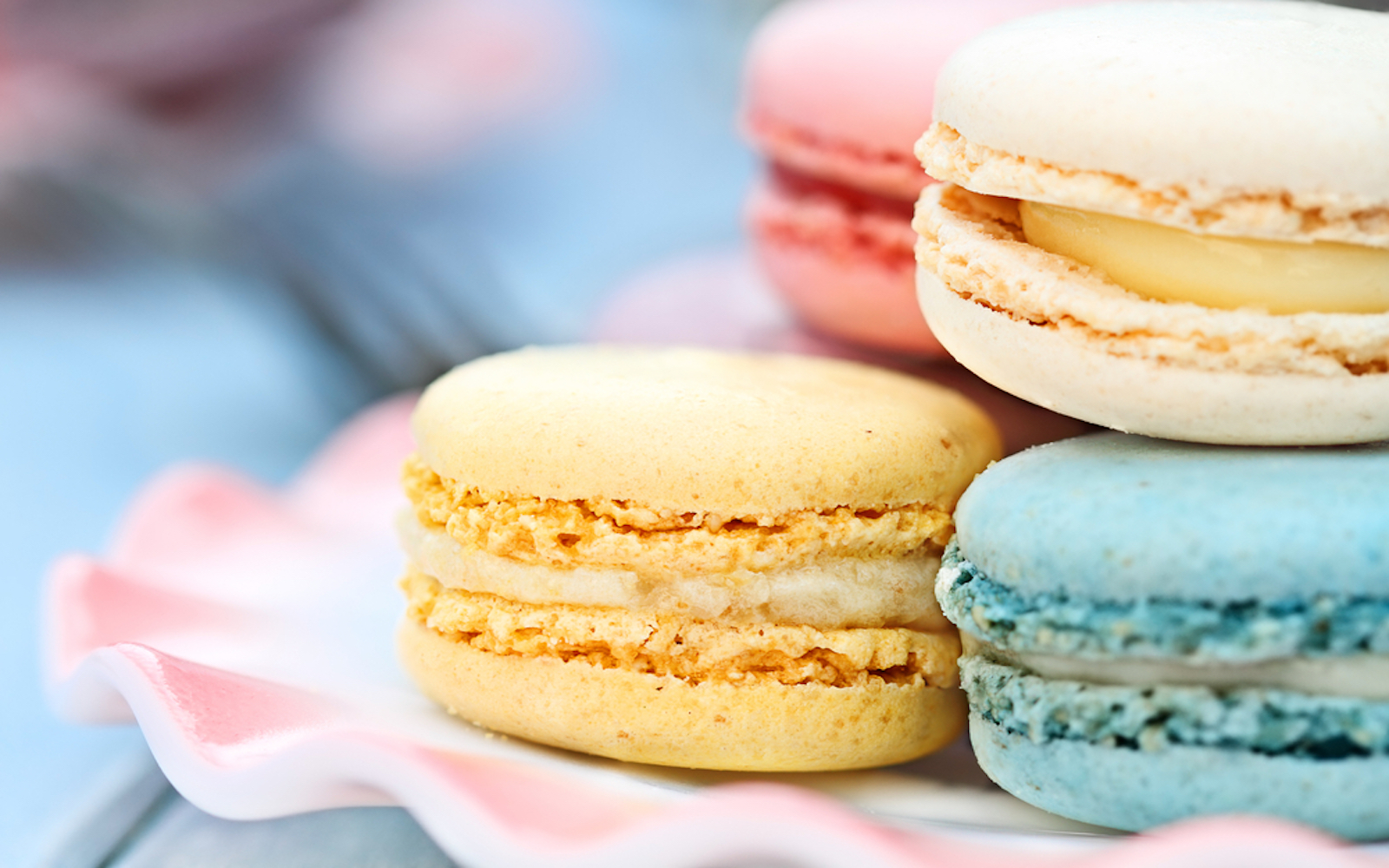 Macaron and macaroon, despite being similarly named, are actually entirely different cookies!

Over the past few years, both of these cookies have become increasingly popular. Yet, despite their popularity, there is still some serious confusion over the difference between them. They sound the same, are often called one or the other and both contain pretty, aesthetically pleasing looks that have gathered attention around the world, but they are not the same cookie!

In order to help you find the differences between these two little bitty snacks, we’ve gathered their origins, how they’re made, how they taste and a little tasty history behind both. 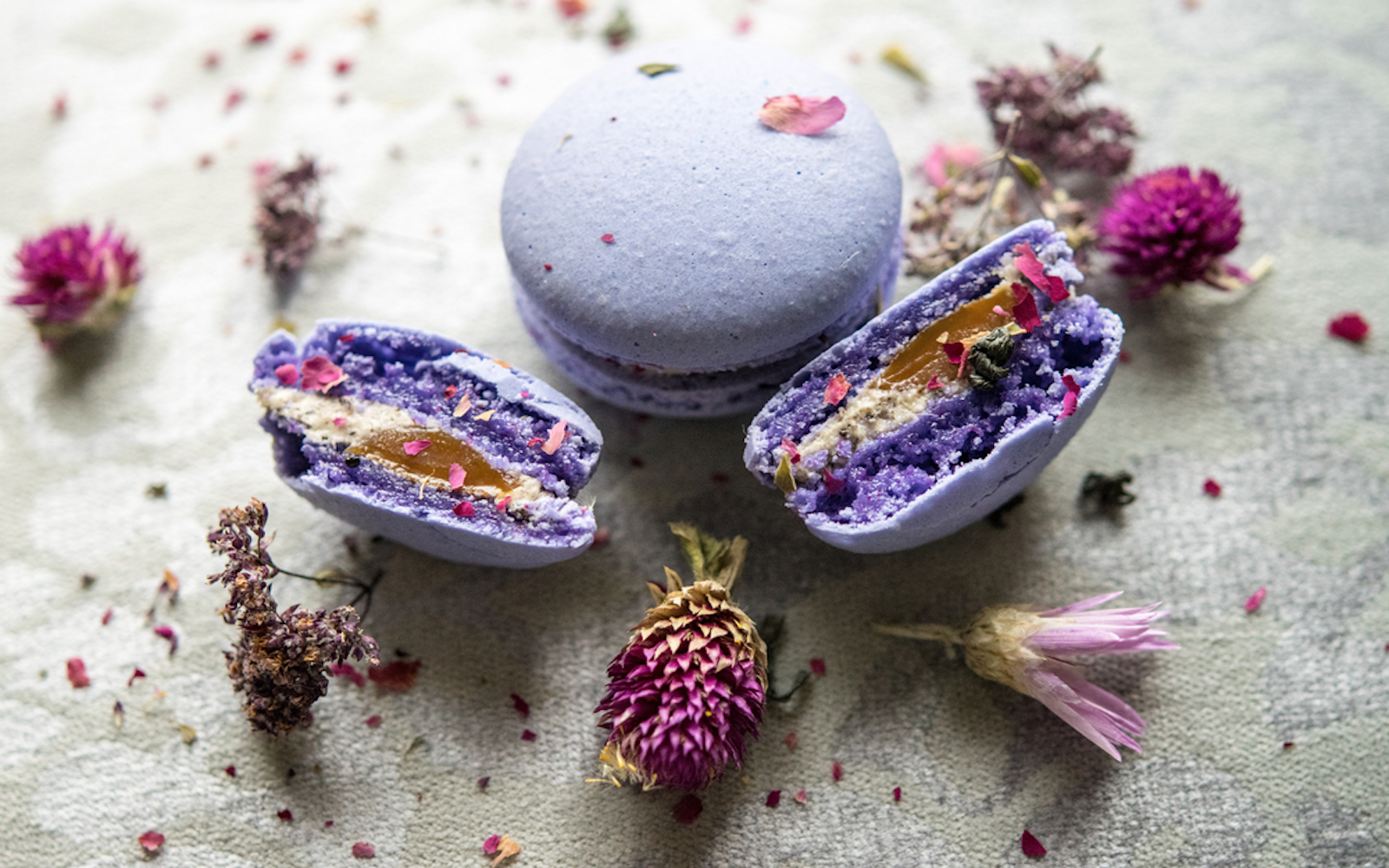 Although the little beauty known as a macaron may have just recently become a staple in bakery cases, is not new to the confection scene. A macaron is meringue and almond based and is one of the prettiest cookies around due to its vibrant hues and soft textures. This beautiful baked good is “macaron,” pronounced mah-kah-ron. The myth of the very beginning of this cookie suggests that Catherine de’ Medici brought them to France in 1533 when she married Henry II. The word macaron comes from the Italian maccherone or macaroni.

They have a smooth, crisp shell and a moist, chewy interior. Usually, they’re made with egg whites and lots of ground nuts, which helps them to attain that chewy texture without drying out and becoming too crispy, like a regular meringue cookie made with just egg whites and sugar. They’re either filled with a ganache, buttercream or fruit jam and are never too overly sweet which is appreciated in French cuisine and cooking. To cook these macarons, patience and time are needed; they require almonds and sugar to be carefully folded into the meringue.

Of course, everything can become a good vegan dessert. These Raspberry Rose Macarons are lightly floral, fruity and creamy. This Raw Chocolate and Caramel Macarons contain cacao powder and almonds, that come together to create a crunchy chocolate. Sticky Medjool dates, raw cashews, and coconut oil join to create a delicious caramel! These delicious Mango Macarons have an aquafaba base and are filled with a luscious raw cashew-mango buttercream. For something a bit richer, opt for these Macarons With Beet Chocolate and Coconut Cream. 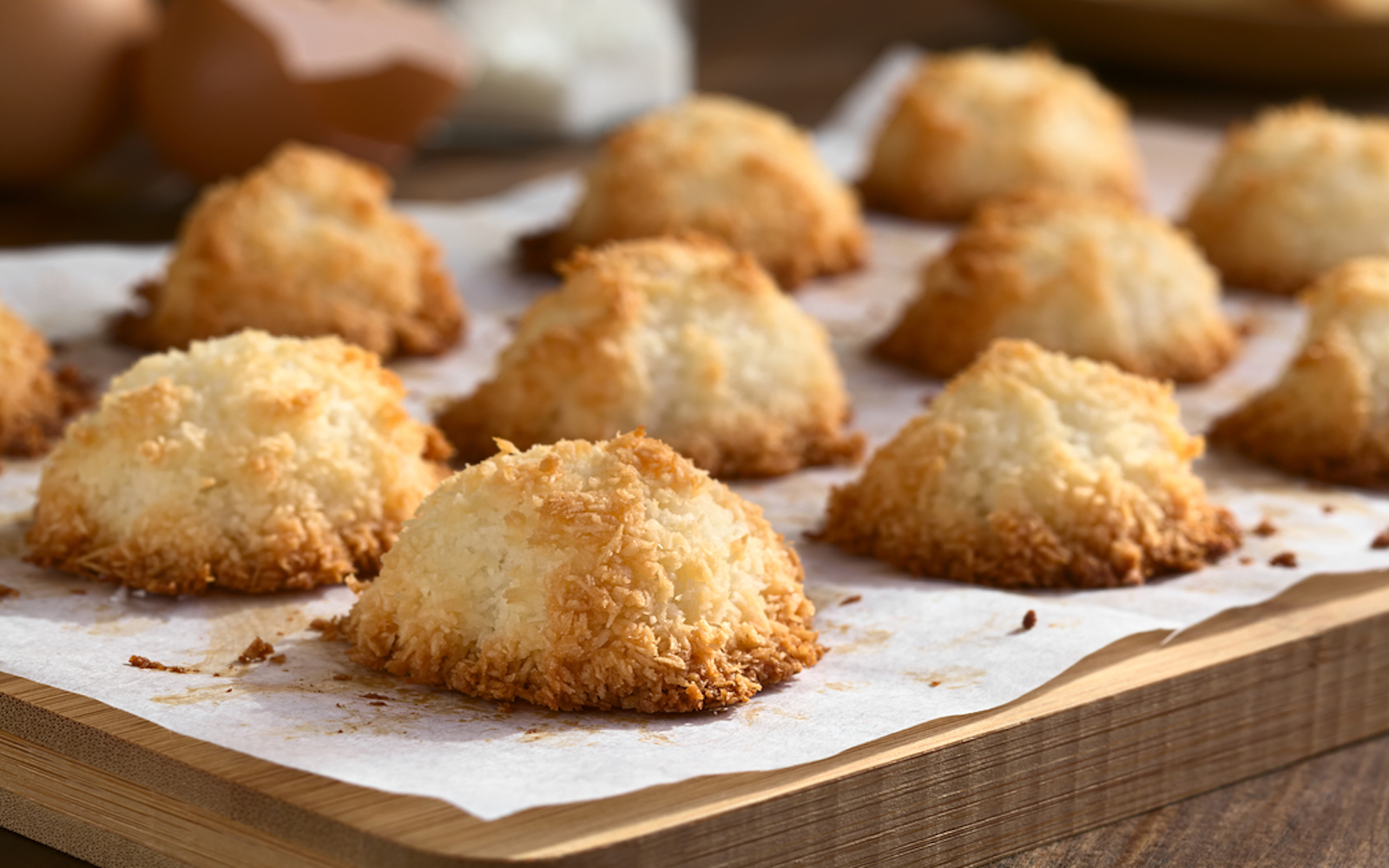 Macaroons are actually a crumbly cookie. They’re coconut based and usually are a natural color. Macaroon is an English derivation of the French word, macaron. Because of Indian imports in the 1800’s, when America revamped this cookie, they became known for their coconut features. They’re pronounced mack-ah-RUNE, which is the word usually used for both of these cookies.

They have a lumpy, dense texture for a chewy homemade feel and are ten times sweeter than their French cousins. Popular variations include lemon flavors, chocolate dips and squared. In order to make these, you’ll need 20 minutes and a napkin, because they are quite messy to eat! One of the best parts about them is that they can last up to 3 months if frozen, wow.

Macaroons are usually composed of egg whites and white sugar, but they don’t have to be. These Chocolate Macadamia Macaroons are filled with everything you could want in a chocolate treat. And these crumbly Neapolitan Almond Macaroons are decadent, filling, and easy to make! These bite-sized Chocolate Coconut Macaroons will be ready in just 15 minutes while these Unicorn Birthday Cake Macarons are birthday party ready and absolutely adorable!