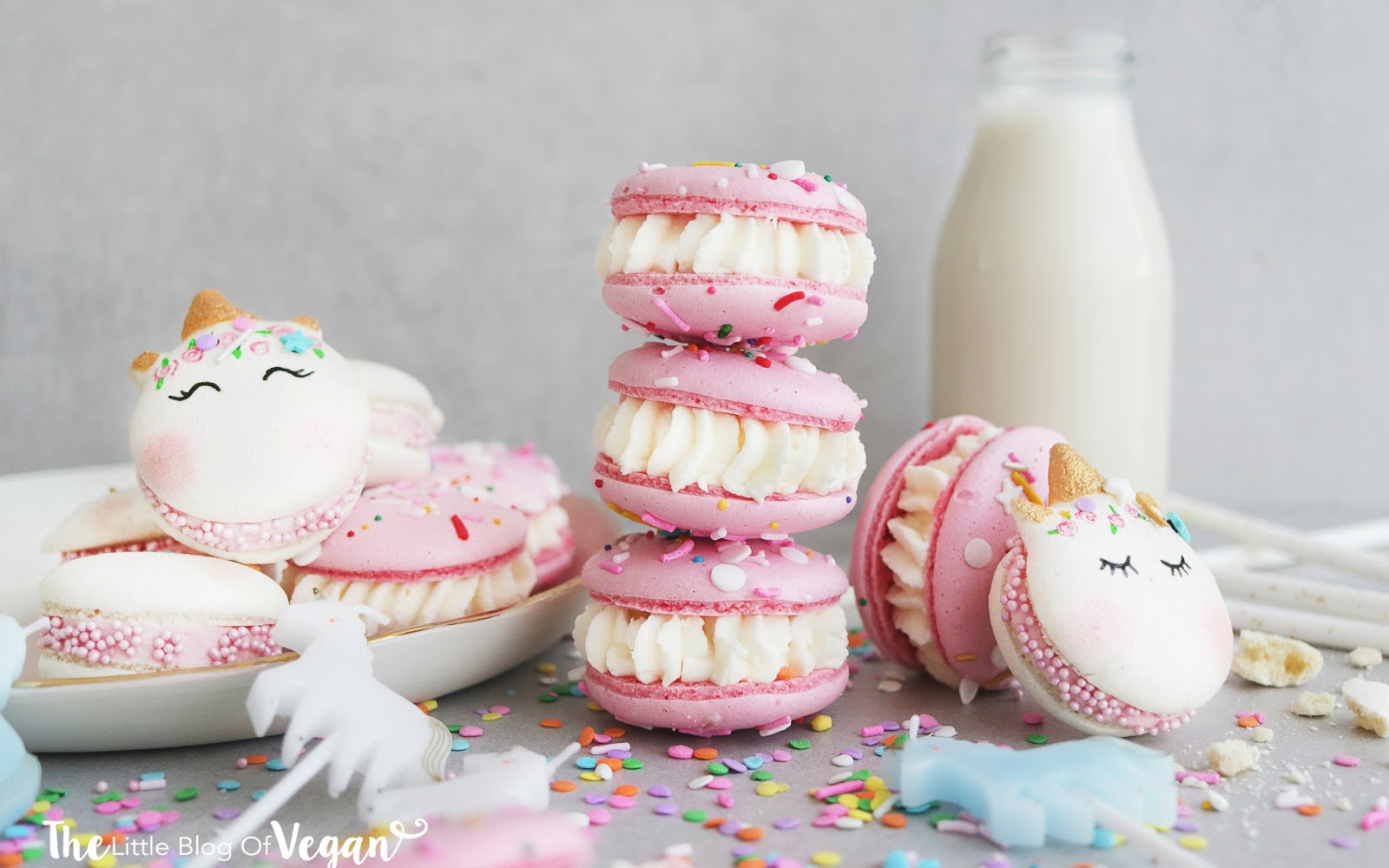 Ever imagined a birthday cake flavored macaron? Well...now you can have your cake and eat it too (in a macaron form)! Vegan macarons with a vanilla filling and a secret slice of vegan funfetti cake hidden in the middle, covered in vegan sprinkles!

For the Macarons: For the Filling:

For the Macaron Shells: For the Filling: