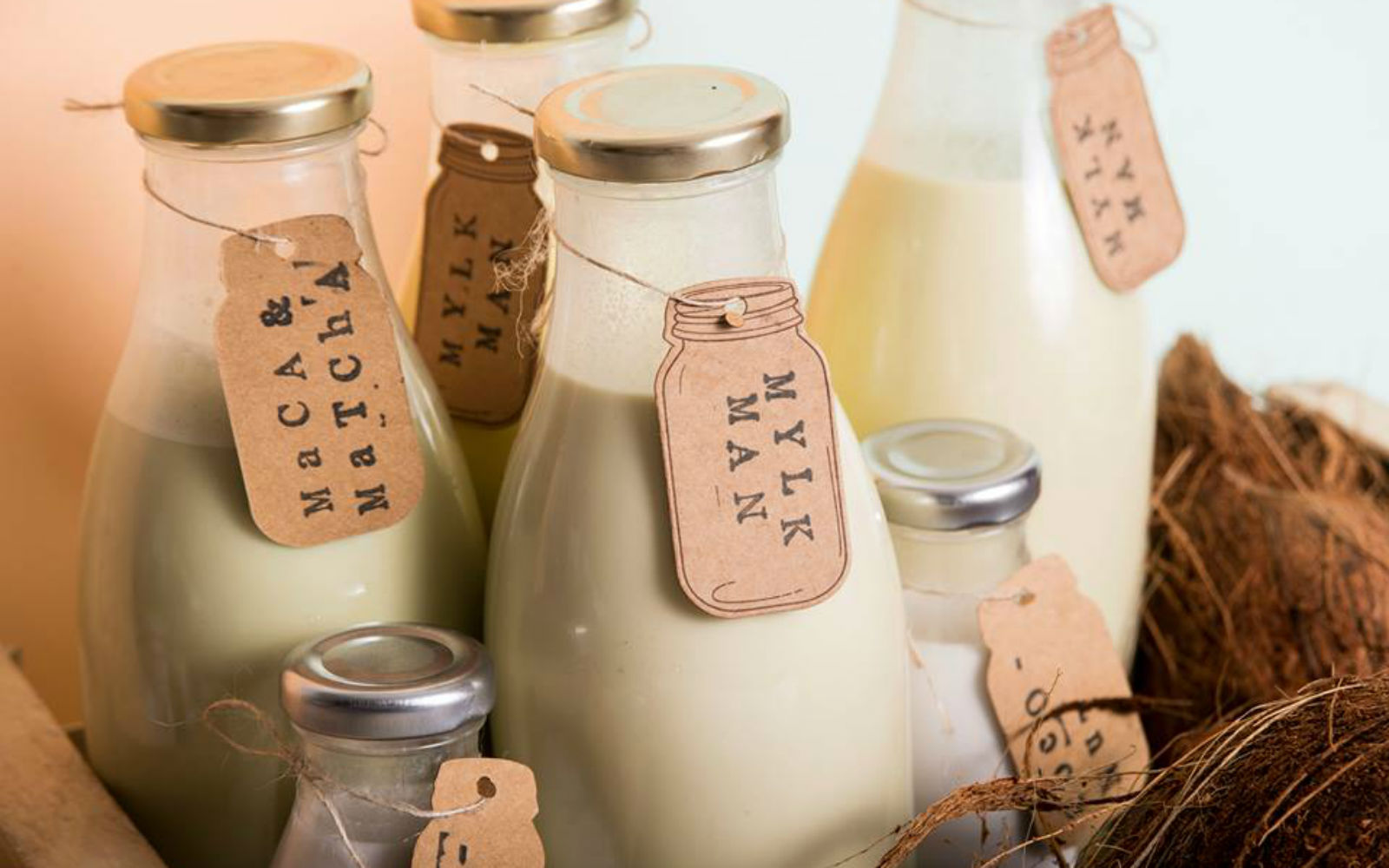 Over the last few years, the plant-based milk dairy-free beverage alternative sectors have experienced something of a ripple-effect that shows no sign of slowing down anytime soon; in fact, it’s quite the contrary. Not only is the plant-based milk is set to reach $16.3 billion in 2018, but the sheer variety of commercially available plant-based milks seems to be growing every day.

Whereas before, soy and almond milk were essentially the key players in the dairy-free milk market (and almond milk is still almost a billion dollar industry), there are now more options than ever, and with all the recent investments in the plant-based milk space (like Danone‘s acquisition of White Wave, the parent company of So Delicious, and Want Want’s announcement that it plans to expand its soy and plant-based beverage repertoire) we’re excited to see what’s next.

While people who are just getting into plant-based milk options are probably happy to rely on coconut, soy, and almond milk as they wean off dairy, we wanted to spotlight some of the more interesting dairy-free milk options available now. Check out our top six choices of unique plant-based milk you need to try below!

We get it — the idea of bananas being turned into milk is bizarre at first. But then we realized: one of our favorite summer treats is a creamy and satisfying bowl of banana-based nice cream. We also know that bananas can replace common dairy foods in baking. So maybe banana milk isn’t a big stretch.

Earlier this year, organic and dairy-free beverage company Mooala came out with Mooala’s Banana Milk. It contains only six ingredients, and is certified organic, non-GMO, and nut-free. We wrote about how Banana Milk is Now a Thing and We Want to Try it.

In 2015, Ripple Foods raised $13.5 million to develop its creamy and innovative pea-protein based milk, which allegedly contains a staggering eight times the amount of protein as almond milk does, and 50 percent more calcium than traditional dairy milk, as well as only a third of the saturated fat.  Ripple’s milk takes 96 percent less water to make than almond milk, 99 percent less than dairy milk, and 76 percent less than soy milk, too.

Don’t just take our word for it — take it from Adam Lowry, the co-founder and Co-CEO of Ripple Foods, in this One Green Planet podcast episode called, “Creating the Purest Plant Protein and a Ripple Effect in the Food System With Adam Lowry of Ripple Foods.”

The United States-based vegan start-up, Canvas launched their first barley milk beverage product in the fall of this year and here’s the kicker: the company made its dairy-free milk out of the waste from beer. That’s right! Milk from beer.

During the brewing process, starch from the barley grain goes into the beer, leaving behind fiber and plant-based protein, which is referred to as “spent grain.” Around eight billion of pounds of spent grains are produced every year, but because that grain is highly perishable, breweries often end up letting it go to waste — which is where Canvas steps in.

Veggemo decided to go super allergy-friendly and produce a milk made from pea protein, tapioca, and potato, and it’s perfect for the people who are trying to or need to avoid soy and/or nuts.

The beverage achieves an ultra-creamy, milk-like texture from the tapioca, gets its traditionally milk-white color from the potatoes, and its nutritional value from all that pea protein. Veggemo is gluten-free, soy-free, non-GMO, and cholesterol-free, as well!

A London-based nut milk company called Mylkman delivers bottles of plant-based milk directly to customers’ doors. All the products delivered are plant-based, with simple, whole ingredients like almonds, Medjool dates, coconut, pistachio, turmeric, and pink Himalayan sea salt. Mylks are made-to-order and can be made sugar-free by request.

Additionally, the company ditches plastic and uses recyclable/reusable glass bottles, and they even offer customers a discount for returning the bottles. To make things even more environmentally-conscious, Mylkman delivers their mylks by bicycles instead of cars! Oh and if things couldn’t seem any better, ten percent of all profits go to Greenpeace, which makes us love the brand even more!

This recipe for Raw Cacao Milk can be made in the comfort of your home, and it’s gluten-free, sugar-free, soy-free and lactose-free.

This Maple Pecan Milk sounds like the plant milk that dreams are made of, and it’s cozy, sweet, comforting, and delicious!

This Hazelnut Fig Milk only takes five minutes to make. The addition of dried figs, vanilla and just a pinch of salt elevates plain hazelnut milk and creates a sumptuous, unique new drink.