It’s NOT Raw! Gordon Ramsay, We Just Made 5 of Your Classic Dishes Vegan 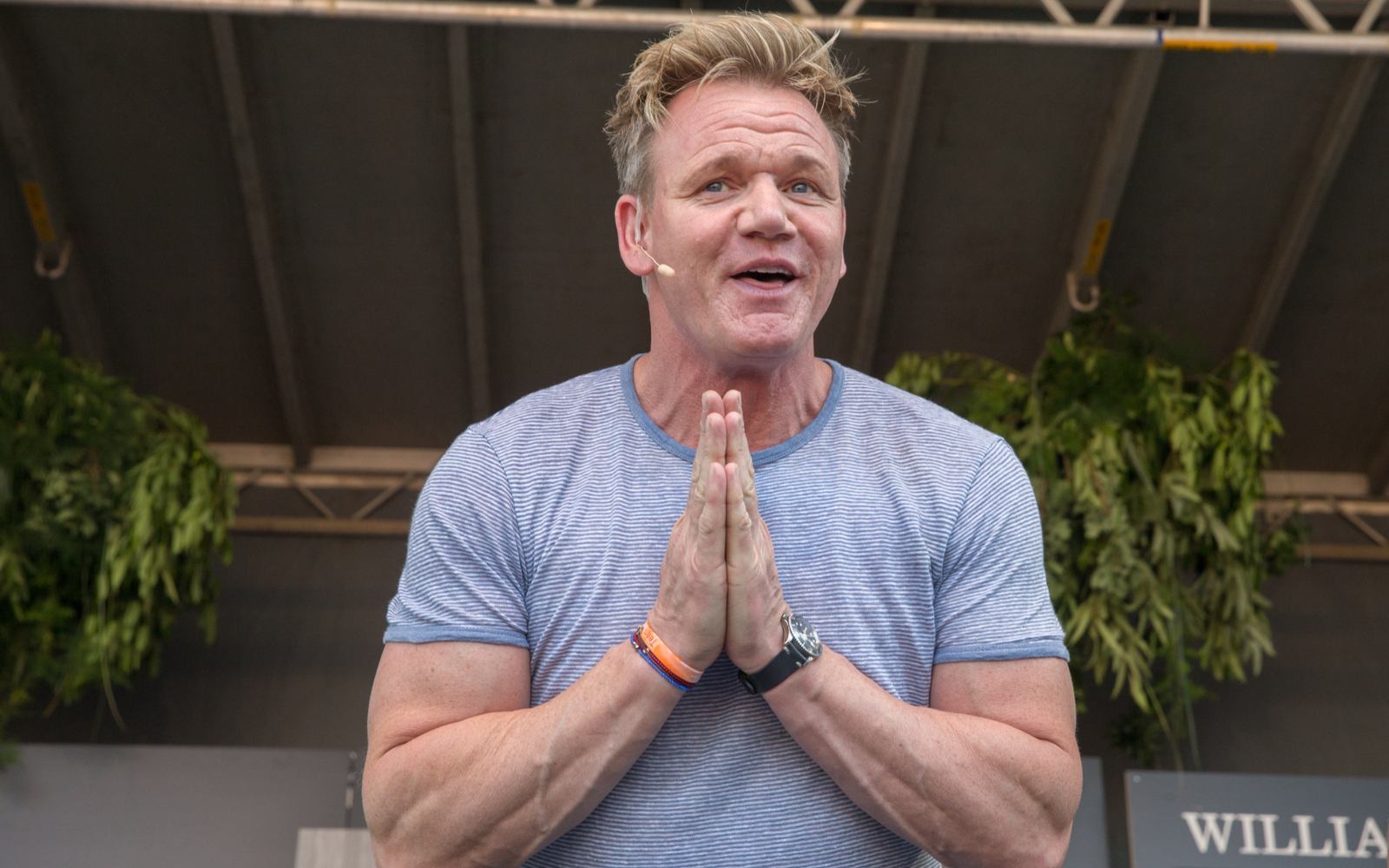 Celebrity chef and internet phenomenon Gordon Ramsay is known for many things. Not only did he recently nab himself an Emmy nomination for hosting MasterChef Junior, a televised cooking competition featuring adolescents, but he’s widely recognized as being one of the most vociferously opinionated chefs in the public eye.

The cranky chef has a spanning repertoire of insults that he’s been known to use to express his disdain over other people’s culinary attempts. His exclamation, “It’s raw!” has even been turned into a meme. But do you know what kind of cooking style will not only render your dishes edible but also eliminate the possibility of serving dangerously undercooked meat? Plant-based!

We’ve scoured the depths of our Food Monster App to bring you plant-based variations of five dishes that Chef Ramsay is known for.

The most infamous dish from Chef Ramsay’s television show, Hell’s Kitchen, is perhaps his Beef Wellington. The traditional British dish consists of a seared filet mignon that is then coated with pâté and duxelles (which are pulverized mushrooms), and wrapped in puff pastry. Our variation is this Pecan and Mushroom Wellington; it’s savory, crispy, and features a beautiful lattice crust.

Ramsay demonstrated his technique for scrambled eggs to his Masterchef contestants on this season’s episode, “Shell-Shocked and Scrambled.” Not only are there a bounty of plant-based egg replacements you can use to make baking and cooking a cinch, but there are actual plant-based eggs available to purchase that actually scramble. We recommend making this gluten-free “Cheesy” Tofu Scramble for a satisfying breakfast.

Cauliflower is all the rage right now. Not only is the vegetable super adaptable (people are even using it in smoothies now!) but it’s anti-inflammatory, rich in vitamins, and a tasty way to eat your nutrients. This gluten-free 5-Ingredient Cauliflower Soup is creamy, cozy, and sure to exceed even Ramsay’s high standards for this comforting soup.

Ramsay’s risotto is a dish that most contestants on Hell’s Kitchen dread having to prepare. It is a traditionally time-consuming dish, but definitely worth the effort. This gluten-free Truffled Mushroom Risotto is aromatic and a definite crowd-pleaser, while this Fiddlehead Fern Risotto is an innovative take from Blossom on Columbus in New York City.

When Ramsay was asked what five meals he believes every chef should make, he chose a “braising dish” as the third requirement. This Simple Chinese Braised Tofu uses familiar ingredients that are probably already in your pantry and is a great recipe for beginners. Once you’re comfortable with braising, we recommend trying these Braised Seitan Short Ribs in Spicy Chili Sauce for a more hearty, umami-heavy dish.

If you loved these recipes and are looking for more recommendations, we highly recommend checking out our Food Monster App, which is available for both Android and iPhone, and can also be found on Instagram and Facebook. The app offers 500 free recipes, but if you subscribe you gain immediate access to over 8,000 plant-based, allergy-friendly recipes, as well as ten new recipes per day. Check it out!