Top News: Billie Eilish Fights Climate Change, Cow With 115 Pounds of Plastic in Belly, and an Animal Testing Lab Forced to Shut Down 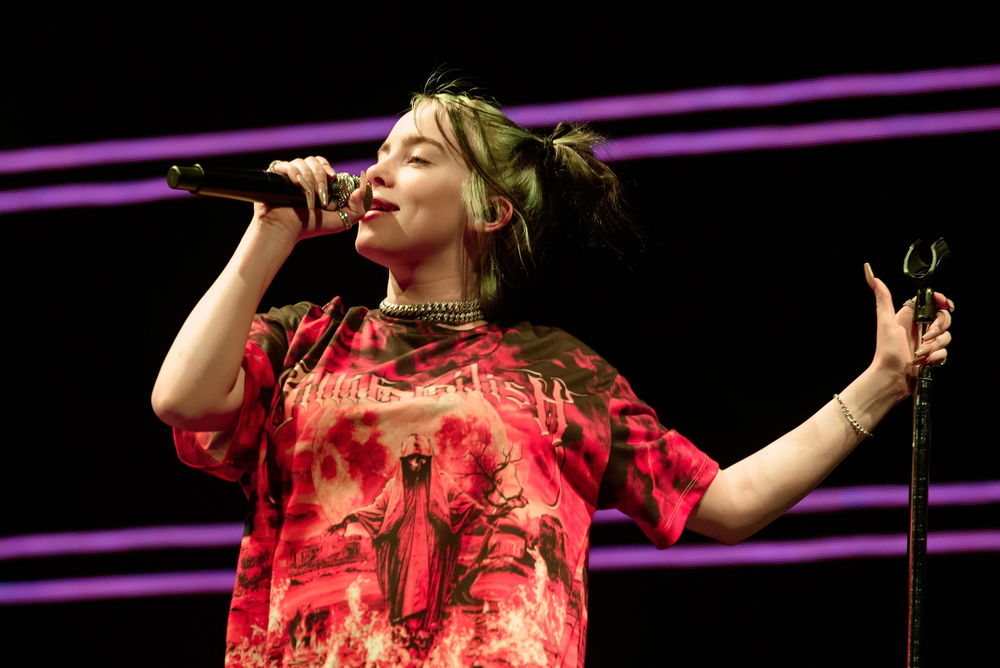 It is essential to stay up to date with the latest animal and environmental news. We’ve gathered the top news of the week in one spot to give you easy access to some of our most important stories. Learn about climate change, animal rights, and what you can do to help. Don’t forget to also sing up for the One Green Planet Newsletter so you’ll never miss a beat.

This week’s stories include a controversy around Kendall Jenner’s Halloween photos, an adorable video of rescued animals at a sanctuary, and progress toward ending animal testing in labs, and more petitions you can sign to end animal abuse.

1. Kendall Jenner Kneeling on Back of Horse for Halloween Fashion Photo is Disgraceful

Model Kendall Jenner recently posted a photo of her Halloween costume to Instagram that shows blatant disregard for animals. There are multiple photos in her Halloween post, but one that stands out most is one of her kneeling on the horse’s back. Horses are beautiful, majestic animals that are big, strong, and fast. But what many people might not know is that horses are actually quite fragile. They’ve evolved and been bred to have certain leg sizes and body weights which make them more fragile and susceptible to injury. See the photo and read more about the incident.

2. Petition: End Deadly Primate Testing in the University of California at Davis!

One specific place has come under fire this year for their refusal to reveal footage of what goes on in their research laboratories. According to PETA, The University of California at Davis (UC-Davis) has one of the largest primate laboratories in the United States, with more than 4,500 monkeys being cruelly exploited for breeding or taxpayer-funded experiments. Read more about cruel experiments at UC-Davis and sign the petition!

people who can torture, harm, and kill animals are dangers to everyone. This, along with justice for the tortured cat, is the reason for the demands for justice in the case of a 22-year-old man in Texas who was caught on camera cruelly torturing a cat. The man was caught on surveillance footage in the pool area of an apartment complex brutally beating a cat. Authorities have the footage which they describe as “difficult to watch.” Read more details on the crime, watch the video, and sign the petition!

4. Petition: Urge Senate to Pass the Prevent All Soring Tactics (PAST) Act to Protect Horses!

Just four months ago, the House of Representatives voted to pass the Prevent All Soring Tactics (PAST) Act, but the bill has still not been passed by the senate. Tennessee walking horses are the ones primarily used for shows that require the cruel soring methods. The horses are beloved for their impressive gait which features them taking very high steps, but this is not natural to them. Different methods of soring include chemical, mechanical/physical, and action devices. Sign the petition and read more about this cruel training tactic.

5. Horrible Laboratory Exposed for Torturing Monkeys, Dogs, and Cats Forced to Shut Down!

Three weeks ago, we reported on an investigation done by Cruelty Free International and SOKO Tierschutz. They exposed the Laboratory of Pharmacology and Toxicology (LPT) in Lower Saxony, Germany where Monkeys, dogs, and cats were found in incredibly stressful and painful situations. The animals can be seen in a video below suffering immensely. Cruelty Free International informed One Green Planet that LPT has been forced to shut down one of their three animal testing laboratories. It’s good news, but it isn’t quite enough. Sign the petition and read more about what you can do.

6. Cow Found With 115 Pounds of Plastic in Belly

We know that plastic is a big problem and is getting into fish and ocean animals. But now we have evidence of it affecting land animals too. In India, a cow from Thirumullaivoyal was brought into a veterinary clinic in Tamil Nadu and received surgery to remove 52kg (114.64 lbs) of plastic from its stomach. The animal was found to have plastic, pins, needles and other waste in its belly. Owners brought it into the veterinary hospital, where surgeons spent over five hours removing waste from its stomach. Read more about the turmoil this poor cow went through and why you should use less plastic.

Debarking is accomplished by way of a major invasive surgery at the risk of infection, blood loss, and other complications. The veterinary term for the procedure is ventriculocordectomy. Partial devocalization consists of removing only a portion of the vocal chords, while total devocalization refers to the removal of a major portion of vocal chords, according to the Humane Society of the United States. Representative Tim Sneller has introduced a bill to ban this cruel surgery in Michigan. Read more about the bill and sign the petition!

8. Video of Rescued Animals Enjoying Themselves in a Sanctuary Will Inspire You to Help Save Working Animals!

Animal Rahat is an organization in India that advocates for replacing working animals with industrialized machines. They rescue and take in orphaned, abused, and injured animals. Their primary mission was to help working animals in India, but they come to the rescue of any animal in need. They recently posted a heartwarming video of their rescued animals enjoying themselves to the fullest. Watch the adorable video and read more.

Eilish is offering fans free tickets in exchange for helping climate change. This isn’t the first time the singer has spoken out about climate change. Billie Eilish and Woody Harrelson released a video in September bringing more attention to climate change. In the video, Eilish said, “Our Earth is warming up and our oceans are rising. Extreme weather is wrecking millions of lives.” Find out more details about how she plans to help.

10. An Entire Thai Village is in the Business of Mercilessly Training Elephants for Captivity

Elephants are the center of life in Ban Ta Klang, a town in eastern Thailand. For many years this part of Thailand has been hosting, caring for and domesticating elephants. But the tourism facade has a harsh reality. These elephants have faced pain and suffering to become domesticated. Before elephant tourism was popular, these animals were used in transporting logs, and many are sold to circuses or zoos after they are domesticatedby the villagers. Read more about the lives of these poor elephants.